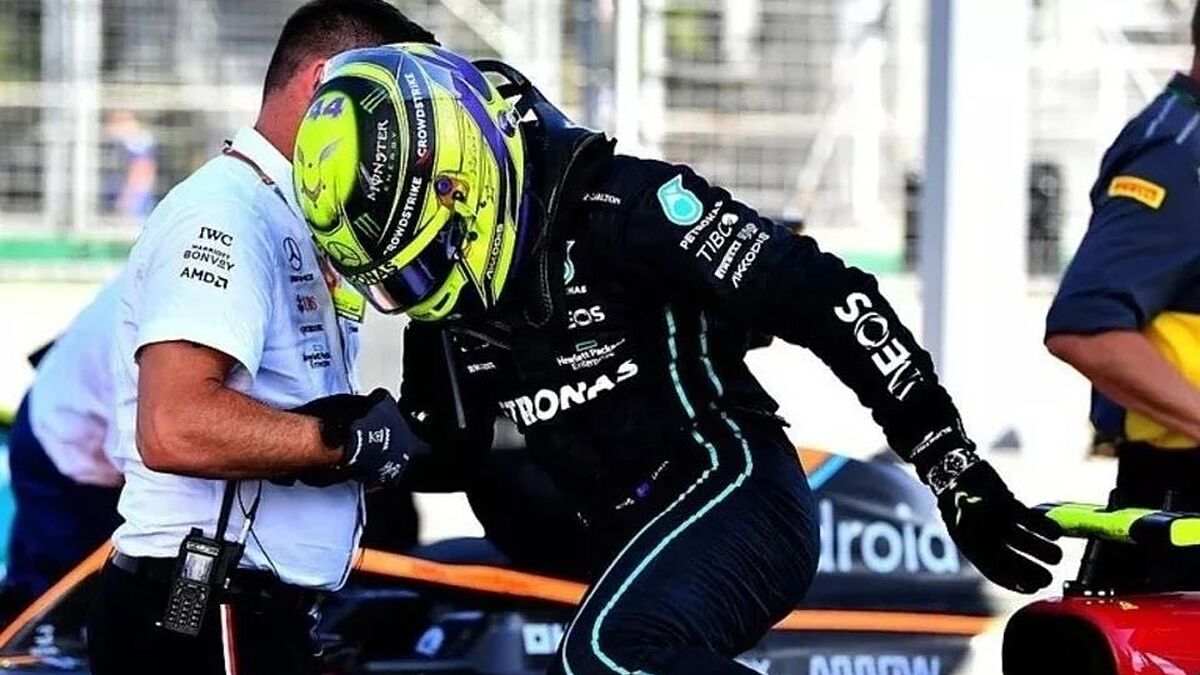 Mercedes chief strategist James Vowles says the team went too far on set up at the 2022 Azerbaijan Grand Prix, which resulted in discomfort for both George Russell and Lewis Hamilton.

The seven-time World Champion described the event as the “most painful race ever” after warning his team he thought he was going to crash due to how difficult it was to control his car.

In Mercedes‘ Azerbaijan race debrief video, Vowles admits the car’s setup resulted in severe bouncing on the straight, which caused an excessive amount of discomfort for the drivers.

“On this occasion we pushed the package and our drivers too far,” Vowles said. “We are putting them into significant discomfort and we simply can’t do that again.”

Hamilton will race in Canada

Although there were concerns Hamilton‘s severe back pain might force him to miss the Canadian Grand Prix, Vowles confirmed he will compete after recovering from his injury.

“I’m pleased to report that the Lewis is here this morning,” said Vowles. “I’ve spent a few hours with him and he’s okay. He’ll be back in the car in Montreal.

“He’s an elite athlete that will push the bounds of endurance of himself and the car and that’s what Formula 1 drivers do, that’s what makes them exceptional.”

At one point of the race Hamilton noted that his seat had gone cold despite track temperatures reaching over 45 degrees Celsius.

Vowles explained that the sensation was caused by the severe bouncing of the Mercedes down the straight.

“I spent a few minutes with Lewis earlier to actually ask him what happened,” said Vowles. “Nothing really had changed in the car, it just looks like after the amount of pummelling his back had taken from the bouncing, he fundamentally had a numbness that set in and it looks like the cold was a response to that.

“So there wasn’t anything cold in the car. It’s just a response to the amount of endurance and pain he’d been through in the race.”