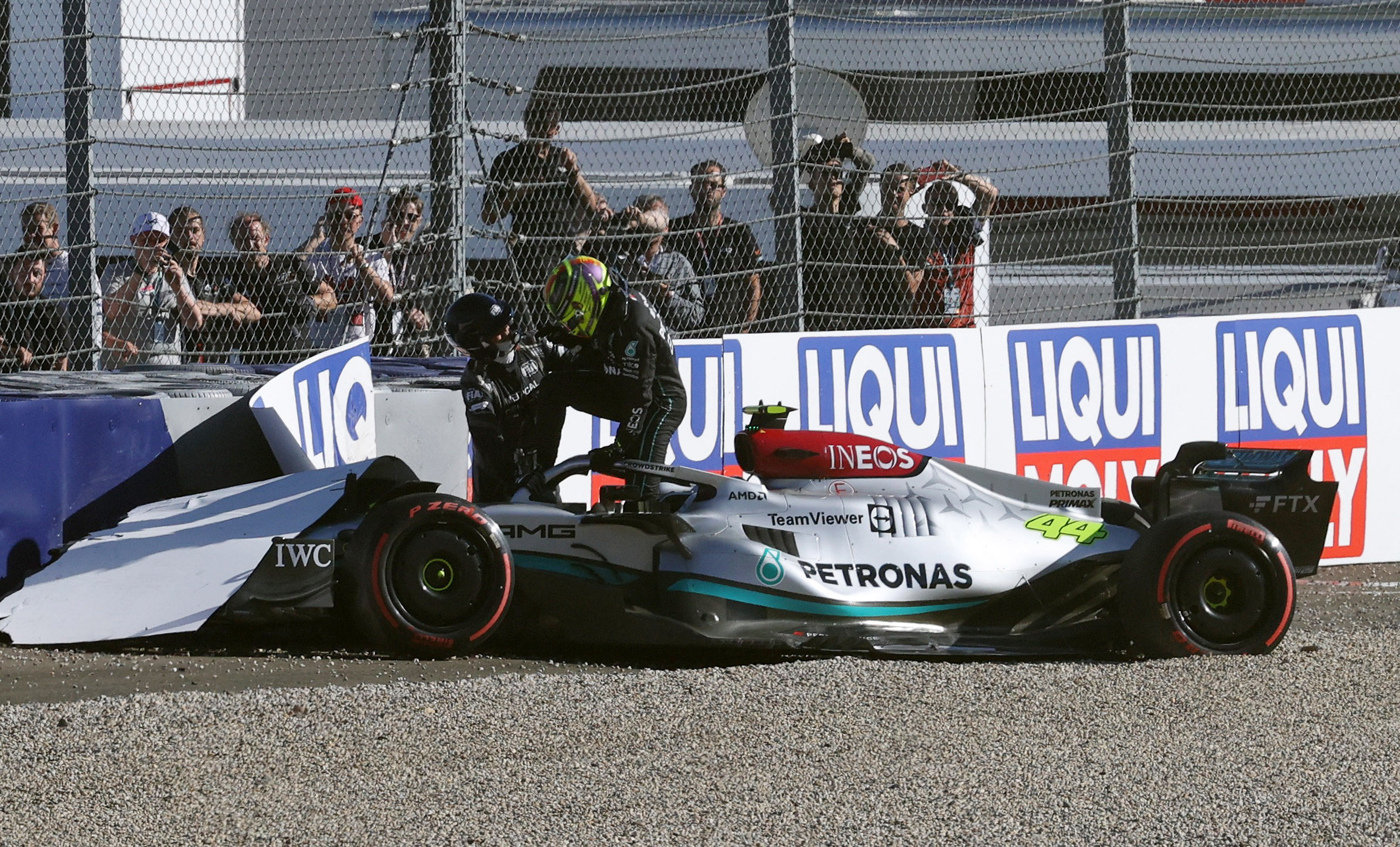 Mercedes technical director Mike Elliott has revealed the extraordinary effort made by the team to fix Lewis Hamilton‘s W13 after crashing out of Friday’s qualifying session for the 2022 Austrian Grand Prix.

The seven-time World Champion sent his car into the barriers during Q3, which forced him to start Saturday’s sprint in ninth. Although Hamilton only managed to make up one spot, a strong performance in Sunday’s race resulted in him finishing third – his third podium in a row.

Elliott credited the Mercedes team for building the Briton’s car from “scratch” after opting not to use one of their curfew jokers to fix the car overnight, with Hamilton even managing to make it out for the final 20 minutes of FP2.

“There is a huge amount of work that went into getting those cars ready and in Lewis‘s case he had done so much damage to the chassis, actually only cosmetic damage, but damage that we couldn’t fix in the field,” said Elliott in the latest Mercedes Race Debrief video.

“We had to sort of build his car from scratch on Saturday morning. So, that car had to be built from nothing, fitting the engine, the gearbox, all the suspension, all of the sort of car systems that bolt around the chassis, all had to be put in place and the mechanics managed to do that in three and a half hours on Saturday morning, which is an amazing achievement, and all credit to them for actually getting us back out and into FP2.

“And the advantage of getting out into FP2 is that you can actually make sure that the set-up on Lewis‘s car was right, that the balance was right and that he was happy with the car in time for [the] Sprint.”

George Russell, who also crashed on Friday, managed to finish Sunday’s race in fourth, and Elliott believes the performance from both cars shows the team is starting to claw its way back to the front.

“While… we want to be fighting at the front, we want to be the quickest car we possibly can be… in circuits like this I think that’s a good result for us and it shows that the bits we are bringing to the car are starting to make the step forward we want to make, and hopefully we can keep making those steps forward and get ourselves into a position where we can compete at the front in every race,” said Elliott.