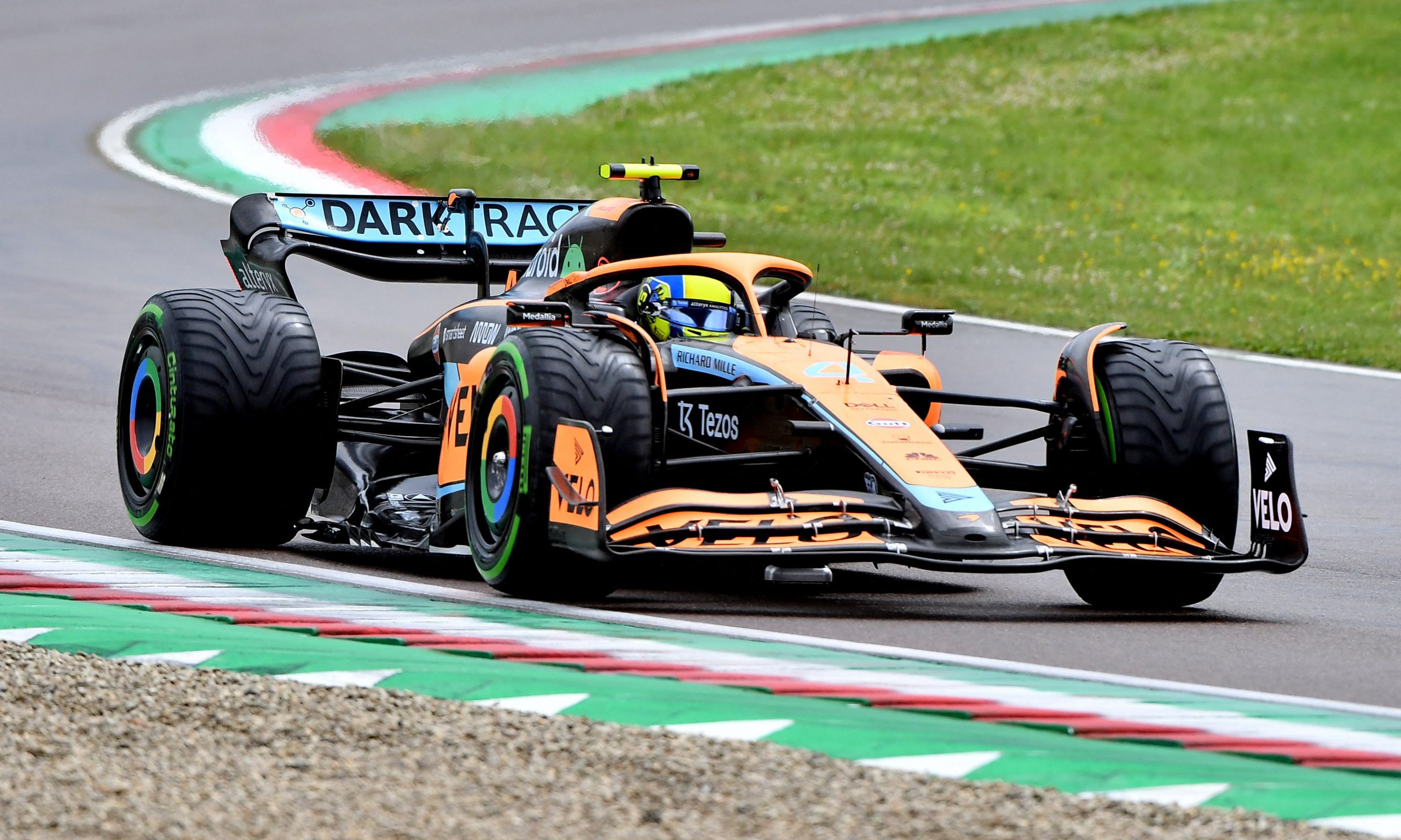 It looked like McLaren were set for an excruciating 2022 following their dismal weekend at the season-opening Bahrain Grand Prix. Despite better results in Saudi Arabia and Australia, Lando Norris in particular was still downbeat about the car’s performance but that changed at Imola.

Norris was on top form and delivered a weekend which he described as perfect by qualifying third in the wet, finishing the sprint race in fifth and taking a remarkable podium to give McLaren a huge boost.

The result vaulted Norris up the championship standings to sixth place, ahead of Lewis Hamilton, and McLaren will now believe they have what it takes to beat Mercedes in the constructors’ championship.

It shouldn’t be a surprise to see Norris performing magnificently and maximising the car’s potential when he has the sniff of a podium.

Norris felt a front row was possible if Q3 he didn’t make a mistake on his outlap at Acque Minerali, causing qualifying to end early as a consequence. Nevertheless, on a day when plenty of drivers made mistakes, the top drivers shined, including young Norris who seems to thrive in wet conditions.

Rarely does Norris ever look flustered and his lack of crucial mistakes during his 64 F1 race starts is a key sign that he has the qualities to become a world champion one day.

We saw that again at the weekend when he didn’t fight Sergio Perez and Carlos Sainz too hard in the sprint, nor Charles Leclerc in Sunday’s Grand Prix, knowing that they all had much faster cars.

As much as we want to see drivers fighting for every single position like their life depends on it, there is no point battling hard, using up your tyres and losing time. You have to be smart and aware of the race situation, which is a skill Norris has quickly get on top of.

“P3 for Lando comes as the result of hard work and a well-managed strategy,” said McLaren team principal Andreas Seidl. “He drove a great race. After a good start, he worked very hard, looked after his tyres, managed the gap to the cars we were racing and put himself in the best position to take advantage of any opportunity that came his way.

“The performance we saw this weekend on a different track and in a variety of conditions confirms the potential of the MCL36 that we have been unlocking race by race. That said, we remain realistic about the work we have to do to close the gap to the front of the field. Also our pit-crew again delivered good pit-stops.”

Norris‘ fantastic start saw him jump Leclerc, and he crucially wasn’t involved in the mayhem between Sainz, Daniel Ricciardo and Valtteri Bottas. From there, Norris got his head down and he had a very lonely race, but was there to take advantage of Leclerc‘s spin in the latter stages of the Emilia Romagna GP.

How have McLaren turned things around?

The most positive aspect about McLaren‘s upturn in form is they have not required any major upgrades to go from the back of the midfield, to the front.

It really does look like Bahrain was the low point of their season and their shocking result was due to a lack of mileage in the second pre-season test and the front axle issue with the brakes that hampered their running.

“We needed the improvements everywhere,” Norris told the press when asked about the areas McLaren were weak at the start of the season. “High speed, medium speed, slow speed, maybe more bias towards the slower to medium speed.

“But as a package, everything needs to be just that next level. I think as we’ve said, in the past, the balance has been good and we’re happy with the balance, it’s just, you do a good lap, you do something that feels good, and you just slow because you go around every corner, slower than the others.

McLaren brought a new rear wing to Imola which seemed to work wonders and gave the car more grip in the medium speed corners.

All of the teams have been busy understanding their cars, and this will still be the case up until the summer, and McLaren appear to have had one of the steepest learning curves of the field.

The Woking-based team are set to bring a big upgrade at the Spanish GP (May 20-22) and if that gives Norris and Daniel Ricciardo a big chunk of performance, more podiums will be on the cards.

Norris says most of his and Ricciardo‘s feedback about the MCL36 have been the same, which has also enabled the team to understand the car.

“We have different slightly different driving styles, so they’re not always identical but in how we want to improve the car and get quicker, they’re pretty much exactly the same,” added Norris.

“The guys and girls are focusing hard to come up with these new paths. I’m confident over the length of the season, we can continue to bring more and try and get closer to these guys [Red Bull].”

What about Daniel Ricciardo?

We shouldn’t forget Ricciardo and the other half of the McLaren garage have played a part in the mini revival too, it’s just a shame the Australian hasn’t had the results to show for all the hard work.

Ricciardo has been much closer to Norris this season compared to 2021 and was very unlucky that the smallest of mistakes, when he slipped across the track at the first chicane and turned Sainz around, led to him not only having a trip through the gravel, but Bottas hit him in the rear which damaged his diffuser.

Norris has been on average three tenths of a second quicker than Ricciardo in qualifying this year and things have been much closer in race trim too. It’s been a frustrating season so far for Ricciardo, with a gearbox issue leading to a retirement at the Saudi Arabian GP and then a story of what could have been at Imola.

There is no doubt Ricciardo is driving better than he did for most of last season though and sooner, rather than later, we should see some great results to demonstrate that clear improvement.