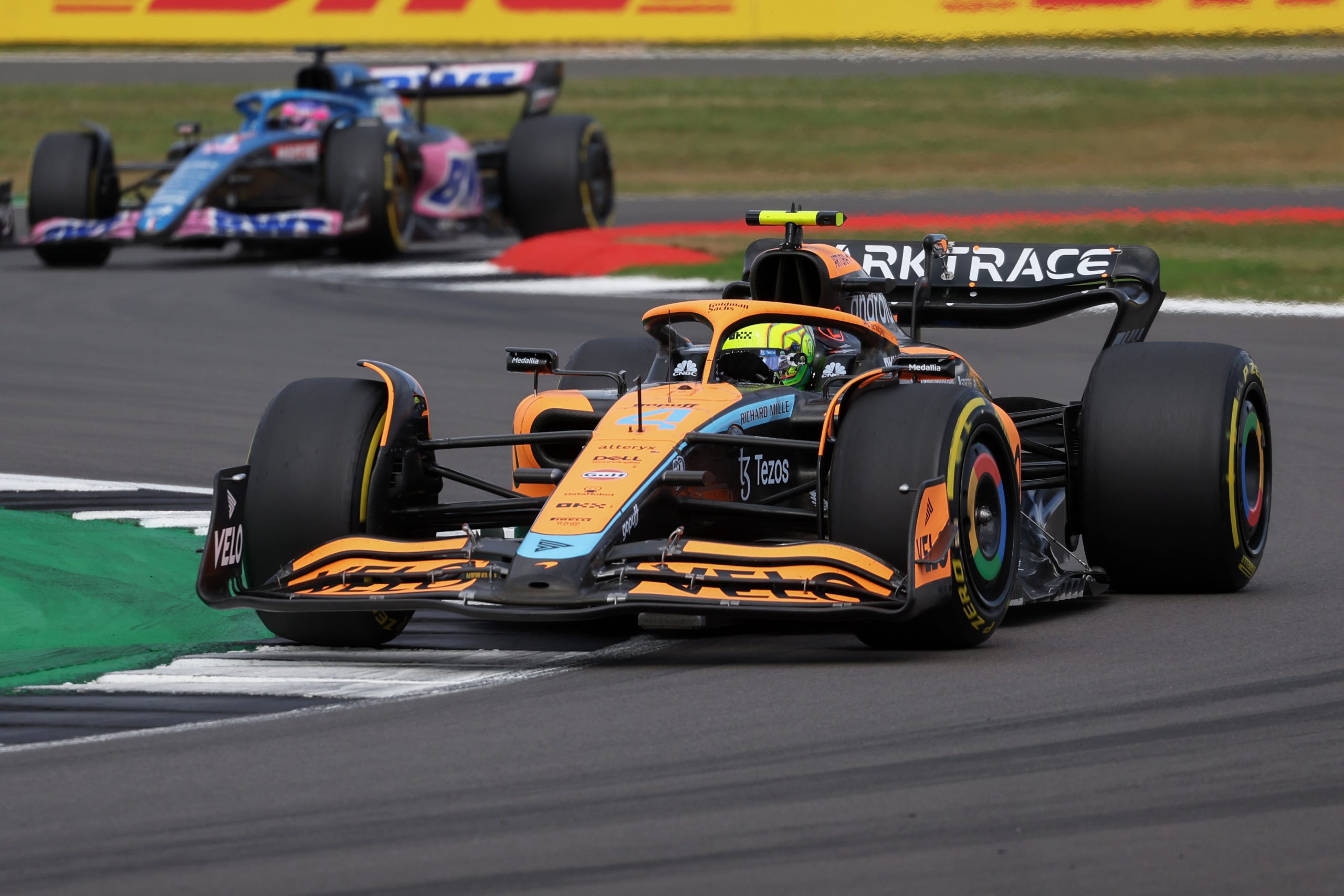 You didn’t need to watch the 2022 British Grand Prix to assess the contrasting fortunes of both McLaren drivers at their home race – just listening to their respective post-race interviews gave a tell-all insight on their headspaces leaving Silverstone.

The contradictory tones ring clear from the off – Norris upbeat after securing his sixth-place finish and looking optimistically towards Austria, Ricciardo struggling to find anything positive and hoping for the ‘quick fix’ that’s so far eluded him in 32 races for McLaren.

When you’re talking to reporters and the fifth word out of your mouth is ‘sad’, it’s a pretty clear indication of where a driver’s head is at.

He was quick to point out the DRS failure that cost the Australian an extra pitstop and meant he couldn’t attack the field post-safety car, but added that he struggled for grip throughout the race.

That’s in addition to a disappointing wet qualifying on Saturday that underlines he’s still struggling to understand his McLaren.

Whilst not in the top echelon of rainmasters on the grid, in times gone by the conditions would’ve provided an opportunity for the Australian – just look at his second-ever F1 win.

But it just threw up more barriers at Silverstone, Ricciardo was able to escape Q1 at the death but couldn’t dial in quick enough in the second part of qualifying before the rain worsened making it impossible to improve.

The contrast to Carlos Sainz, who he replaced at McLaren, was painfully stark.

The Spaniard went through growing pains in the midfield with Renault and lost his seat to Ricciardo at the end of 2018, but turned over a new leaf at Woking that set him on the path to celebrating his maiden victory at Silverstone.

Maybe Ricciardo needs that change – he signed a ‘multi-year’ deal starting in 2020 which he believes will see him stay in papaya until 2023, but McLaren insist that’s not cut and dry and they could part ways sooner.

Whatver the situation, Ricciardo will be hoping and praying for a better time next week in Austria. But it’s worrying that he’s looking towards the Red Bull Ring more in hope than expectation.

“Honestly this year I have no idea, it’s been so up and down, I can’t predict anything this year,” Ricciardo told reporters after the 2022 British Grand Prix.

“Today was not a good race and certainly struggled, I hope to find reasons for that, if so I think we go into Austria a bit more confident, if not then hopefully we’ll just put it on track there and find that we have more grip than we did today.”

Like his teammate, Norris had higher expectations for Austria, but sees it as building off his Silverstone progress.

Nearly a full second faster than Ricciardo in the race, Norris also looked back on what might’ve been as McLaren lost out to Alpine for the third race in a row.

It was a wise decision not to fight Hamilton early on in proceedings and that looked to have paid off as he sat fifth and managed the gap to Alonso up until Esteban Ocon’s retirement closed things up.

“P5 was where we should’ve been,” Norris told reporters post-race.

“We just made the wrong call for the pit stop and we should’ve boxed on the first lap to put the softs on.

“So not only did we allow him to box on the soft, we allowed him to get ahead of us. It was like a double-loss from our side.”

But whilst there are similarities in the words from each driver, the tone was as different as the weather from Saturday to Sunday.

Norris was upbeat and issuing his words more as a challenge to his team, and that really came through when asked about his chances at the Red Bull Ring.

“It’s been a lovely track for me, very rewarding in the past,” Norris added.

“We have six cars ahead of us which are quite a bit quicker but we’re on par roughly with where the Alpines are – especially this weekend, this weekend we’ve been very strong.”

Thanks to Norris’ podium at Imola, McLaren are still ahead of their French rivals in the constructor’s championship whilst the Brit holds the ‘best of the rest’ seventh place in the drivers’ championship.

For him it’s a case of keeping on keeping on and hoping the pace continues to come, Alpine should be strong in Austria especially with their power unit but it’s clear Norris thinks there’s something there.

But Ricciardo needs to rediscover those reasons to be cheerful – or the countdown will start on his time with McLaren.