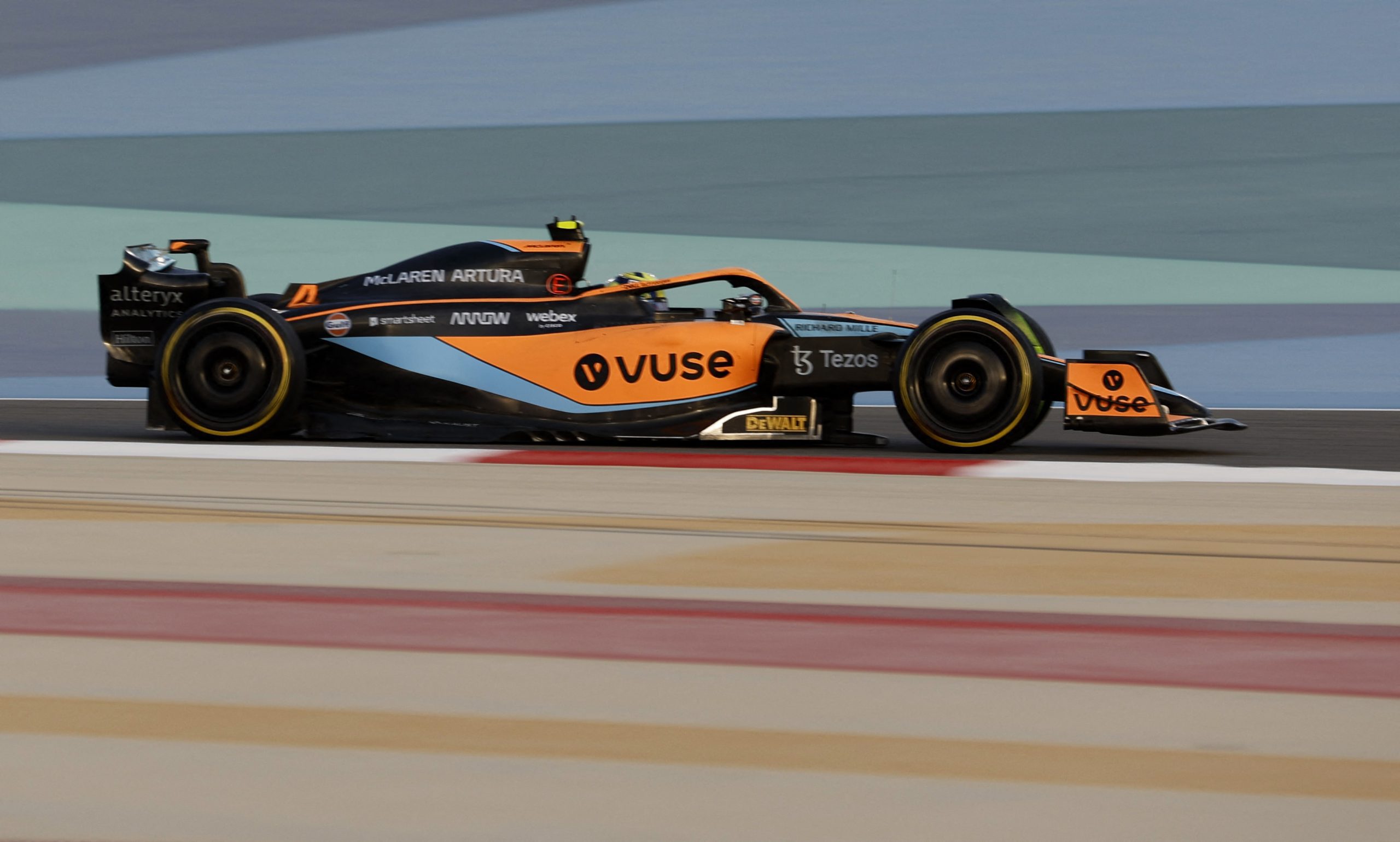 Whilst some teams have vaulted up the grid in Formula 1 2022, it naturally means other outfits have lost ground compared to last year and one of those teams are McLaren.

Daniel Ricciardo and Lando Norris finished a dismal 14th and 15th at the Bahrain Grand Prix, with both drivers visibly despondent when talking to the press post-race.

Norris felt he maximised his 13th place in qualifying, before he ran much of the race at the back of the field.

McLaren‘s strategy team tried to do something different by starting Norris and Ricciardo on the Medium tyre, but it had very little effect on their poor pace.

Why have McLaren fallen down the F1 2022 pecking order?

Quite simply, it appears McLaren have underestimated the amount of downforce they could recover with the new 2022 F1 cars.

Every team, apart from Haas, are lapping slower compared to last year due to the new regulations, but many have have limited their losses in the slow speed corners.

The MCL36 looks basic, with very little innovation compared to the likes of Haas, Alfa Romeo and, of course, Ferrari and Red Bull.

McLaren looked strong at the first pre-season test because they weren’t suffering from porpoising. It’s possible the car’s lack of downforce meant bouncing was never going to be an issue for McLaren.

“We also need to acknowledge that we are simply not delivering the level of performance we want,” said team principal Andreas Seidl in a press release.

“Back at the MTC, we’ll kick-off a detailed investigation and analysis of our performance here in Bahrain.”

For a McLaren press release, those are telling words from Seidl and there will be a lot of head scratching as to how a team as big as McLaren have got things so wrong.

Where are McLaren losing time?

Due to ground effect, the 2022 cars are actually slightly faster in the high-speed corners compared to last year, but slower in the slow-speed turns.

A car spends more time in a slow-speed corner compared to a high-speed corner so it’s here where McLaren have big problems.

In qualifying, Norris and Ricciardo were waiting to get on the power through the tight corners of Turn 1, 4, 8 and 10 as the car agonisingly understeered.

This not only hurts you in the corners, but on the straights because the drivers are carrying less speed out of the turn.

“A lot of things happened, none of them good,” Norris told Sky Sports after the Bahrain GP. “We’re a long way off the pace and we’ve got a lot of work to do quite simply.

“There’s no point trying to come up with an answer, I just don’t know.”

Is pre-season testing a factor for McLaren’s downfall?

McLaren had a nightmare second pre-season test in Bahrain when they completed just 200 laps, around half of the mileage they would have wanted to do. A front axle issue with the brakes limited Norris to just short runs.

However, Alfa Romeo and Haas found themselves on the backfoot in testing too as they did less than half of McLaren‘s mileage in the Barcelona test, yet look at their performance in the season-opener.

There are no excuses for McLaren to be at the back of the grid. Just like Ferrari, in 2021, they were battling for third place in the constructors’ championship and ended development early to focus on this year.

Ferrari and McLaren couldn’t be more opposed to each other right now, with Charles Leclerc leading a Ferrari 1-2 whilst Ricciardo and Norris were lapped before half race distance.

It’s not acceptable for a team that has a huge history and an incredible stature in F1 to get things so wrong, and they will know that.

Can McLaren turn things around?

Given how far off the pace McLaren are and the restriction of the $140 million budget cap, it’s going to be difficult for Seidl and CEO Zak Brown to re-build the team once again.

It will be significantly more difficult than previous years, such as 2009 for example, when Lewis Hamilton was still able to win two races after a bad start to the season.

Aston Martin and Williams are already considering to build a B-spec car, and it’s something McLaren will have to decide on very soon.

McLaren may not just have a long 2022, but an arduous 3-4 years because all of their recent good work has sadly been undone. That’s the harsh reality of F1.