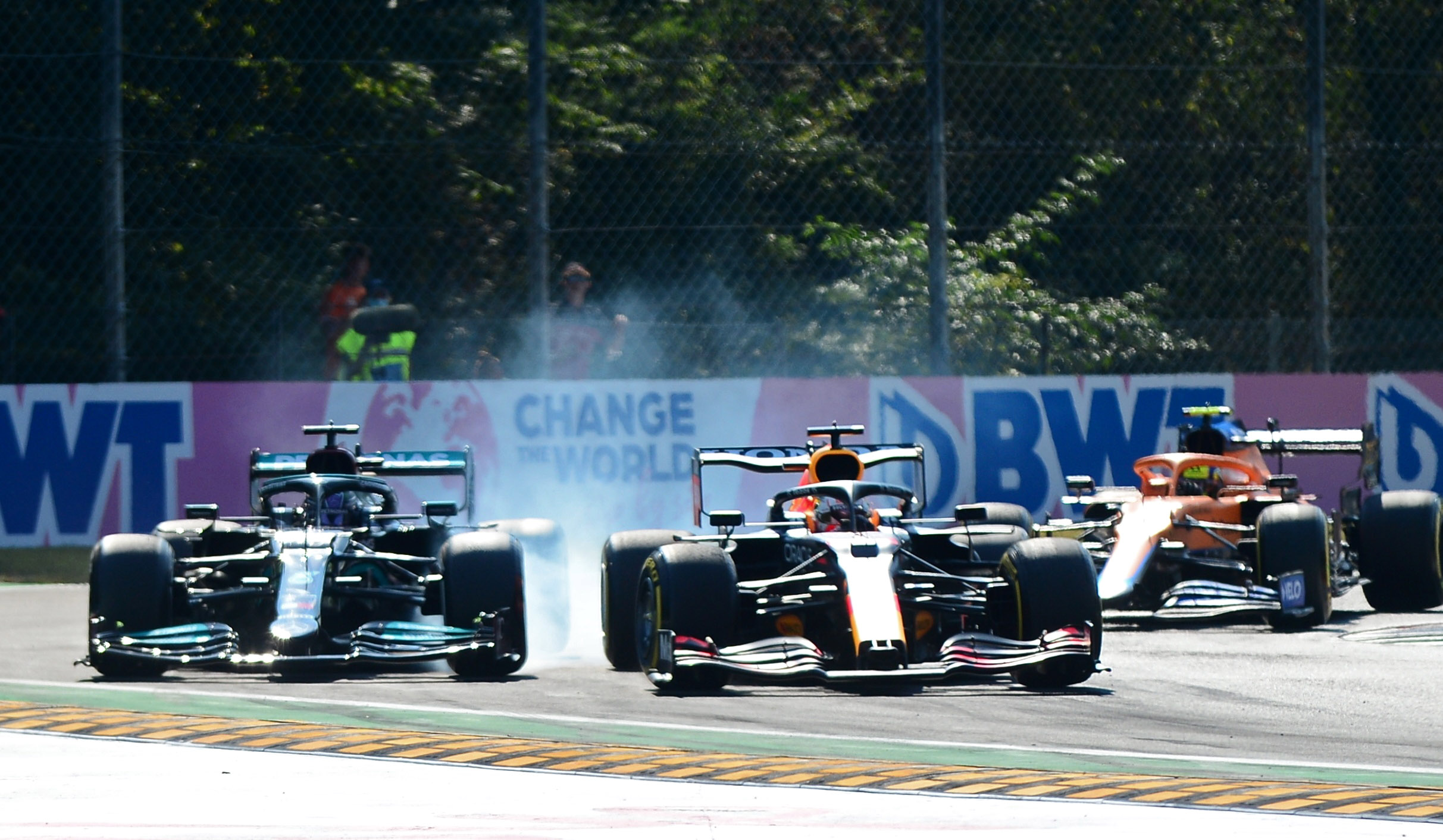 The title protagonists for the 2021 Formula 1 season, found themselves heading into the first turn at the Monza race track side by side after both their pitstops went slower than anticipated. With Hamilton maintaining the inside line, Verstappen refused to yield his position with the incident ultimately resulting in both drivers being taken out of the race and Verstappen’s Red Bull parked atop of Hamilton’s Mercedes.

The incident meant Verstappen was handed a three place grid penalty for the Russian Grand Prix, after the stewards deemed the Dutchman to blame for the incident.

Hamilton had the corner

“We agreed with the teams that there would be five to ten seconds for something like this,” Masi told Motorsport-Total.com

“That would have been the time penalty in the race if they had continued. If someone can’t continue, then there is a corresponding grid penalty.

“In a situation like this, sooner or later you take more risk, and that has happened now. But the commissioners then assess such accidents just like any other accident and do not include that in their assessment. For them, the only important thing is whether one driver is mostly guilty or not.”

Both Hamilton and Verstappen have been locked in an intense battle for the F1 Drivers’ Championship since the season got underway in Bahrain. This is the second time the pair have made contact, with Verstappen crashing in Silverstone earlier this year.

With just five points separating the drivers and eight rounds to go, expect the fight between these two to intensify as the 2021 season draws to a close.

What Hamilton and Verstappen said

Following the stewards decision to hand Verstappen the three-place grid penalty, Hamilton was pleased with the outcome.

“If that is the result then I think I am ultimately proud of the stewards,” Hamilton said. “It definitely sets a precedent and I think it is important for us moving forwards for the safety of the drivers that there are strict rules set in place.”

“I have been racing a long time and we are taking risks out there all the time and I guess it is only when you experience something like that that you get that real shock of how you look at life and how fragile we are.”

But as you would expect, Verstappen was less than happy with the result, as he believed the coming together was merely a racing incident.

“I don’t fully agree with the penalty as I believe it was a racing incident,” said Verstappen.