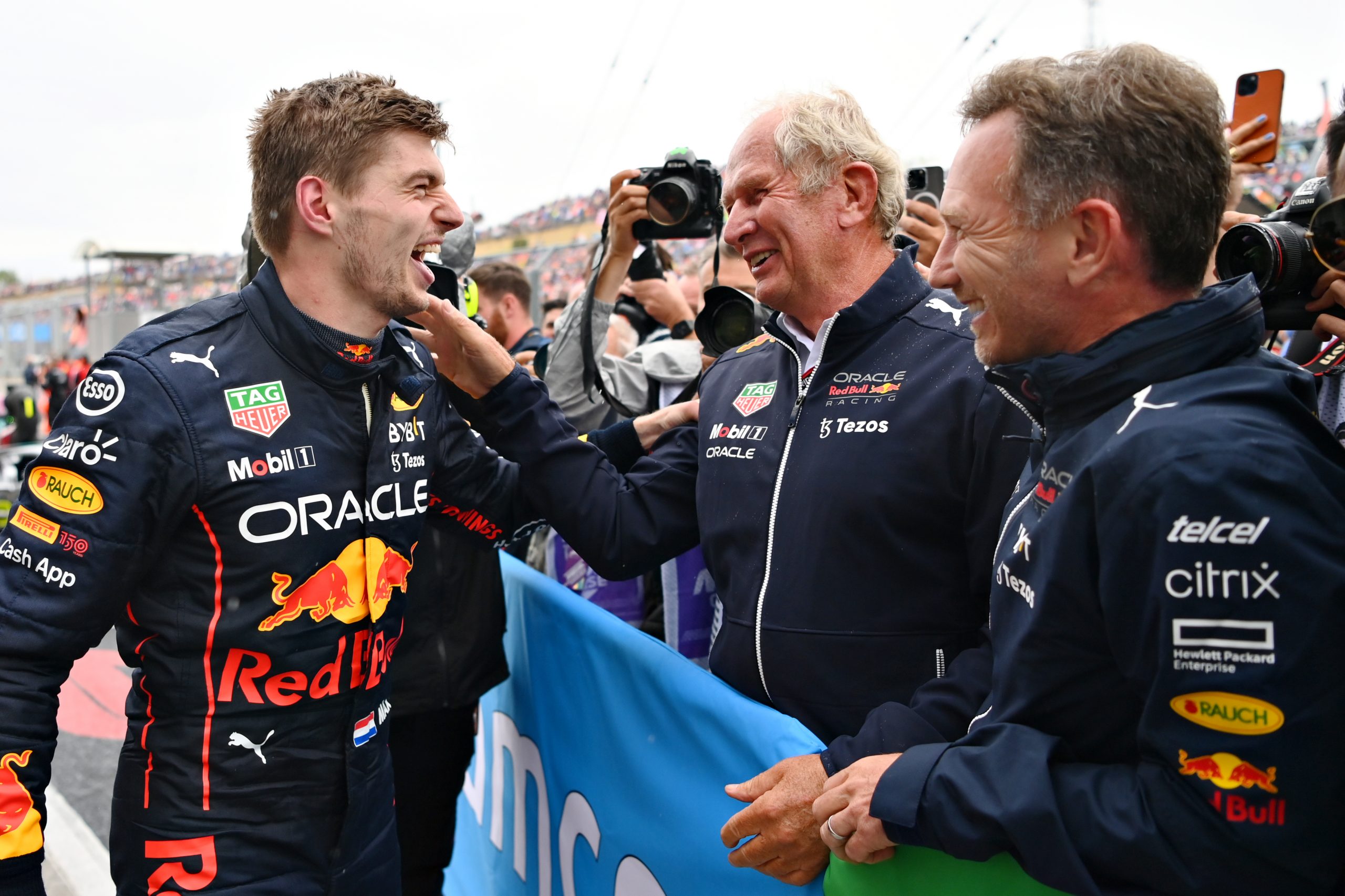 Red Bull advisor Helmut Marko has admitted even he was surprised at his team’s colossal gap to Mercedes after the new technical directive on porpoising, and added it may have backfired on the German team.

Max Verstappen took a dominant Belgian Grand Prix victory as Mercedes were absent from the podium for the first time since May, despite hopes from Brackley that they’d be closer to the front after the summer break.

Mercedes were the main backers of an FIA technical directive to clamp down on porpoising that was meant to outlaw ‘flexi floors’, which they thought were helping fuel the dominance of Red Bull and Ferrari.

“Even a changing in the rules didn’t slow us, it slowed…” Marko told the press after the race. Asked if he was referencing main title rivals Ferrari, he added: “No, I wasn’t coming from Ferrari.”

Indicating that is comments were directed towards Mercedes.

Marko was also asked on whether the weekend went better than he expected for Red Bull, and replied: “Far more and we knew before the break that we would change the engine here, so we showed caution.”

Usually so bullish, Marko conceded Verstappen‘s dominance had shocked even him.

The Dutchman woke up on Sunday as the bookies’ favourite to win despite starting 14th, and duly delivered, taking the lead of the race with barely a quarter of the laps completed.

However, Marko said the team had simply hoped for a top-ten finish coming into the weekend.

“We thought let’s try and get points,” Marko said. “But after the qualifying lap we said the podium should be, and then Jos [Verstappen] said no he will win. I wasn’t that optimistic.”

Marko added he thought his driver would’ve won even if he’d started in 20th.

In contrast, title rival Charles Leclerc endured another torrid weekend. Also starting near the back, he was unable to cut through the field like the Dutchman and was forced into an early pitstop.

Verstappen heads to his home race this weekend with a 98-point lead on Leclerc, although Ferrari boss Mattia Binotto insisted the battle’s not over yet and the team will keep fighting.

Binotto added he thought next year’s car would benefit from more development on their 2022 model given the similarity in regulations.