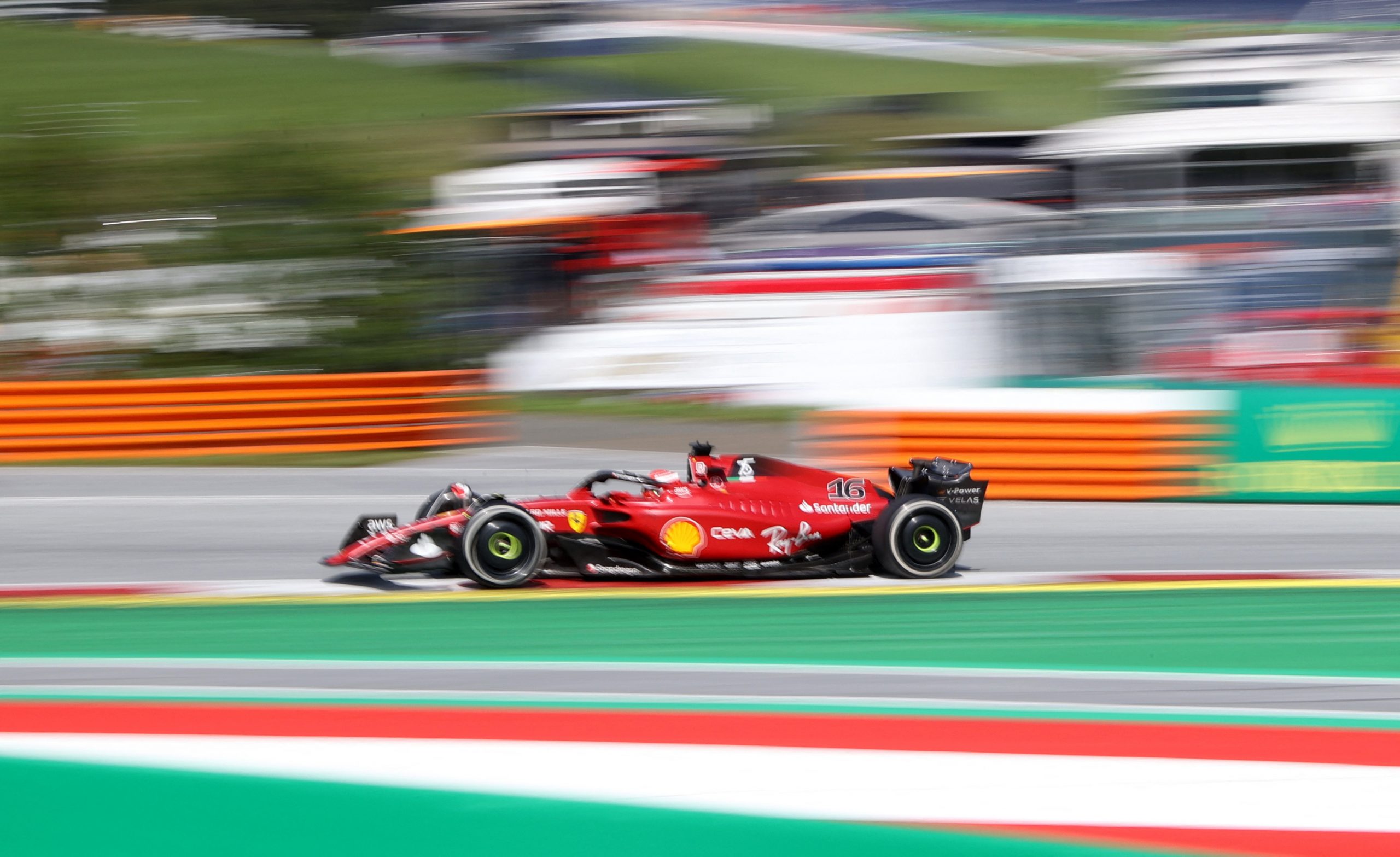 Charles Leclerc took his first F1 victory where he didn’t start the race from pole position at the Austrian GP as Ferrari outmuscled Max Verstappen at Red Bull’s home track.

Verstappen breezed to pole position for the Grand Prix in the Sprint Race, but Ferrari showed they had plenty of pace in hand as Leclerc overtook Verstappen three times on track, with the Dutchman having no answer to the pace of the Scuderia.

Verstappen led the early stages of the race after a blistering start, but Leclerc steadily reeled his championship rival back in and eventually made his first pass on the Red Bull on Lap 12 down the inside at Turn 4.

The pair then traded the lead of the race across the first two pitstops, but each time Leclerc showed the extra pace Ferrari had in hand and was able to comfortably pass Verstappen.

Ferrari had looked on for their first 1-2 finish since the first race of the season in Bahrain, but the team’s reliability issues raised their head once again on Lap 58 as Sainz’s car suddenly began billowing smoke as he chased Verstappen down the straight into Turn 4.

The Spaniard was forced to pull off into the run off area at Turn 4 as the Ferrari caught fire, the driver being forced to swiftly jump out as the car began to roll back down the hill before the marshalls were able to douse the flames with an extinguisher.

The incident brought out a virtual safety car, with both Leclerc and Verstappen pitting for fresh tyres for the final 10 laps of the race.

While the Red Bull driver pushed with everything to try and catch Leclerc, it was the Monegasque who managed to keep a cool head and bring home the win for the first time since the Australian GP despite him voicing concerns about the Ferrari’s throttle functioning.

It was also another good result for Lewis Hamilton, the Mercedes driver securing his second 3rd place finish in a row as the seven-time champion navigated tough defending from the Haas cars and others to get on the podium once more.

There was early drama in the race as the Mercedes of George Russell went wheel to wheel with the Red Bull of Sergio Perez.

The Brit had a solid start to the race challenging Sainz for 3rd, and the pair continued side by side throughout the first half of the lap into Turn 4.

But in an almost carbon copy of a crash between Hamilton and Alex Albon at the same corner in 2020, Russell failed to give Perez enough space on the outside as the Red Bull got its nose just in front on corner entry, the two coming together and the Mexican spinning off into the gravel.

That incident cost Russell a 5 second penalty which he later served during his first pit stop, but for Perez the result was even worse as he first dropped to the back of the grid and then retired from the race as the damage from the crash on his sidepod proved too much to overcome.

However, Russell managed to overcome the deficit and come over the line in 4th for yet another top 5 finish, ahead of the Alpine of Esteban Ocon and another points finish for Haas’ Mick Schumacher following on from his first points in F1 last time out at Silverstone.

Elsewhere a host of drivers throughout the field were handed 5 second time penalties for violations of track limits, including AlphaTauri’s Pierre Gasly, Lando Norris in the McLaren and Alfa Romeo’s Zhou Guanyu.

But it didn’t harm Norris’ prospects too much as he managed to finish in 7th, ahead of the second Haas of Kevin Magnussen and his teammate Daniel Ricciardo.

Fernando Alonso, who was forced to retire after his car suffered electrical issues on the grid ahead of the Sprint Race start, rounded out the points finishers for Alpine in 10th.