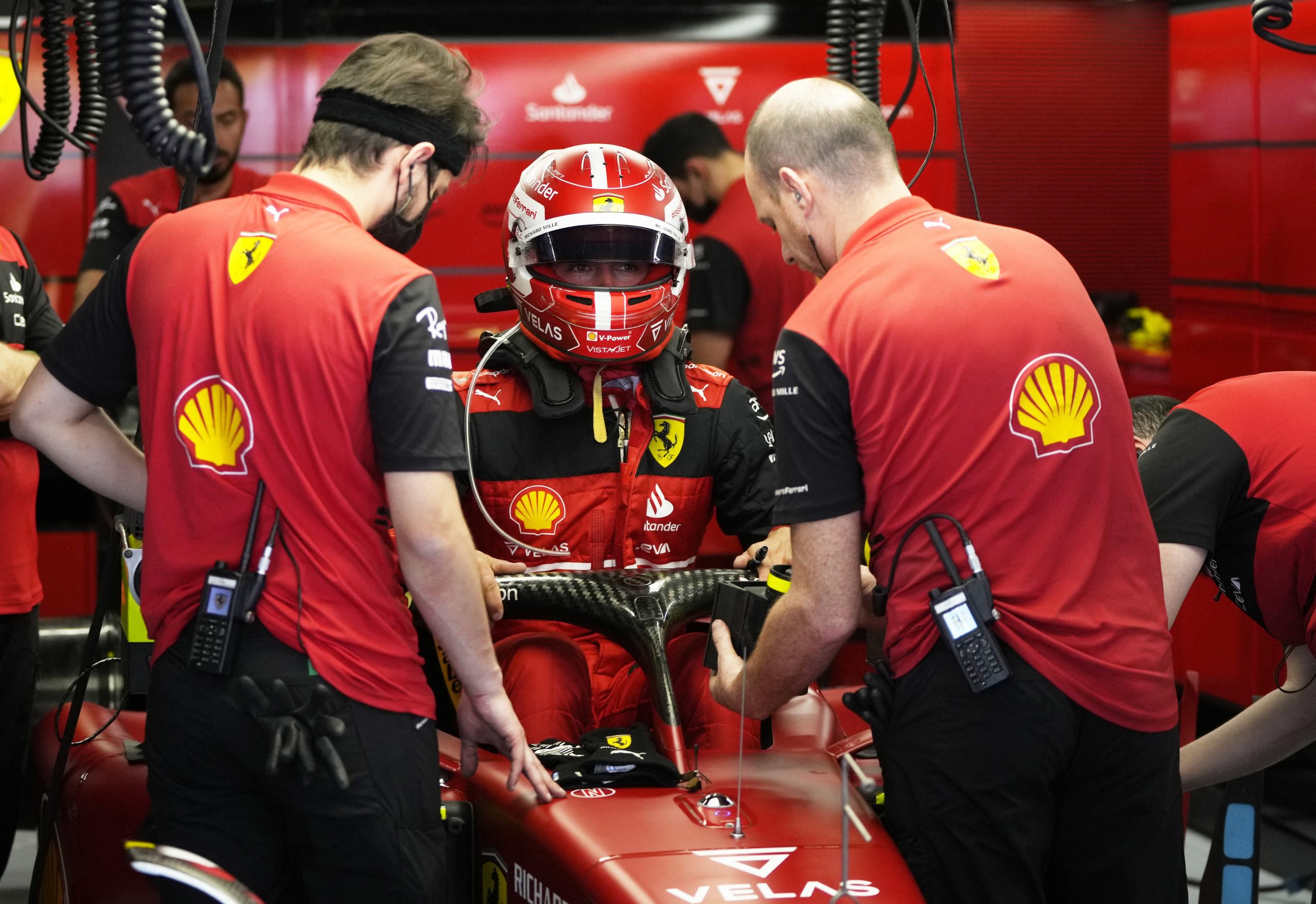 Ferrari‘s Charles Leclerc will start the 2022 Spanish Grand Prix from pole position despite admitting he put more pressure on himself by spinning during his first run in Q3.

The Monegasque secured his fourth pole of the season with a sensational final lap, beating championship rival Max Verstappen to top spot after the Red Bull driver was prevented from improving his lap time due to a DRS issue.

It was a welcome turn of events for the Ferrari driver after a first Q3 run that saw him spin at Turn 14. Despite the pressure to deliver, Leclerc was able to do so thanks to his “amazing” Ferrari.

“I just wanted to do the exact same lap again without the mistake, because it was already quite a good lap before that,” Leclerc told RACER. “But I over-pushed in Turn 14 and lost the rear, so obviously there was a little bit more pressure for the last run because you know you have only got one chance.

“But the car was amazing, very tricky in the high speed and I had quite a lot of moments.

“Apart from that, it was very good for the medium and low-speed corners, so very happy with that lap and to have made it work on the only chance I had.”

Leclerc was on course to deliver a competitive lap before the spin, which he says was caused by carrying too much speed into the corner.

That, along with an aggressive turn-in, saw him point his Ferrari in the wrong direction.

“I over-pushed a bit too much the lap before so I just took it a bit easier in the entry compared to the lap before,” added Leclerc.

“I locked the rears a little bit so I arrived a bit too long into the corner and tried to do an aggressive turn-in but I just lost the rear.”

To avoid a repeat during his final run, Leclerc says he braked a bit earlier into Turn 14 to ensure he crossed the finish line, as he was confident he was on a good lap.

“So I tried to brake a bit earlier, take it a bit easy. I know I was on a good lap, so yeah maybe there was a little bit in there but not too much, I think I was pretty happy with all the lap to be honest,” said Leclerc.

“I felt like there was a lot more grip compared to the laps before I had done because I didn’t have a new set since Q1, so the track evolution was quite big. I just tried to go for it in the last corner.

“The overheating was quite bad but I don’t think there are any excuses, I just tried to do too much and I lost it. But no big deal.”