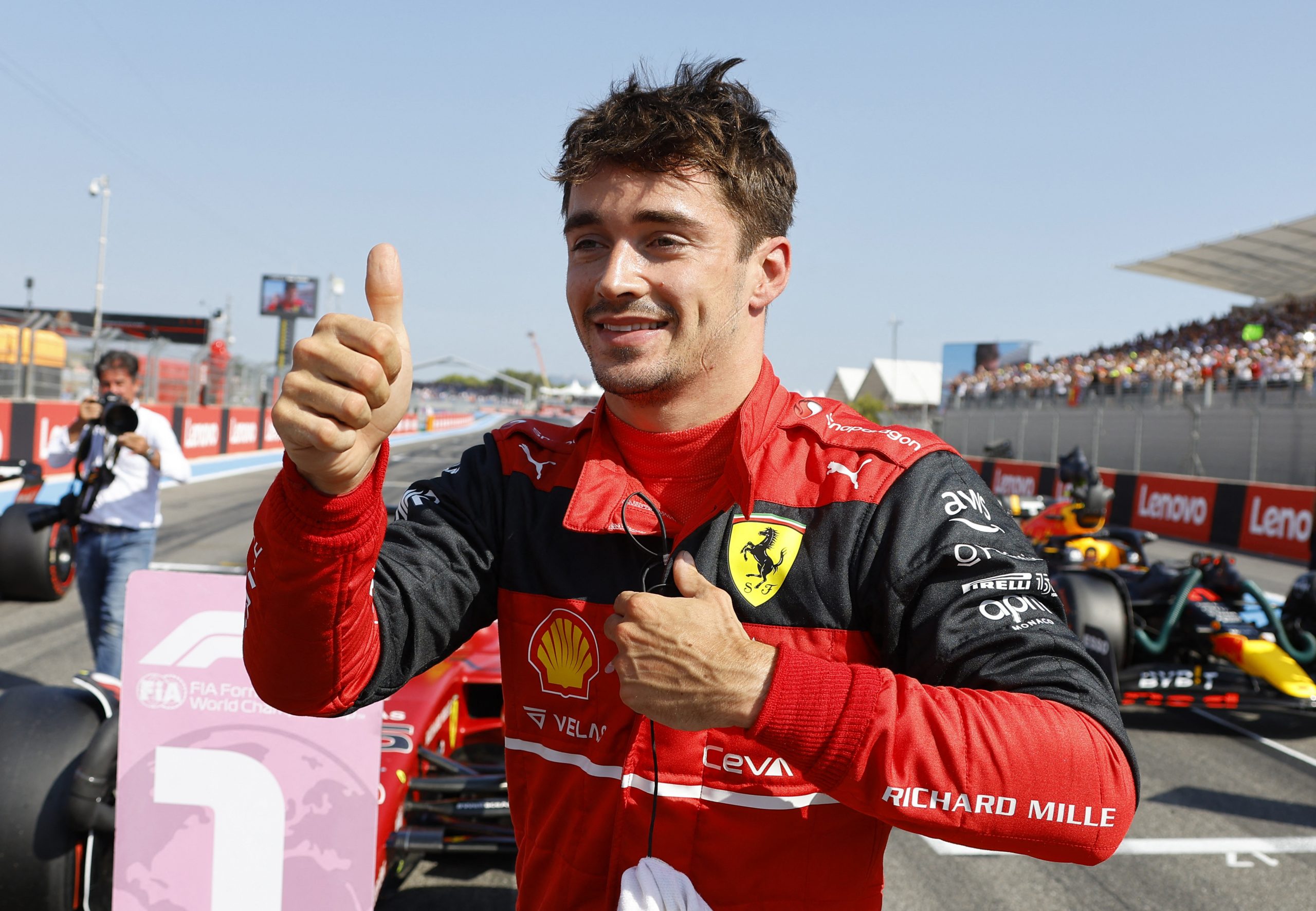 Ferrari’s Charles Leclerc claimed the 16th pole position of his Formula 1 career, and seventh of the season, with the Monegasque driver beating the Red Bull pair of Max Verstappen and Sergio Perez to lead the qualifying session for the 2022 French Grand Prix.

Leclerc was helped by his teammate Carlos Sainz, who gave his teammate valuable tow. The Spanish driver will start from the back of the grid after incurring an engine penalty.

The session kicked off with Perez being in the middle of a Ferrari sandwich with the Mexican eventually going past the lead Ferrari of Sainz. As the drivers set their out laps, many expected Sainz to give Leclerc a tow with the Spanaird’s pace irrelevant given that he will take an engine penalty.

The tactic would work as Leclerc would lead Verstappen by eight thousands of a second as the drivers set their first laps. Perez would go third with Mercedes’ Russell and Hamilton rounding out the top five.

The second runs would see Ferrari once again repeat their strategy of helping Leclerc with a tow, with the Monegasque driver claiming pole for the French Grand Prix. Verstappen and Perez would claim second and third, with Hamilton, Norris and Russell making up the top six.

Fernando Alonso would claim seventh, Yuki Tsunoda eighth, and Sainz and Kevin Magnussen would complete the top 10, though both drivers will start from the back of the grid.

Having gotten himself out of Q1, it was Hamilton who set the first lap time of the session with the seven-time world champion being displaced at the top of the time sheets by McLaren’s Norris.

They were ultimately toppled by the Red Bull pair of Verstappen and Perez with Red Bull heading a one-two ahead of Leclerc. Haas’ Magnussen was fifth in what was proving to be a great session for the Dane.

Running out of sequence again, it would be Sainz who would set the session’s quickest lap time with the Spaniard putting in a stellar lap to go nine-tenths quicker than Verstappen.

The four-minute saw a flurry of cars hit the race track with Mercedes’ Russell in the drop zone. As the drivers set their second lap time, it was Alpine’s Esteban Ocon who got the ball rolling. Unfortunately, the Frenchman would miss out on the final stage of qualifying with several drivers improving their lap times on their second run.

Leclerc would improve to second but at the back of the order it would be McLaren’s Daniel Ricciardo, Ocon, Valtteri Bottas, Sebastian Vettel, and Alex Albon would fail to make the cut.

As the drivers set their opening laps it was Leclerc who led Verstappen with Perez, Norris, and Bottas making up the top five. Sainz meanwhile decided to complete his run out of sequence with the Spaniard going third.

With a little over three minutes to go a train of cars made their way onto the circuit with Russell and Hamilton the most high-profile of the runners. Alfa Romeo’s Zhou Guanyu was the first of the drivers to set a lap time with the Chinese driver failing to get out of the drop zone.

While Zhou was on his hot lap Albon had a spin with the incident forcing Hamilton to abort his run with the yellow flags forcing him to slow down. In the end, the incident would prove irrelevant as both Albon and Hamilton made it out of Q1.

The drivers who dropped out of the session were Pierre Gasly, who will be bitterly disappointed to have not done better at his home race. The Frenchman was joined by Aston Martin’s Lance Stroll, Zhou, Mick Schumacher, who had his best lap time deleted, and Nicholas Latifi who qualified dead last but will start 18th.