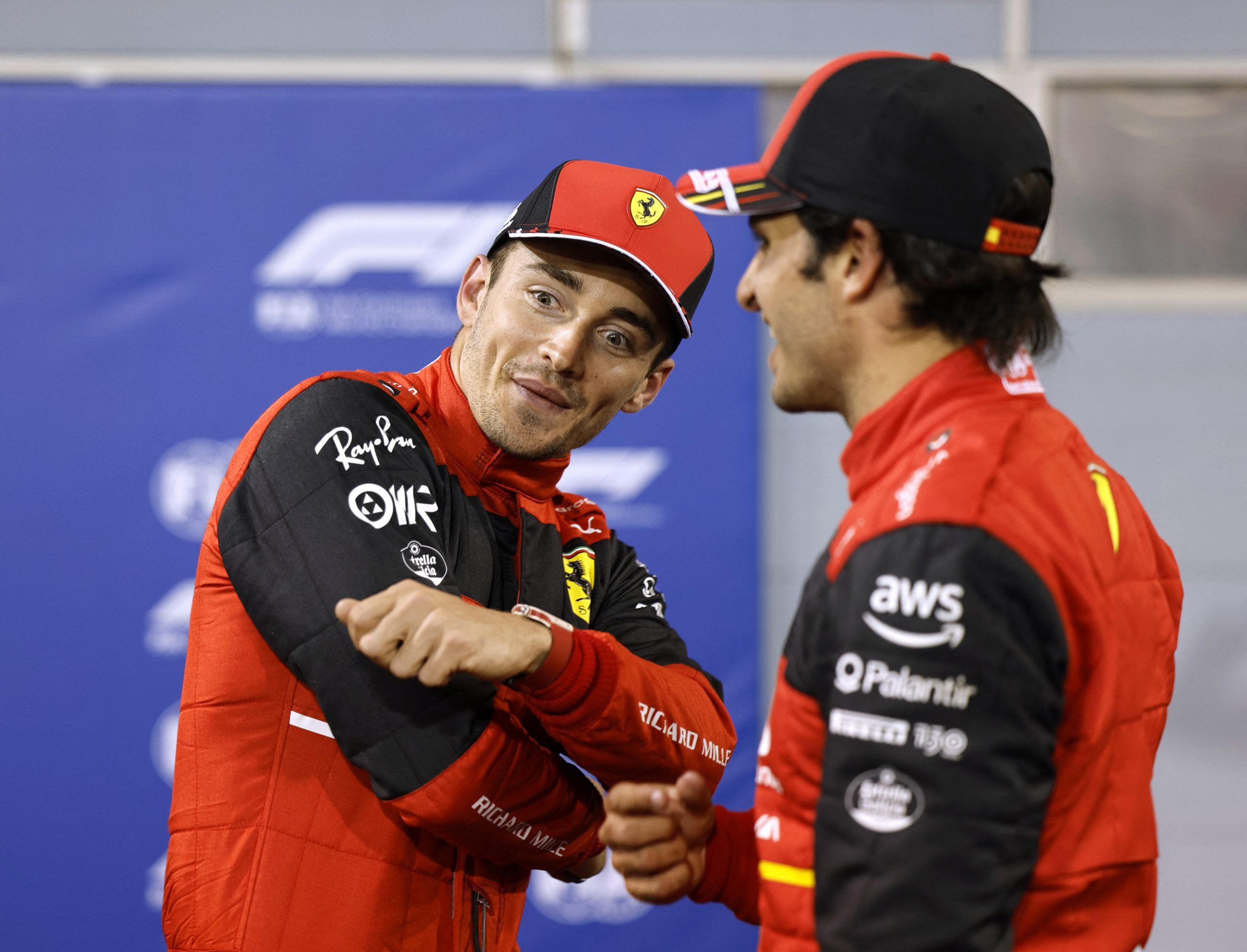 Ferrari’s Charles Leclerc claimed pole position for the season opening 2022 Bahrain Grand Prix, with 2021 title winner Max Verstappen joining him on the front row. Leclerc’s teammate Carlos Sainz was third, in what was an excellent day for legendary Italian outfit.

Ferrari made it their first pole position at the Bahrain GP since 2019, in stark contrast to Mercedes who struggled for pace throughout the session.

“It feels good,” Leclerc said after clinching pole. “The last two years have been difficult for the team. We were quite hopeful this was an opportunity to be back in the front.

“We have worked extremely well as a team to find ours in the position to fight for better places. Very happy with today. It was a very tricky qualifying session I wasn’t quite happy with my driving but managed to do that lap in Q3.

“From the driving point, it is completely different to last year, I’ve tried many different driving styles. There’s much more to come from us.

“It feels quite good, we were pretty sure Red Bull were going to be quicker than us. Now we need to finish the weekend on a high, it’s not going to be easy.

“We need to focus on that and hopefully have a good race tomorrow. The race is long and anything can happen so we need to stay on it.”

Ferrari’s Leclerc returned to the top of the time sheets with the Monegasque driver claiming pole for the first race of the season.

The Mercedes drivers were the first to leave the pitlane as the final part of qualifying got underway, though having done an extra lap, were forced to use a used set of tyres. While Mercedes struggled to match their lofty standards it was Ferrari who led the way after the opening salvo with Sainz leading Leclerc who was ahead of Verstappen.

There were three drivers who opted for a single run with Bottas, Fernando Alonso and Magnussen with the final part of qualifying witnessing all ten cars out on track.

Russell was the first driver to set a time, though the Mercedes driver made a massive mistake heading into turn one, which ruined his lap. As the drivers traded blows on the time sheet it was Leclerc who came out on top with Verstappen and Sainz making up the top three. They were followed by Perez and Hamilton.

Bottas put in another stellar qualifying performance claiming sixth with Haas driver Magnussen equally impressive in seventh. Alonso, Russell and Gasly made up the top 10 positions.

Lando Norris was the next big name to exit qualifying in what was a disappointing day for McLaren.

Williams new boy Alex Albon got things underway for Q2 with the Thai driver putting in a stellar performance in Q1. The Thai driver though ultimately aborted his hot lap with Haas’ Magnussen becoming the first driver to set a lap time. The American team is one of the big winners of the 2022 rule changes.

Verstappen though regained his spot at the top of the time sheets with the Red Bull driver dropping into the one minute 30 second mark. Verstappen was almost six tenths faster than Q1 pace setter Leclerc.

With five minutes to go Albon finally managed to set a lap time managing to set the 13th fastest laptime of the session.

The final part of the session saw the Ferrari drivers close the gap to Verstappen, with Leclerc and Sainz going second and third respectively with Perez, Hamilton and Russell following in fourth, fifth and sixth.

Much like in Q1 it was a McLaren who was the biggest casualty of the session with Norris exiting the session in 13th. He was joined by Alfa Romeo rookie Guanyu Zhou, Albon, Mick Schumacher and Alpine’s Esteban Ocon.

McLaren’s Daniel Ricciardo was the big casualty in an action packed Q1 session with the Australian only managing to qualify in 18th.

AlphaTauri’s Yuki Tsunoda was the first driver to set a time in 2022, with the Japanese driver followed by his teammate Gasly. The AlphaTauri drivers, who had issues with getting their tyres up to tempreture were followed by McLaren pair Ricciardo and Lando Norris, who continued to get to grips with a struggling MCL36.

The session started to come alive at around the 10 minute mark with a host of cars making their way on the circuit. Verstappen though continued his dominance in 2022 with the Dutchman and Perez topping the time sheets at this stage.

Verstappen was eventually displaced from the top of the time sheets by Ferrari pair Leclerc and Sainz. Mercedes drivers Russell and Hamilton were the last of the runners to set a time with the pair setting two timed runs to end up in fifth and sixth respectively. In an ironic twist of fate, they were behind Alfa Romeo new recruit Valtteri Bottas.