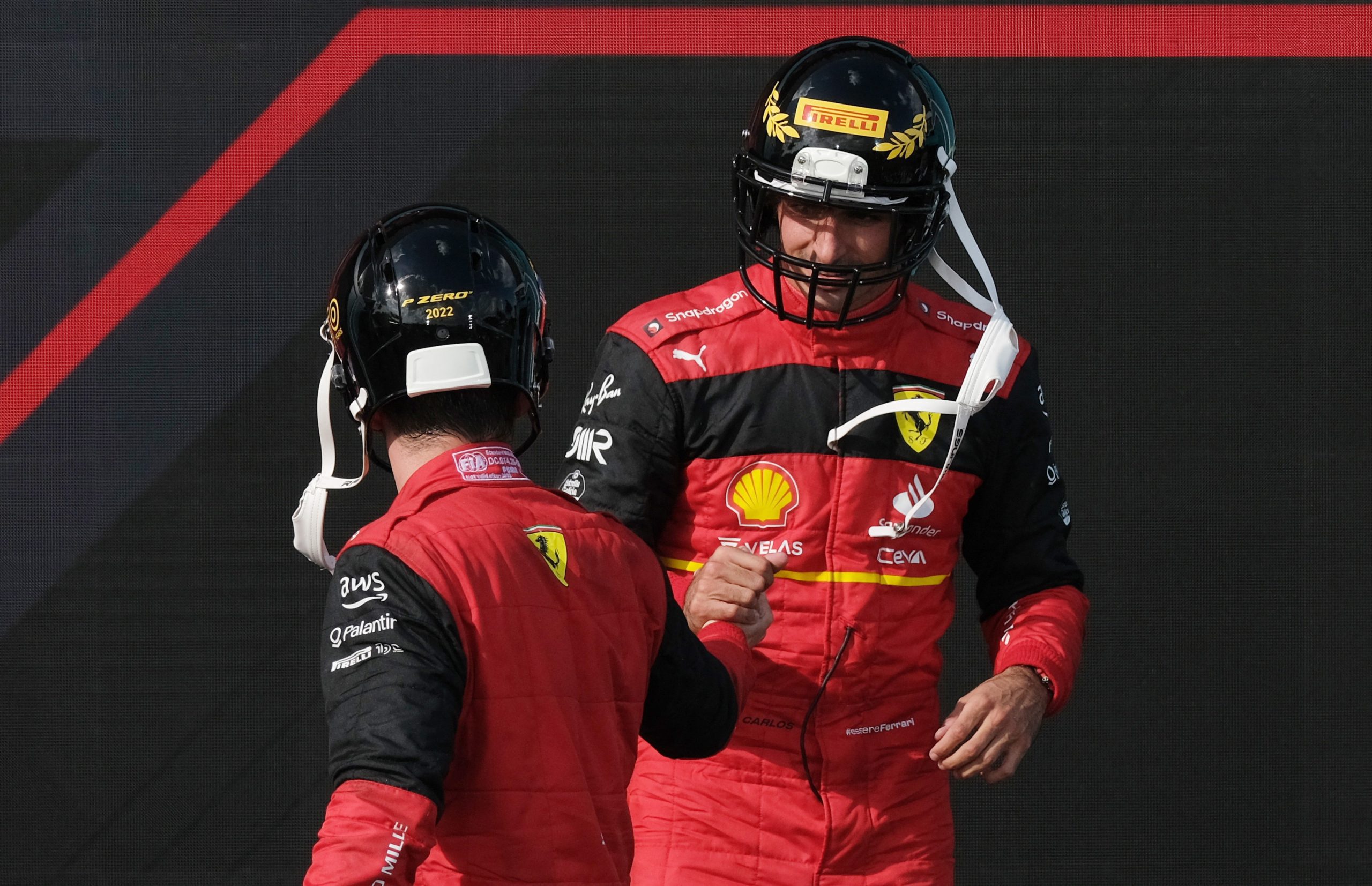 A comeback has to start somewhere when you’re trailing by a big margin, something Charles Leclerc faces going into the British Grand Prix as he looks to overcome a deficit of 49 points to championship leader Max Verstappen.

Leclerc hasn’t finished ahead of Verstappen since the Australian GP in April, which was also his last race win. That needs to change this weekend.

Then, there is the question of whether Mercedes will play a part in the lead battle with high hopes for the British duo of Lewis Hamilton and George Russell on home soil.

Silverstone has produced some sensational races in recent years and 2022 has all the ingredients for another thriller.

The 5.891km Silverstone circuit should suit the characteristics of the Ferrari which thrives in medium and high speed corners due to the aerodynamic philosophy of the car.

Leclerc has an impressive record at the British GP, nearly snatching pole position in 2019 from the Mercedes, somehow driving a poor Ferrari to the podium in 2020 and coming within three laps of victory last year with a flawless performance, which went under the radar thanks to a certain incident at Copse corner on Lap 1.

There will be a big question mark over Ferrari‘s reliability with the Haas engine of Mick Schumacher failing at the Canadian GP.

All Ferrari-powered teams have had issues at the last two races which Leclerc is weary of.

“I’m confident that our car is strong, if we get on top of reliability,” Leclerc told RaceFans. “[Montreal] was good. But as I’ve seen also, it’s a problem for everyone, I think reliability.

“So we just need to focus on ourselves. Performance is strong and I’m sure that whenever we will finish races, we’ll be there to fight for wins.

“If we fix our our reliability, the performance is there to come back. So already from Silverstone we’ll try to get a few points back.”

Red Bull started the 2022 F1 season as the heaviest car on the grid and have been trimming the weight of the RB18 each month.

Another weight reduction at Silverstone will be worth at least a couple of tenths as it will make the car handle better in all areas.

Verstappen will be out for revenge after last year’s opening lap crash, whilst Sergio Perez needs to rediscover some confidence following a poor outing in Canada.

Ferrari had the fastest car in Montreal according to Carlos Sainz, so it’s not like Red Bull have been dominant recently even though they have won the last six Grand Prix.

Red Bull are simply operating better and making less mistakes than Ferrari which goes back to the sporting saying of “execute your own game plan”.

“I’m looking forward to going back to Silverstone as it’s a real classic and historic race on the calendar,” said Verstappen.

“There are so many amazing fans there and it’s nice to know that we are just down the road from the team at the factory in Milton Keynes. It’s also good to be heading back to a traditional racetrack after quite a few street circuits.

“The performance this weekend will depend on whether we find a good balance and we also need a decent tyre strategy as degradation will be high there. So there’s plenty of things that we need to get right this weekend, it won’t be smooth sailing.”

Imagine Hamilton and Russell fighting for victory on Sunday in front of 150,000 fans to make it a six-way scrap at the front of the pack.

The hardest tyre compounds will be used, the track is relatively smooth and Mercedes have a big upgrade coming their way, all factors which give Hamilton and Russell a glimmer of hope.

Mercedes trackside engineering director Andrew Shovlin has revealed the W13 will feature many developments including a new front wing, rear wing and floor.

“We’ve been updating the car pretty much every race, with fairly subtle updates in the recent ones and trying a few experiments,” Shovlin told the F1 Nation podcast.

“Silverstone is one of the target events for us where we’re bringing a bigger, more visible package and hopefully make a step forward. Hopefully the circuit will suit us as well.”

There is an 80 percent change of rain for qualifying at the British GP which will also provide an opportunity for Hamilton and Russell to do something special.

Hamilton has an exceptional record at Silverstone with eight wins. He has taken pole position and been victorious in every season he’s competed in since making his F1 debut in 2007, a streak which he’ll be desperate to maintain. Perhaps this weekend will see Mercedes‘ best showing of the year so far.

Russell will get plenty support too and it’ll be fascinating to see if the Mercedes pair get close together out on track.

Every team is bringing some kind of upgrade to Silverstone, so there is a good chance of the pecking order shifting once again.

Fernando Alonso says he’s curious to see how Alpine‘s new floor and top-body gets on, as they look to continue their impressive run of form.

Zhou Guanyu outclassed Valtteri Bottas in Montreal, with Alfa Romeo coming off the back of their best result of the season. They should be fighting in and amongst the top 10 this weekend.

A team to keep a close eye on will be Williams as they are essentially bringing a b-spec car to the British GP, which is reported to have a similar philosophy to the slim Red Bull.

The new car will only be run by Alex Albon, who continues to impress in his return year to F1.

“We have an updated aero package for this weekend, which will run on Alex’s car only as we look to check its behaviour and confirm that it is working as intended,” said Williams head of vehicle performance Dave Robson.

“The bodywork and floor form the basis of the upgrade and are intended to efficiently increase the downforce of the car.

“We are looking forward to our home race and to understanding the new parts; they are likely to change the balance and the handling of the car and it may take a little bit of time to harness them so that the drivers can get the most from them.

“With next week’s race in Austria being a sprint event, we will be looking to get as much learning done this weekend as possible.”

There’s no doubt the 2022 cars allow the drivers to follow each other closer than they have for a long time in F1.

Remember Verstappen vs Leclerc at the 2019 British GP? Wouldn’t it be brilliant if we had more of the same on Sunday.

The high-speed sections of Abbey, Copse, Maggotts, Becketts and Stowe will be tremendously quick and any side by side action promises to be thrilling.

Tyres is often a big talking point at the British GP due to the long and high speed corners which punish the Pirelli rubber.

Having a car which is fast, but also kind on its tyres is particularly important at Silverstone. More than anything, the drivers will make the final, crucial difference on one of F1‘s classic tracks.