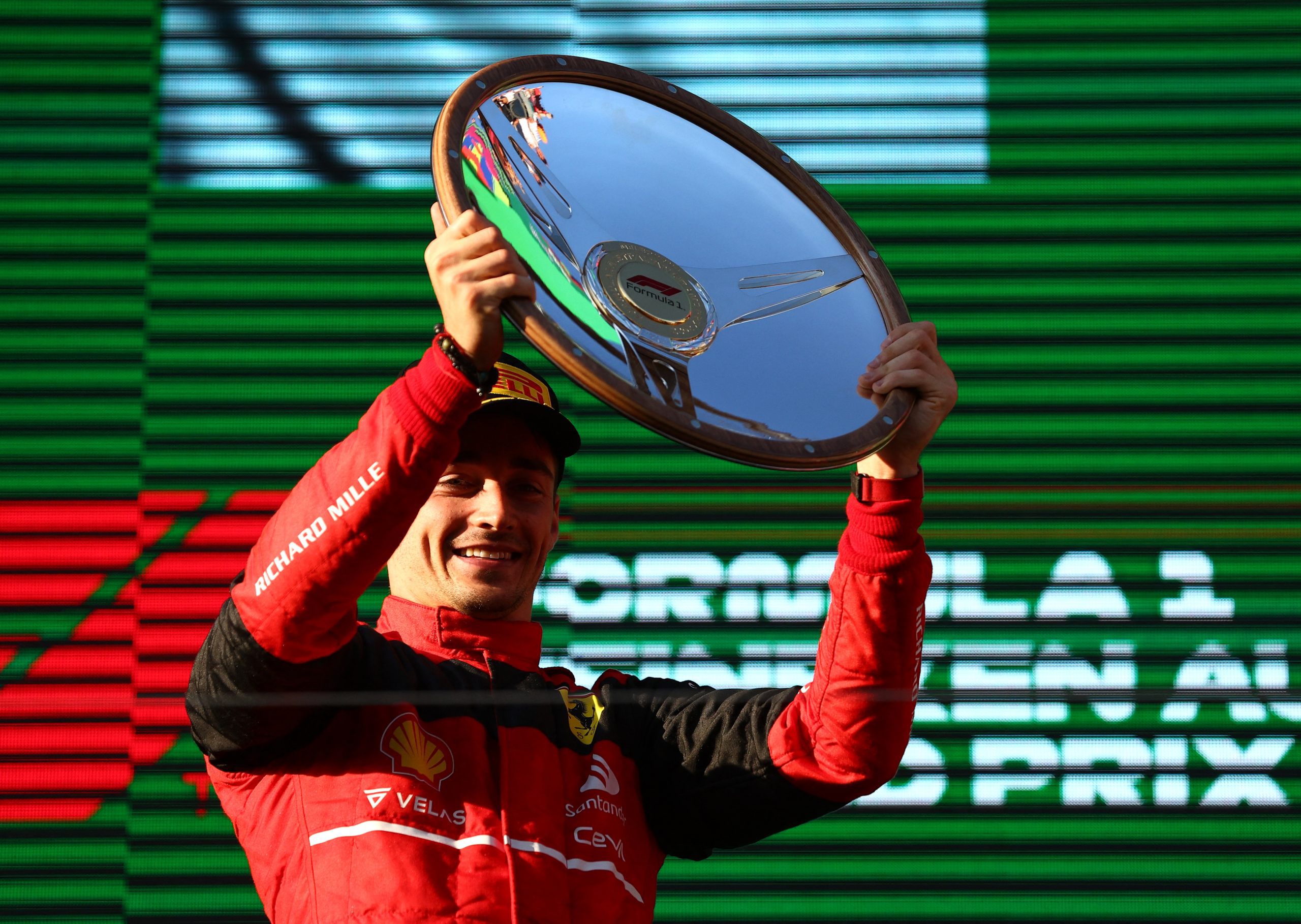 The 2022 Australian Grand Prix won’t soon be forgotten by Ferrari‘s Charles Leclerc, as the Monegasque driver joined the exclusive list of drivers who have claimed the Grand Slam in their career.

In order to secure the feat, which is also known as the Grand Chelem, a driver must score pole position, the fastest lap in the race and then win while leading every lap of the race.

So rare is the feat that only 26 drivers have been able to pull it off on 64 occasions, with Leclerc becoming the 11th Ferrari driver to do so after dominating at the Albert Park Circuit.

Who are the other 10 Ferrari drivers to pull it off before Leclerc? Check out our list to find out.

The first Ferrari driver to achieve a Grand Slam in Formula 1 was Alberto Ascari back in 1952. The Italian dominated the French Grand Prix at Rouen-les Essarts, crossing the line ahead of Giuseppe Farina and Piero Taruffi.

He’d finish his career with a total of five Grand Slams, all with Ferrari, with two more coming in 1952 at Nurburgring and Zandvoort, and another two the following year at Buenos Aires and Silverstone.

Although Juan Manuel Fangio is a name synonymous with success thanks to his five World Championships, the Argentine only managed two Grand Slams in his career.

The first came at the 1950 Monaco Grand Prix, while the second came at Nurburgring in 1956. Perhaps most impressive about the latter is that Fangio was 45 at the time, but that didn’t prevent him from beating the likes of Stirling Moss and Jean Behra.

The winner of the 1958 F1 World Championship, Mike Hawthorn‘s lone Grand Slam came in what was a magical year for the Brit.

Finishing ahead of Moss and Wolfgang Von Trips at the French Grand Prix, there was no stopping the 29-year-old from claiming what proved to be his final win before his retirement and tragic passing in January 1959.

A World Championship runner-up in 1969 and 1970, Jacky Ickx‘s best performance for Ferrari came at the 1972 German Grand Prix.

After claiming pole position, the Belgian led from start to finish to take the chequered flag, and fastest lap, ahead of teammate Clay Regazzoni and March‘s Ronnie Peterson. Like Hawthorn, the result proved to be his final victory in F1.

Four years after seeing his teammate Jacky Ickx pull off the feat, Clay Regazzoni added a Grand Slam to his resume at the 1976 United States Grand Prix West.

Held at the Long Beach Street Circuit in California, Regazzoni‘s pole was special in that it was Ferrari‘s 80th in F1. On raceday, not even teammate Niki Lauda could stop the Swiss driver from taking top spot, with Patrick Depailler rounding out the podium.

Ferrari were such a force in 1976 that two races after Regazzoni secured a Grand Slam, it was Lauda‘s turn to do the same, this time in Belgium.

Driving the 312T2, Lauda pulled off the feat in what was the 10th win of his F1 career, with Regazzoni crossing the line second ahead of Jacques-Henri Laffite.

One of the most beloved drivers to ever race for Ferrari, Gilles Villeneuve‘s lone Grand Slam coincided with Ferrari‘s 75th F1 win.

Just like Regazzoni, Villeneuve‘s dominant performance took place at Long Beach in the 1979 United States Grand Prix West. There was no stopping the Canadian from taking the third victory of the career, with teammate Jody Scheckter making it a 1-2 for the Scuderia.

Gerhard Berger had two stints at Ferrari, from 1987 to 1989 and later 1993 to 1995, but his best performance with the Scuderia came during his first season with the team.

The scene was the 1987 Australian Grand Prix at the Adelaide Street Circuit. Berger dominated proceedings, taking the chequered flag ahead of teammate Michele Alboreto and Benetton‘s Thierry Boutsen.

The first two Grand Slams came with Benetton in 1994, while his first with Ferrari came at the 2002 Spanish Grand Prix.

Schumacher crossed the line over 35 seconds ahead of Williams‘ Juan Pablo Montoya, while McLaren‘s David Coulthard rounded out the podium. That year saw the Ferrari driver finish on the podium in all 17 races, a feat that has yet to be duplicated.

His other two Grand Slam performances came in 2004 in Australia and Hungary, the year in which he claimed his seventh and final World Championship.

Prior to Leclerc, the last Ferrari driver to claim a Grand Slam was Fernando Alonso.

In what was his first season with the Scuderia, the Spaniard had a perfect weekend at the 2010 Singapore Grand Prix. Pole, fastest lap and victory after leading every lap around the Marina Bay Street Circuit.