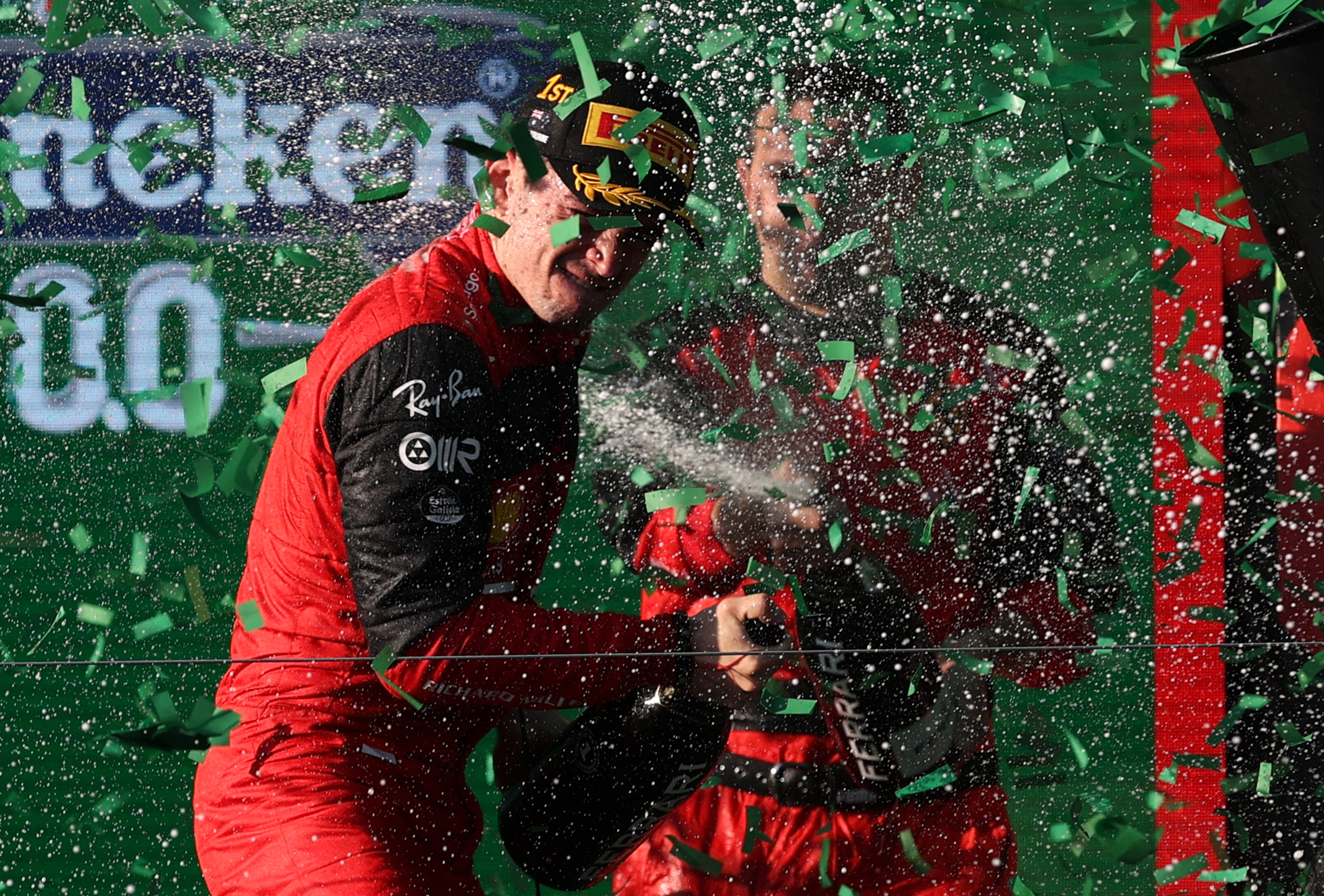 Charles Leclerc secured his second victory of the 2022 Formula 1 season at the Australian Grand Prix with a commanding performance for Ferrari as Max Verstappen was forced to retire the challenging Red Bull due to issues with the car.

In a race with multiple safety cars due to crashes and retirements at the changed Albert Park Circuit, Leclerc looked supreme throughout, controlling the various restarts and pulling out a gap of several seconds ahead of Verstappen within a matter of two or three laps.

The Dutchman had one opportunity after the Ferrari bungled the restart after the safety car on Lap 26 to allow the marshals to clear the crashed out Aston Martin of Sebastian Vettel, but was unable to find a way past and Leclerc cemented his dominant lead, finishing 20 seconds ahead of Sergio Perez at the chequered flag with the extra point for fastest lap.

The retirement for Verstappen appeared to come as a surprise for the Red Bull team, with little warning that there was an issue with the car.

However, the team had been working on the reigning champion’s car on the grid right up to the formation lap, and a second DNF in the first three races will be cause for concern for Red Bull if they are to challenge Ferrari for honours this year.

Mercedes had looked to be off the pace once again in Melbourne as the team continued to struggle with porpoising on the straights, but both Sir Lewis Hamilton and George Russell were much improved on Sunday and were able to keep pace with the leaders while keeping the chasing McLaren cars at bay.

The retirement of Verstappen promoted Russell to his first podium of the season in third, just ahead of his teammate Hamilton, while McLaren will leave Australia feeling more optimistic than things looked at the first race of the season in Bahrain as Lando Norris and home hero Daniel Ricciardo came home fifth and sixth, respectively.

Hamilton had managed to get ahead of Perez on the first lap of the race, with a solid start and the Mexican needing to lift off in the run into Turn 1 to avoid running into the back of Verstappen offering an opportunity for the Mercedes to go up the inside into 3rd.

The seven-time world champion lost out on track position in subsequent safety cars, with his teammate Russell benefitting from a fortunately timed pitstop in the same period.

Elsewhere Esteban Ocon managed a seventh place for Alpine, as teammate Fernando Alonso left disappointed with a 17th place finish despite showing some promise during qualifying and practice sessions as the safety car scuppered his position.

Valtteri Bottas, the last person to win in Melbourne back in 2019, came in 8th in the Alfa Romeo, followed by the AlphaTauri of Pierre Gasly and a first points of the season for Williams with Alex Albon in 10th.

Guanyu Zhou finished just outside the points in 11th, ahead of Schumacher and Magnussen as Haas failed to carry over their form from the first two races, with Yuki Tsunoda 15th for AlphaTauri and Nicholas Latifi 16th for Williams.

The second Ferrari of Carlos Sainz had looked similarly competitive to his teammate throughout the weekend, but it all fell apart for the Spaniard in the final session of qualifying as an issue with getting the car started in the garage delayed his start to Q3.

That meant Sainz struggled with tyre temperatures, and was ultimately only able to put in a final qualifying lap good enough for ninth on the grid for the race.

With the poor starting position, Ferrari opted to put on the hard tyres to give Sainz a chance at an alternative strategy, but the choice proved fateful as the driver immediately started to go backwards off the line as he struggled to get heat in the rubber.

It all came to a head at the fast chicane at Turn 10, when he tried to go around the outside of the Haas of Schumacher and overran into the grass, which put him into a spin into the gravel trap on the far side of the chicane, beaching the car and forcing a retirement.

The other Haas of Magnussen tried a similar move later in the race and also ended up overrunning into the grass, but unlike the unlucky Sainz was able to keep it on track on the other side and continued his race.

Only Vettel and Aston Martin could rival Sainz for misery over the weekend, as the German’s return after missing the first two races ended with a retirement, significant extra work for the mechanics after qualifying and practice crashes for he and teammate Lance Stroll, and a €5000 fine for his scooter jaunt around the circuit.