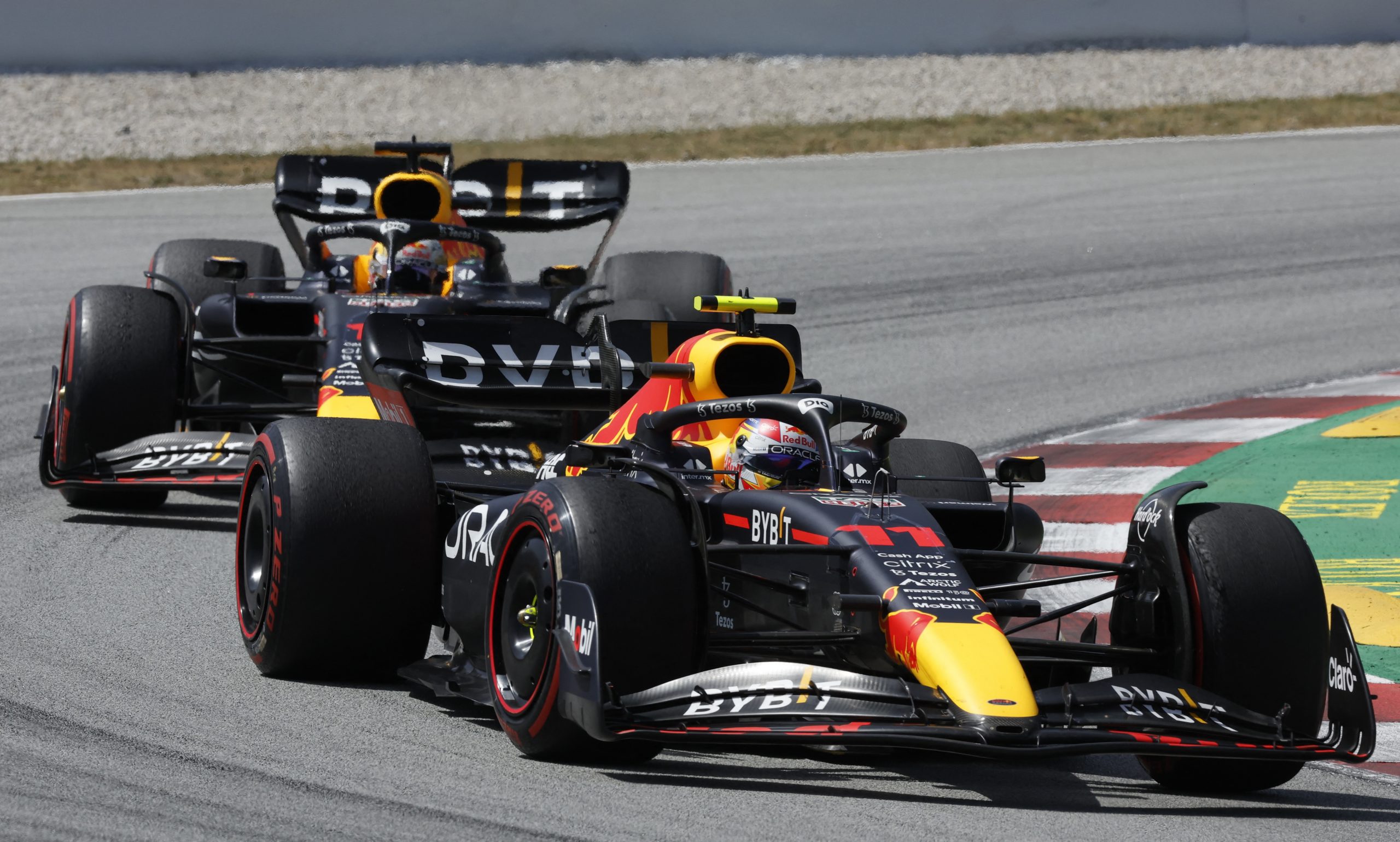 Max Verstappen took his third consecutive victory of the 2022 F1 season after winning the Spanish Grand Prix, one which put him back in control of the Drivers’ Championship, yet Jacques Villeneuve has risked the ire of Formula 1 fans by saying Sergio Perez was always going to let the Dutchman past, as he is the No.1 driver at Red Bull.

Sergio Perez was forced to let Verstappen past him on two occasions during Sunday’s race, despite the fact he had done the hard yards in the race to get past George Russell’s remarkable defence, something the defending world champion had failed to do, yet Villeneuve saw nothing wrong.

“Verstappen is the No.1, the world champion, of course Perez lets him past,” Villeneuve stated in his column for Formule1.nl.

“He [Perez] was very disappointed yesterday, but Red Bull’s tactics were right.”

Team orders are something that fans of the sport have never really liked, and the sport itself has flirted with prohibiting them, but as teams simply found creative ways around the rules, F1 merely sat back and allowed team orders.

Now, for the spectacle of the race, teams don’t make it clear what they are doing, they send coded messages to their drivers, usually along the lines of ‘your teammate is on a different strategy to you’, which translates to ‘let him by’.

During the race Verstappen had issues with his DRS system which caused the Dutchman to launched a plethora of expletives over the team radio as the problem persisted, though Villeneuve doesn’t see there to be much of an issue.

“Max Verstappen always speaks in the ‘we’ form when it comes to problems with the Red Bull,” Villeneuve went on, “unlike others who point at the team with ‘you’.

“Something like that tirade happens in the heat of the moment, it sounds worse than it is. Everyone knows that he is performing at his maximum and demands the same from the team.

“It’s not nice to hear, but after all these years they know that Max gets everything out of the material they provide him.”