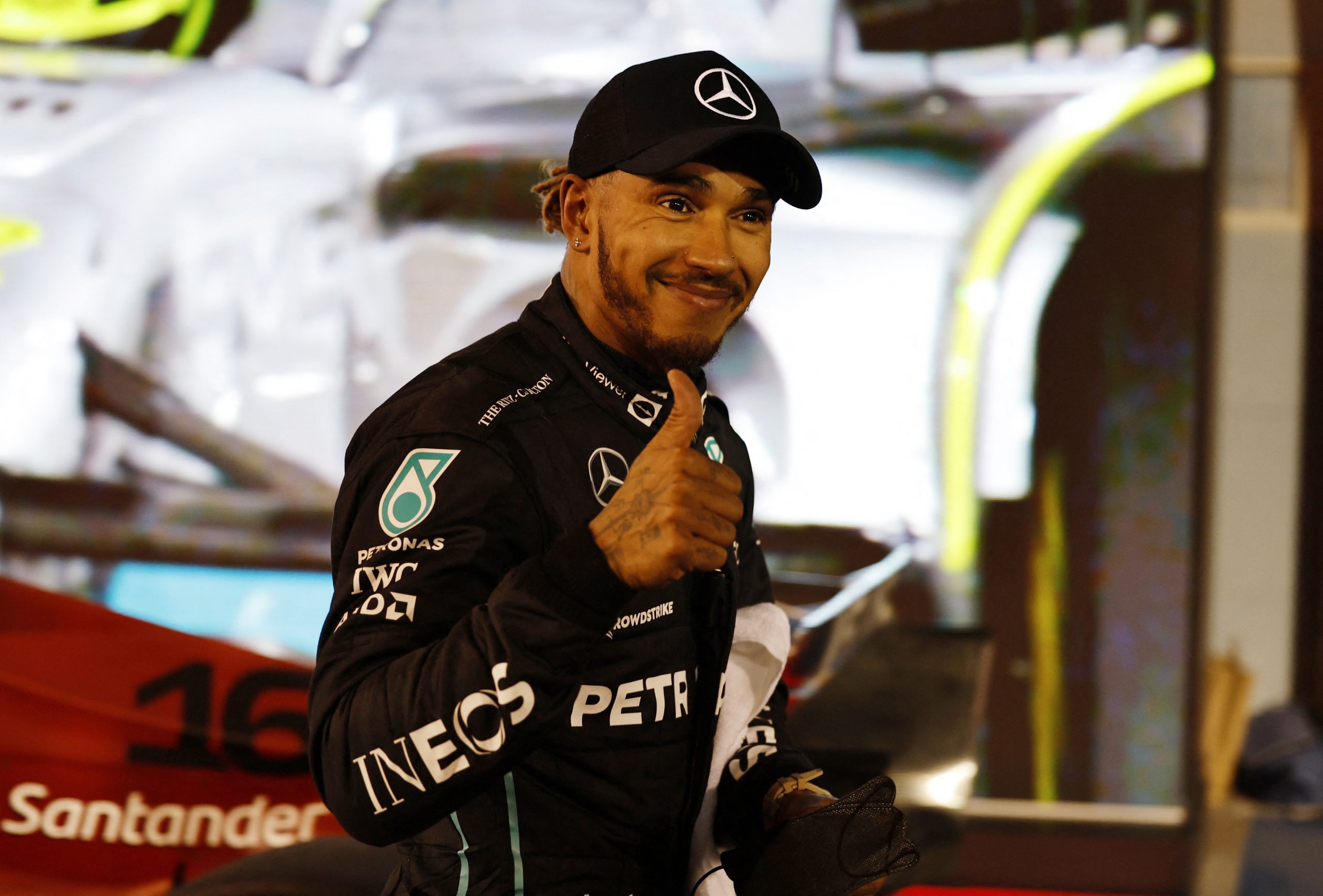 Although Mercedes defied the odds to finish on the podium at the 2022 Bahrain Grand Prix, Lewis Hamilton and Toto Wolff say the team still have ample work ahead of them to catch the likes of Ferrari and Red Bull.

Hamilton slumped to a fifth place showing in qualifying on Saturday, with new teammate George Russell unable to do any better, registering the ninth fastest time.

As a result, expectations were low for Mercedes heading into Sunday, though they managed to save their race weekend thanks to Red Bull’s late double DNF, with Hamilton and Russell finishing third and fourth.

While the result was certainly a welcome one for Hamilton, he made it clear it was unexpected given the struggles Mercedes faced over the course of the weekend.

“We definitely wouldn’t have expected it,” Hamilton told Sky Sports F1 when asked if he thought a podium finish was possible prior to the start of the weekend.

“I woke up this morning hoping that we would have a chance to fight, and have a car that was better than we think, but we did struggle in the race.

“George [Russell] did a great job, and to get third and fourth is pretty remarkable given the problems that we have.”

Hamilton explained that Mercedes are struggling with the rear of the car compared to Ferrari and Red Bull, who were well ahead of the Silver Arrows prior to the late Safety Car.

“We have a car that is bouncing a lot everywhere, not just in a straight line,” Hamilton added. “We have a very poor rear end through all the low speed corners, and all the medium speed corners. The only place that it is generally quite good is in the high [speed corners].

“We are very slow in the straight line. I don’t know if it’s drag, or power, we haven’t figured that out yet, but we can’t keep up with the others, even in the DRS.”

Mercedes team principal Toto Wolff didn’t stray from his driver’s sentiments after the race, stating that at this time, his team are third in terms of overall performance.

“At the moment we are five and six, third [in terms of constructors’] on the road,” Wolff told Sky Sports F1 after the race. “We are trying to recover ground, but it’s not going to come from one day to the other.”

Wolff was truthful in his assessment of where Mercedes stand, stating that expectations have changed compared to last season’s season opener.

“If we would have come third and fourth last season, it would have been very frustrating, but this year, I think we are punching above our weight class,” said Wolff.

“With the Red Bull DNFs, I think third and fourth is a fantastic result.”