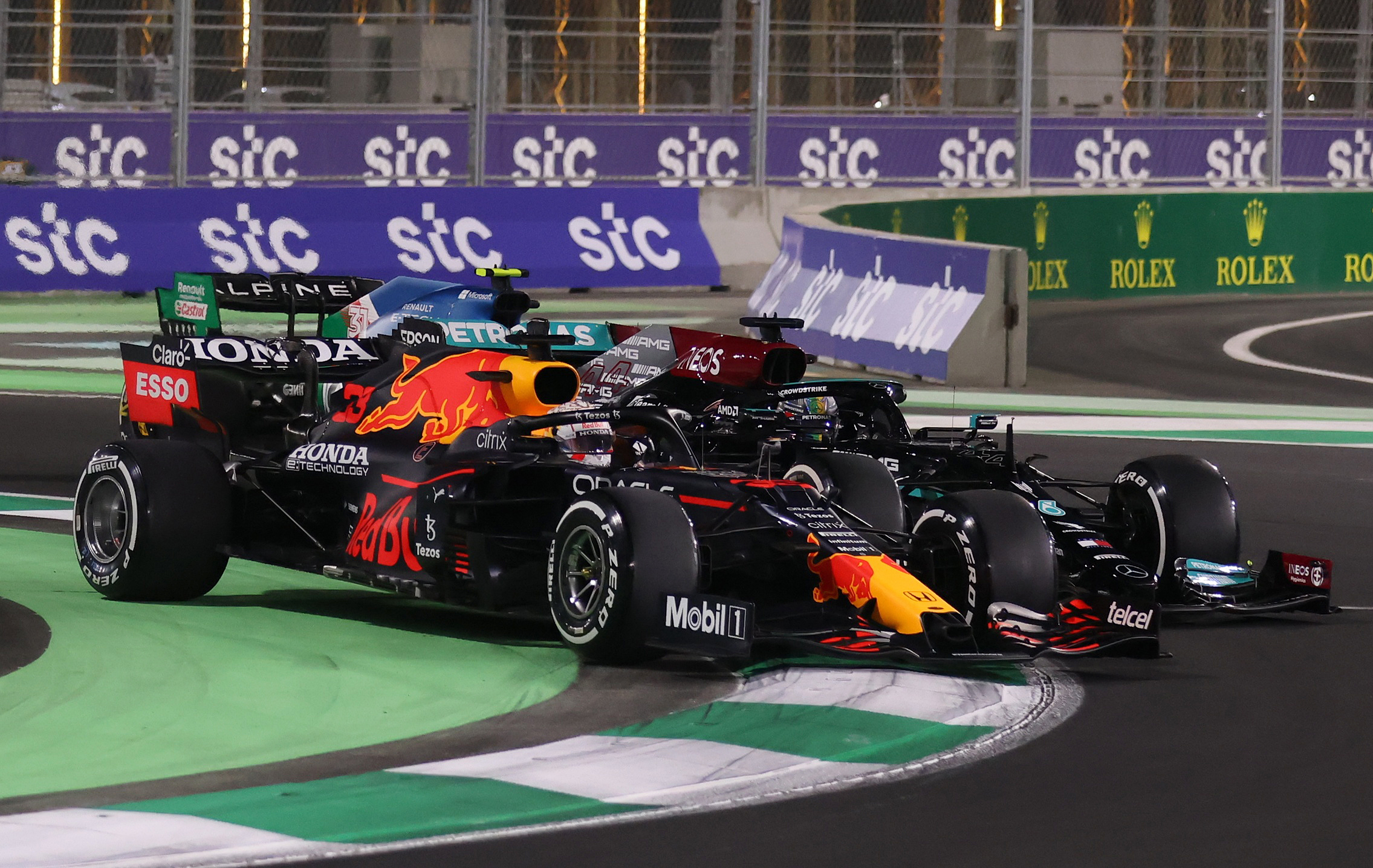 Chaotic is the aptest way one could describe the inaugural Saudi Arabian Grand Prix. While the first 10 laps were dominated by Mercedes, with Lewis Hamilton and Valtteri Bottas holding station in what looked like a comfortable one-two, the race was turned on its head when Haas driver Mick Schumacher crashed into the wall.

The resulting chaos sparked a flurry of exchanges between not just between Hamilton and Verstappen, but Red Bull and Mercedes as well. While the on-track action was gripping, the race showcased how far both camps were prepared to go with just one round left in the 2021 Formula 1 season.

In retrospect the race at Saudi Arabia could herald a new chapter in the Hamilton/Verstappen dynamic.

With Schumacher crashing heavily into the barriers, race director Michael Masi was left with little option but to deploy the Safety Car. While the Mercedes pair opted to pit for new tyres, Max Verstappen and Red Bull decided to stay out, a gamble that would pay off handsomely. As the cars trundled around the Jeddah street circuit a decision was made to Red Flag the race.

This essentially gave Verstappen a free pitstop and, to rub salt into Mercedes‘ wounds, meant he would start from pole for the race’s restart. Mercedes not only lost their advantage but they now found themselves starting behind the Red Bull driver as a result of the stoppage.

As the race resumed once more it was Hamilton who made the better getaway with Verstappen having to go over the kerbs, putting all four off the circuit to defend against Hamilton in order to maintain his position. The ensuing melee allowed Alpine‘s Esteban Ocon to go past Hamilton and just like that the reigning world champion found himself in third.

As the battle at the front raged on, there was carnage in the middle and at the rear of the pack as Sergio Perez, George Russell, and Nikita Mazepin all faced the consequences of the circuit’s narrow layout. With cars stranded out on the circuit, the race was stopped once more and the cars were forced to line up in the pitlane again.

However, given Verstappen‘s infringement, the Dutchman would be relegated to third after the stewards deemed he gained an unfair advantage by going off the circuit in his attempts to keep Hamilton at bay.

Undeterred by his two-place demotion Verstappen executed a brilliant start, sandwiching Hamilton, who then had to take evasive action to avoid colliding with Ocon as Verstappen galloped into the race lead.

Hamilton was able to quickly dispatch Ocon and set off in his pursuit of Verstappen with the pair exchanging fastest laps in what was a pulsating middle part of the race. While there were a spatter of interruptions of Virtual Safety Car periods during this stint, the battle between Hamilton and Verstappen was enthralling to watch as both drivers went hammer and tongs to come out on top.

Hamilton though would have an advantage as Mercedes‘ decision to bolt on a set of hard tyres would ultimately prove to be the right strategy with Verstappen and Red Bull‘s decision to run on the medium tyre looking like a long shot from the onset.

The move and the fallout

On lap 37, Hamilton was close enough to attempt a move on Verstappen. With the help of DRS and Verstappen’s slipstream, the Mercedes driver was able to pull alongside Verstappen and the Red Bull driver went off the circuit once more in order to defend his position.

Things would boil over when after being instructed to hand the position back, Hamilton would drive into the back of Verstappen and accused the Dutchman of brake testing him

The damage sustained to Hamilton‘s car would not impact his performance and the reigning world champion would eventually go past Verstappen and claim the race win after the Dutchman waved him past. Verstappen would also incur two timed penalties as he claimed second.

A visibly upset Verstappen walked off the podium after receiving his trophy feeling aggrieved at what had just transpired. Hamilton for what it’s worth insisted that Verstappen brake tested him and insinuated that the Dutchman’s driving standards needed to be reviewed.

“He is over the limit for sure,” Hamilton told Sky Sports F1.

“I’ve avoided collisions on so many occasions with the guy and I don’t always mind being the one that does that, because you live to fight another day, which I obviously did.

“I’ve raced a lot of drivers over the last 28 years and I’ve come across a lot of different characters. There’s a few at the top which are over the limit.

“Rules kinda don’t apply or [they] don’t think of the rules but, today, I just tried to do my talking on the track.”

While the pair have battled each other incessantly throughout the year, the incidents at the Jeddah street circuit feel like the duo are reaching a point of no return with regard to their relationship.

While there has always been a healthy amount of respect displayed between the two drivers, there is no doubt that things deteriorated significantly under the lights in Saudi Arabia.