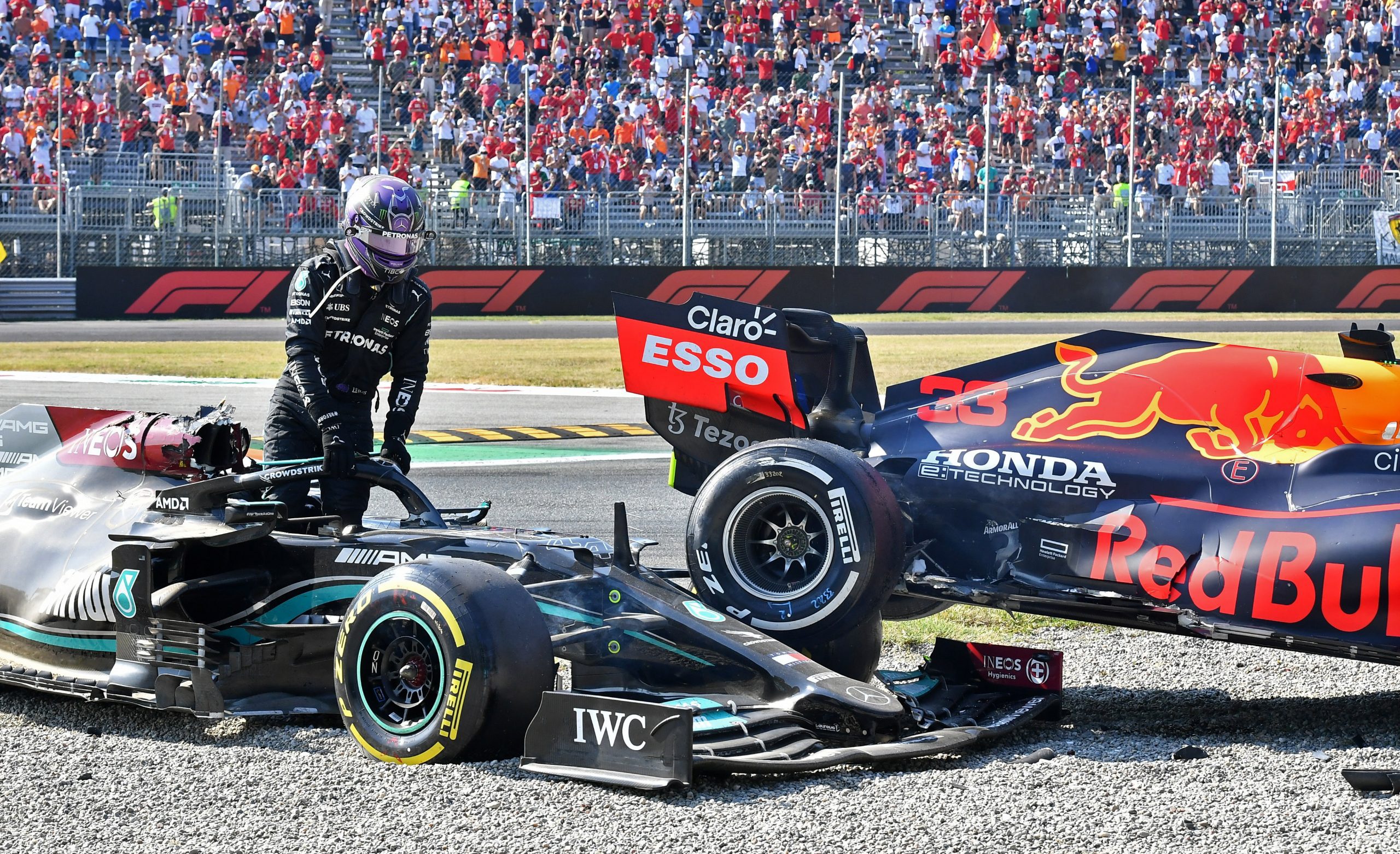 On a weekend that saw momentum swing from Mercedes to Red Bull, perhaps it’s only fitting that both teams leave the 2021 Italian Grand Prix with little having changed in both Formula 1 championship standings.

While Max Verstappen extended his lead in the Drivers’ Standings ever so slightly and Valtteri Bottas’ sprint qualifying win and third-place fight back on Sunday helped Mercedes extend their Constructors’ Standings lead, there isn’t much focus on points at this time.

That’s because the Dutchman and Lewis Hamilton added another chapter to a rivalry that is slowly but surely bringing out the worst in both drivers.

While the big talking point from the Italian Grand Prix happened on Lap 26, the stage was set on the opening lap when the two nearly came together heading into the second chicane.

Verstappen rightly held his line, having lost the lead of the race off the line to Daniel Ricciardo, while Hamilton, not for the first time this season, took to the run-off area.

The Mercedes driver was quick on the radio, stating he thought Verstappen pushed him off the road, but in the end the stewards felt there was nothing to investigate.

That wasn’t the case on Lap 26. With Hamilton exiting the pits, Verstappen arrived alongside his championship rival. The Red Bull driver only found himself in that position after an uncharacteristically poor pit stop of 11.1 seconds, and it was quickly apparent he wasn’t willing to stay behind the Mercedes driver.

As the two headed into the Variante del Rettifilo side by side, they inevitably made contact. Verstappen’s Red Bull was sent flying into the air, slamming into Hamilton’s halo before coming to rest on the Mercedes nose cone.

If the incident made you think back to Silverstone, you weren’t alone. After keeping things friendly off track earlier in the season, Sunday’s accident at Monza is proof that the dynamic between the two drivers has definitely changed.

While Red Bull were quick to defend Verstappen after the race, as they should, they also weren’t as vociferous as they were following the opening lap incident at Silverstone that saw the Dutchman taken to hospital while Hamilton took the chequered flag.

Whatever the thinking was behind their response, it didn’t change the mind of the stewards, who handed Verstappen a three-place grid penalty for the next race in Russia.

Red Bull released a statement after the decision, stating they disagreed but ultimately accepted the stewards decision.

“We are disappointed with the three place grid penalty, but accept the stewards decision,” Horner said. “We felt what happened between Max and Lewis was a genuine racing incident.

However, it’s unlikely Hamilton and Verstappen will move on from Sunday’s incident as quickly. Toto Wolff compared the Dutchman’s manoeuvre to a ‘tactical foul’ in football, and it’s easy to see why.

Given Monza has been a Mercedes stronghold in recent years, the team looked poised for a stellar weekend after finishing one-two in qualifying. Although Bottas had changed his engine, meaning he’d start Sunday’s race from the back of the grid, in theory it wouldn’t hurt Hamilton all that much with the pace advantage he was expected to have.

Instead, a slow start by Hamilton in the sprint race resulted in him failing to score points, while the Finn’s win quickly became an afterthought given his penalty gave pole position to Verstappen.

With the chance to deal a heavy blow to his championship rival on Sunday, the Dutchman showed no hesitation in battling it out wheel to wheel with Hamilton. However, the thought of seeing that advantage go to waste on Lap 26, along with those still vivid memories from Silverstone, may have seen Verstappen take things just a little too far.

In the end a penalty was the right call, the Red Bull driver having to serve a three-spot grid drop in Russia given he couldn’t be penalised at Monza after retiring.

The hope is that we can return to clean racing now that both drivers have been at fault at separate instances, as that’s what everyone wants from this 2021 World Championship fight.

Nevertheless, it means there are no shortage of storylines for F1 fans to chew on before the Russian Grand Prix in two week’s time.