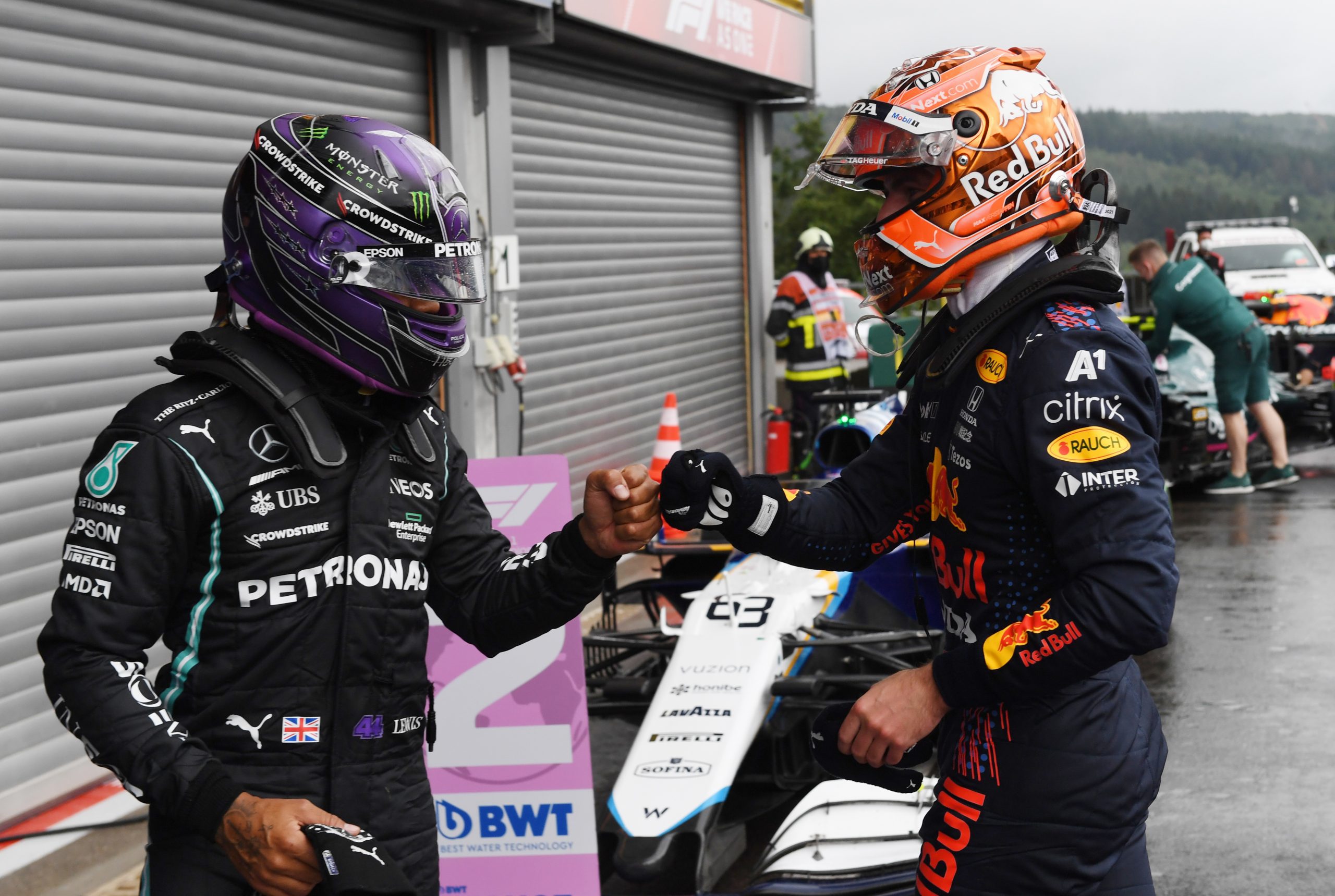 One in a while, sports that normally exist on fringes of the mainstream get their days in the sun. While week in, week out, the Premier League is headline news, the likes of cricket, Formula 1, snooker and athletics need seismic moments and events to catch the eye of the average punter.

On Sunday, the sporting world will be transfixed on Abu Dhabi’s opulent harbour and its surrounding climes, ahead of one of F1’s most significant races of all time. Those who have been watching motorsport for the over the past decade will have been told, ad nauseam, about Formula 1’s glorious past. From the golden years of the 1960s, to F1’s V12 turbo era of the late 80s, and even through to the early 2000s – where the racing was secondary to the evocative V10 soundtrack.

And yet, while many fans still pine for cars and eras gone by, even the most iconoclastic and nostalgic of viewers would surely be able to appreciate the significance of the 2021 season. Statistically the greatest F1 driver of all time, facing off against his young pretender to crown…it hardly gets better than that – no matter the era.

This isnt the first time we’ve seen generations collide like this, even if the most famous and poignant duel, Ayrton Senna v Michael Schumacher in 1994, was cruelly cut short. But seldom have we ever seen two drivers so beautifully matched, while also being polar opposites in personality, driving style, and most relevantly of all, age.

Lewis Hamilton and Max Verstappen head into the final race of the season at the Yes Marina circuit dead level on points, after 21 (mostly) absorbing rounds. For the former, history awaits in the form of a record eighth F1 drivers world title, while Verstappen is setting out to win his first.

Formula 1 in the Drive to Survive era

It’s a script that even the most devious ‘Drive to Survive’ producer couldn’t have contrived, especially with all of the fascinating sub-plots that simultaneously unfolded in recent months. The great irony is how much of this season’s action seems to have been tailored towards to ‘Love Island’ or ‘Keeping Up with the Kardashians’ viewers than your average sports fan – such has been the emphasis placed upon off-track squabbles between the main protagonists.

Whether it be the mud-slinging between Red Bull/Mercedes chiefs Christian Horner and Toto Wolff, or both teams’ endless badgering of FIA race director Michael Masi, F1 has certainly made its play to try and rope in new audiences this season. Perhaps that partially explains why this year also feels so different.

Thanks to a pulsating title fight, and the increasing popularity of ‘Drive to Survive’, it really does feel as if F1 has cracked the cultural zeitgeist for the first time in many years. A new generation finds heroes to revere all over the grid, thanks in part to Lando Norris’ engaging Twitch streams, as well as a general willingness from other drivers to engage more with fans online.

Nevertheless, none seem to captivate quite like the two title chasers. Whoever you’ll be cheering on this weekend, you have to appreciate just what Verstappen and Hamilton have both done to elevate motorsport. Beginning with the Brit, F1 has a bonefied star in its ranks, one with a keen interest in music and fashion, where many suspect his future will lie after he hangs up the racing suit for good.

But that isn’t where it ends. Aside from the 36-year-old’s incredible race craft, and status as an all-time great, he has also changed the way we see F1 for better and for always. In this historically white sport, where financial limitations are the biggest barrier to entry, Hamilton has defied convention at just about every turn.

More recently, we’ve also seen him, alongside Sebastian Vettel, spearhead several important social justice campaigns, which continue to impact F1, as well as the wider world. While the seven-time world champion’s activism attracts just as much hate as support, history will certainly note the importance of his work. For so many fans, Lewis is more than just a racing driver, he is a symbol of defiance and triumphing against all the odds – which he has shown once again in the closing stages of the 2021 season.

And then there’s young Max, a throwback driver whose style is quite unlike any we’ve seen in the sport for some time. On YouTube, you can find a very wholesome clip of Verstappen’s very first F1 press conference as a Toro Rosso driver. Aged just 17, he spoke with a level of confidence that you simply have to admire in hindsight.

Among the other drivers present in that press conference was Hamilton, then a two-time drivers champion. At one point, the Mercedes man turns to greet Verstappen, asking the rookie: “you were born in 1997?”, to which he nods. A stunned Hamilton can’t help but feel all of his 29 years, responding with “I signed my first McLaren contract in 1997.” What was even more remarkable than Verstappen’s age back then, however, was his absolute fearlessness out on track.

Following a handful of first-year shunts, the youngster’s all-action style, and refusal to back down in wheel to wheel combat soon became a defining characteristic of his driving. He was bold, aggressive, and jaw-droppingly rapid over a single lap – all of which remains true to this very day. And in that vein, it isn’t hard to see how his driving style, which mirrors that of greats in eras gone by, is so attractive to an action-starved younger audience.

Unsurprisingly, this style has also rubbed some people the wrong way, including his great title rival. Now entering the final stage of his illustrious career, Hamilton is a far more cerebral and thoughtful driver than he was at Verstappen’s age. Rather than going wheel to wheel at every juncture, the Brit will often play the long game, and simply live to fight another day for the sake of the championship.

Verstappen, by contrast, guided by his youthful exuberance, never seems to back down from the fight. In the final analysis, one of these two contrasting styles will be credited with helping to carry the victor to the title. If Lewis is crowned champion once again, the Dutchman could reflect on missed opportunities at Silverstone and Monza, where his uncompromising approach saw him leave both tracks without any points.

But if Verstappen prevails, Hamilton might instead wish that he had laid down an early marker in Spain or Imola, by not letting his young rival dictate terms. Martin Brundle once said of Senna, that “He would put you in a position where you were going to have an accident, and he would leave it down to you to decide whether you had it.” He then adds that drivers who lept out of the Brazilians way were “psychologically buried” thereafter.

We are perhaps seeing history repeating itself, whereby, after the first few flashpoints, Verstappen knew the Mercedes driver would give way if enough pressure was applied. Silverstone was a turning point in that regard, where both drivers’ absolute unwillingness to give way led to the 24-year-old crashing heavily – for which Hamilton was held responsible.

Frankly, one could dissect each incident between the pair until the beginning of next season, especially after last weekend’s dramatic Saudi Arabian Grand Prix, in which Verstappen received two separate penalties from the stewards. But that isn’t the aim of this piece.

A duel of the ages

Instead, we all should be drinking in every second of this weekend’s action, as the world gets ready to witness a truly historic sporting event that may never be repeated. The ‘black ball’ Snooker World Championship final of 1986, the 2019 Cricket World Cup final, Hunt v Lauda at Fuji, Usain Bolt at the Birdsnest.

Some sporting moments really do live up to the hype and the billing. They scarcely even need the dramatised promotional adverts, or to be featured first on BBC News, because somehow or other, people instinctively understand the significance of what is about to unfold.

For the first time since 1974, we head into the final race of an F1 season with two drivers level on points. It’s entirely conceivable that both Hamilton and Verstappen are regarded as all-time greats by the time they each retire from racing – which only adds to the mystique of this year’s epic duel.

In such turbulent times, and amidst all of the animosity between the championship leaders, their teams and the respective fan bases, now is surely the time for us all to take stock – and simply appreicate the spectacle.

To borrow a particularly wonderful line from the legendary Martin Tyler, “I swear, you’ll never see anything like this again”.