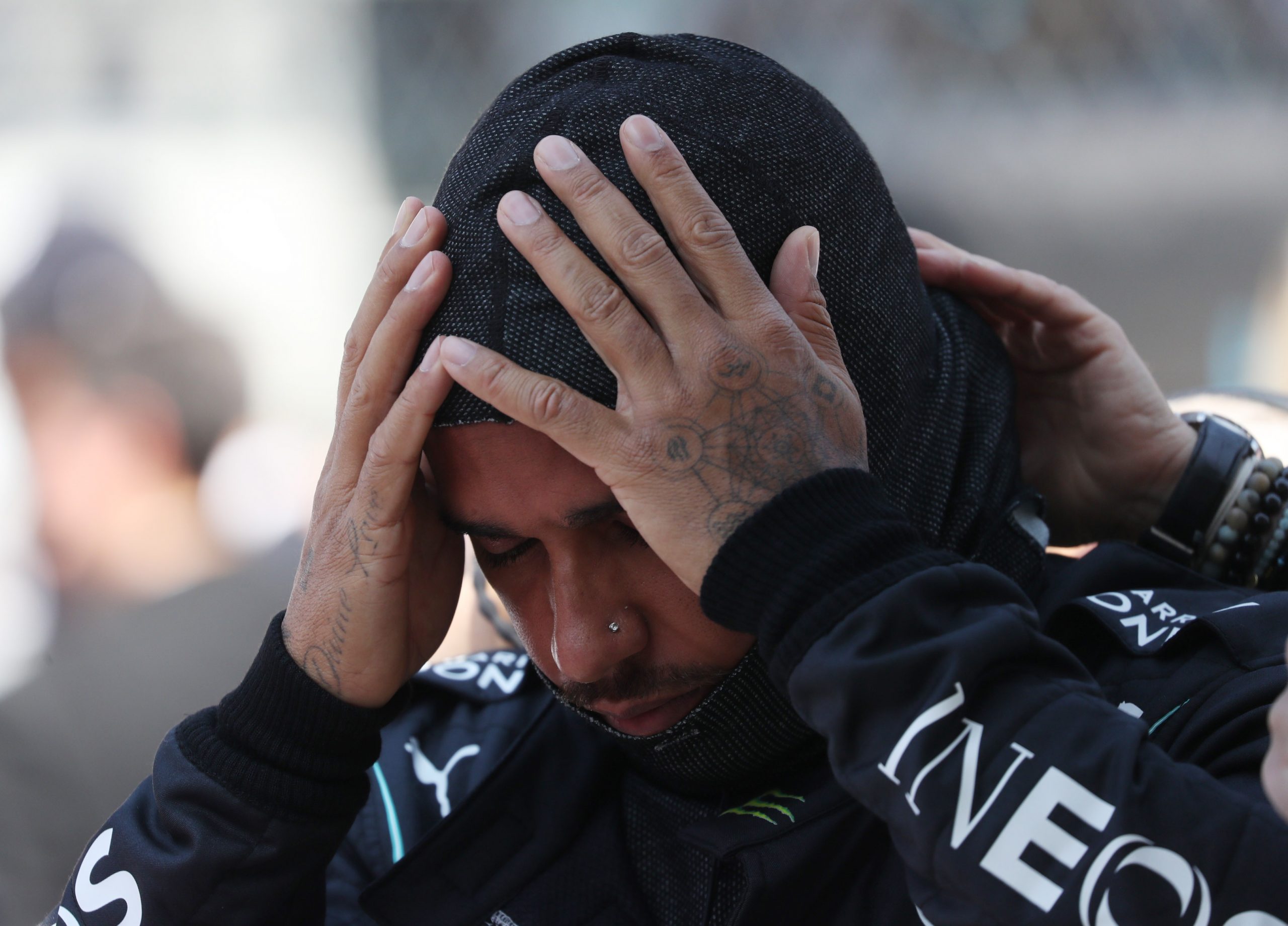 Time is running out for Lewis Hamilton in his quest for a record-breaking eighth Formula 1 World Championship, after Max Verstappen took the chequered flag in at the 2021 Mexico GP.

And to think, things were headed in the right direction for the Brit and his Mercedes team following qualifying. Valtteri Bottas and Hamilton had claimed their first front-row lockout of the season, at a track that everyone had pegged as a Red Bull stronghold.

After Mercedes posted the top two times in Practice 1, Red Bull had firmly swung things in their favour with strong showings in the final two practice sessions. However, when it mattered most, it was Mercedes that found some unexpected pace in their bag of tricks. Or rather, they found a Yuki Tsunoda.

The Red Bull junior attempted to move out of the way of Sergio Perez and Max Verstappen during their final run in Q3. Unfortunately for the AlphaTauri driver, his move off track at Turn 10 distracted Perez, which resulted in the Mexican going off track. This then caused Verstappen to lift off, which handed Mercedes an unexpected front-row lockout that surprised everyone, including Hamilton.

However, what looked like advantage Mercedes in Sunday’s Mexico City Grand Prix disappeared almost immediately. Although Bottas and Hamilton both got off the line well, the long run down to Turn 1 at the Autodromo Hermanos Rodriguez meant that Verstappen’s second-row start wasn’t a death sentence.

Rather, it allowed him to use the slipstream down the long straight to his advantage. And with Bottas failing to adequately close the door at Turn 1, Mercedes’ and Hamilton’s advantage was thrown out the door immediately with Verstappen taking top spot.

Things went from bad to worse moments later, when Bottas was clipped by Daniel Ricciardo, sending the Finn tumbling down the order. His absence gave the strategical advantage to Red Bull as well, with Hamilton forced to chase Verstappen and keep Perez at bay on his own.

All that being said, who knows how much help the Finn would have provided his teammate given how easily Verstappen cruised to victory.

In fact, Hamilton’s focus for much of the race was on trying to keep Perez behind him, rather than catching Verstappen. The Dutchman’s winning margin of 16.5 seconds doesn’t adequately capture how dominant his performance was, with Hamilton remarking after the race that there was no way to beat Red Bull given how superior they were.

“Congratulations to Max,” said Hamilton after the race. “Their car is far superior this weekend and there’s nothing we really could do about it. I gave it absolutely everything.

“Obviously a great fight with Sergio at the end. I’m really grateful I was able to at least get a second.”

While a second-place finish was all that Hamilton could ask for, it isn’t the result he needs at this point of the season. With just four races remaining, the Briton now trails Verstappen by 19 points in the Drivers’ Championship standings.

All roads lead to Verstappen

Sunday’s result means Verstappen has now extended his lead in the Drivers’ Championship at each of the last three races. With momentum firmly in Red Bull’s corner heading into Brazil, another track that has favoured the team in recent seasons, there is simply no margin of error for Hamilton at each of the remaining races.

Even then, the seven-time world champion needs a bit of good fortune as well. Heck, he didn’t put a wheel wrong in Mexico on Sunday, and he still didn’t come close to challenging Verstappen.

While the Dutchman and Red Bull saw a sizeable lead evaporate earlier this season, that coincided with Verstappen’s off in Silverstone and first-lap misfortune in Hungary.

After 18 heart-stopping races, the 2021 F1 season has taught us to never say never. Hamilton’s previous track record shows that as well, having famously won the 2008 World Championship at the final corner of the final lap of the final race of the season in Brazil.

He’ll have a chance try and work some of that magic next weekend when F1 visits Brazil for the first time since 2019. Otherwise, F1 will be one step closer to welcoming a 34th World Champion to the fold in the shape of Verstappen.