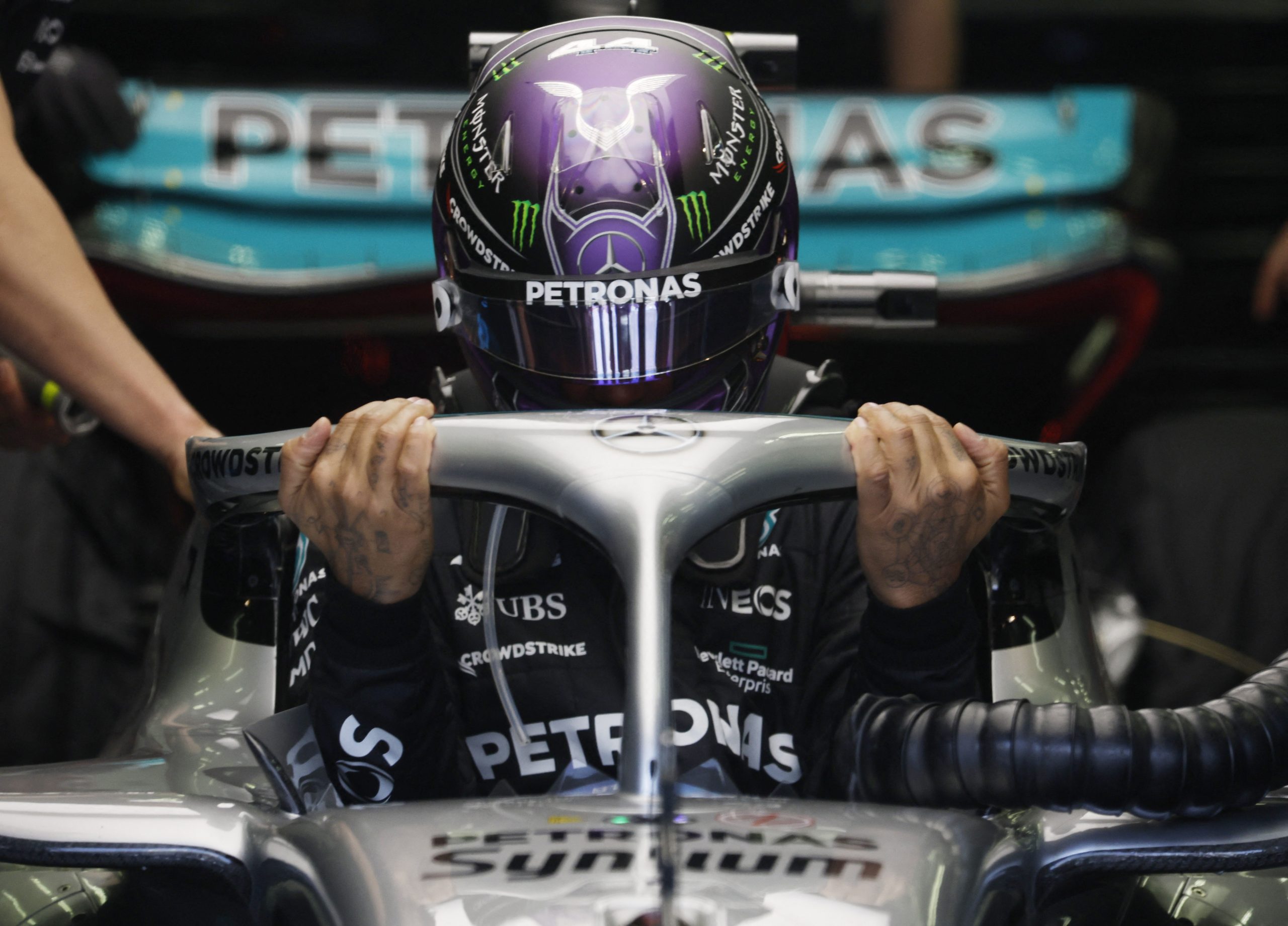 Lewis Hamilton believes Mercedes won’t be able to compete for victory at the season-opening Bahrain Grand Prix, after a difficult pre-season test where the Silver Arrows were outshined by Ferrari and Red Bull.

Despite catching people’s attention with their, lack of, sidepods on the first day of the Bahrain test, Mercedes have been off the pace throughout testing in Sakhir as Max Verstappen impressed on the final day.

“At the moment I don’t think we’ll be competing for wins but there is potential within our car to get us there,” Hamilton told the press.

“We’ve just got to learn to be able to extract it and fix some of the problems, which is what we’re working on.

“Everyone’s doing such an incredible job back at the factory, working as hard as they can, but we have some hurdles to overcome.”

The defending Constructors’ champions have a history of not showing their hand in testing, but their lack of pace compared to Red Bull and Ferrari seems genuine this time around.

If Mercedes were sandbagging, Hamilton and George Russell wouldn’t have experienced clear handling issues on short and long runs.

Hamilton, who is looking to break Michael Schumacher’s record of seven World Championships, admits this year is different to previous seasons.

“Obviously next week we’ll get a much better showing of our pace,” continued Hamilton.

“I think people will be surprised, or at least the people who keep talking about we’re talking ourselves down. It’s a bit different this year.”

Mercedes have had major issues with porpoising, which is when the car bounces around at high speed due to ground effect.

At high speed, Hamilton and Russell have visibly been thrown around more than other drivers which Hamilton thinks will take time to resolve.

“At the moment, it [porpoising] is one of our weak points,” added Hamilton. “Others are also experiencing it and, of course, it’s not something that is exactly great.

“It’s definitely a hurdle right now, but I hope that somehow we’ll be able to fix these things so that we can harness the true potential of these new cars.”