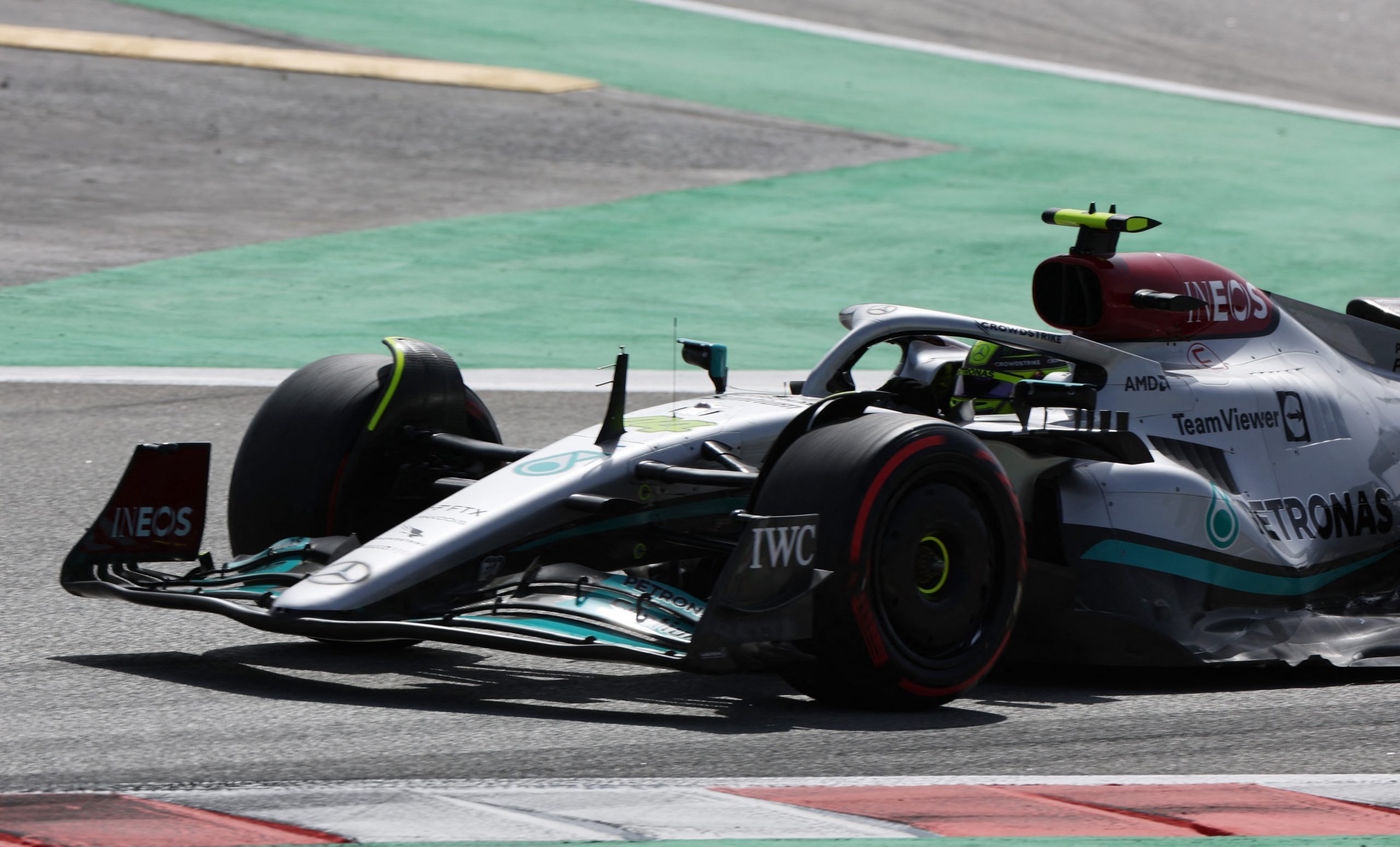 Lewis Hamilton is hopeful Mercedes can begin to compete with Ferrari at the 2022 Spanish GP as he praised the team’s upgrades which have begun to address the issues which have plagued them throughout 2022.

Hamilton qualified in sixth for Sunday’s race, behind teammate George Russell in fourth, as Ferrari’s Charles Leclerc took pole position, but the seven-time world champion said Mercedes had addressed some of the porpoising issues which have hampered their performance this season.

The result was the lowest Hamilton has qualified at the Circuit de Catalunya-Barcelona since 2009 when he was down in 14th, and he has won in Spain every year in the hybrid era with the exception of 2018, win teammate Valtteri Bottas took victory.

But despite saying he remained disappointed being so far back down the grid, Hamilton acknowledged that the qualifying result marked a step forward for the team.

“The team have done such a great job, so a big thank you to everyone who continues to push back at the factory,” Hamilton told Sky Sports F1.

“We don’t have bouncing in a straight line which is a huge improvement for us, and the car has generally been nicer this weekend.

“We do have some bouncing through the high speed corners like Turn 3 and Turn 9, so we just need to keep working away at it and see if we can improve that and gain a little bit more downforce elsewhere.

“I’m a little bit gutted because I want to be further up ahead, and you have obviously seen that George [Russell] was able to put it further ahead than I, but I’ll keep pushing.”

Mercedes team principal Toto Wolff said that the team believed it had superior race pace to what it was able to produce in qualifying, and Hamilton said the improvements meant they could be able to compete with Ferrari during the race itself.

“Yesterday was the best race pace that we have had, so if we can start racing with the Ferraris for example, that would be amazing,” Wolff said to Sky Sports F1

“I think the Red Bulls still might be quickest, but we might be able to compete with the Ferraris tomorrow, and that’s a big step for us.”

Wolff added he believes Mercedes should be able to unlock even more pace from the car now that the team has managed to get a grip on the bouncing down the straights which has proved so damaging to their results in 2022.

“I believe that we have made a solid step. While we know how to unlock more and more performance, we’re not yet there. So it’s step by step,” Wolff said.

“The other teams have been able to continue to develop the car whilst we have been a little bit in a in a pause moment to to find out about the bouncing.

“So as soon as we can pick up the regular development as soon as we understand the tires better now the bouncing is gone. I think we will be catching up.”