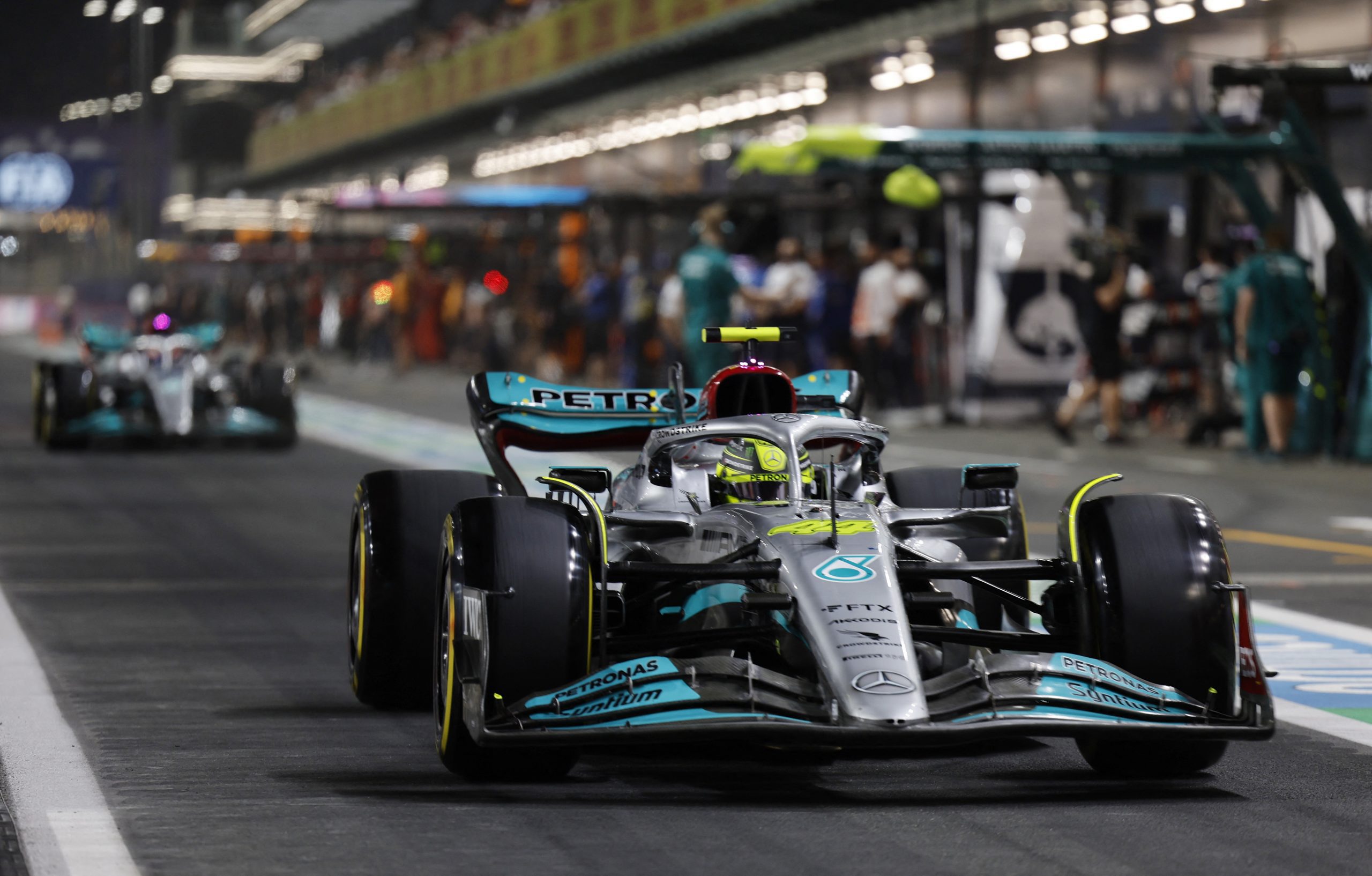 After a disastrous qualifying session that saw him qualify for this evening’s Saudi Arabian Grand Prix in 16th place, Mercedes driver Lewis Hamilton said he is looking forward to going home and that his expectations for the race are extremely low.

With Mercedes still unable to unlock the pace from their W13, Hamilton struggled around the Jeddah street circuit and was eliminated from Q1 for the first time since the 2017 Brazilian Grand Prix. Adding insult to injury the seven-time world champion was comprehensively outperformed by his new Mercedes teammate George Russell, who qualified sixth a full ten positions ahead of his more illustrious teammate.

“I am looking forward to going home,” Hamilton told Canal+.

“With the setup I chose, the car was undriveable. That was my decision. I struggled with the car, it was snappy, I was losing the back end. It’s a wonder I wasn’t one of the drivers in the wall.

“It was very unstable. I don’t know how it will be tomorrow, but it is a long, long way back. I don’t anticipate moving very far forwards.”

The comments follow Hamilton‘s previous remarks about not being 100 percent if Formula 1 should even visit the middle eastern country.

“We don’t decide where we go [but] we are duty-bound to try and do what we can while we are here,” Hamilton told the press.

“Ultimately it’s the responsibility of those that are in power to really make the changes and we are not really seeing enough. So we need to see more.”

Hamilton will have his work cut for him as he tries to salvage what has so far been one of his worst weekends in the sport in recent times. However, given the nature of the circuit in Saudi Arabia, the probability of a Safety Car intervention remains high and if Mercedes can execute a well-timed strategy then Hamilton might well find himself in the battle for the last few points.