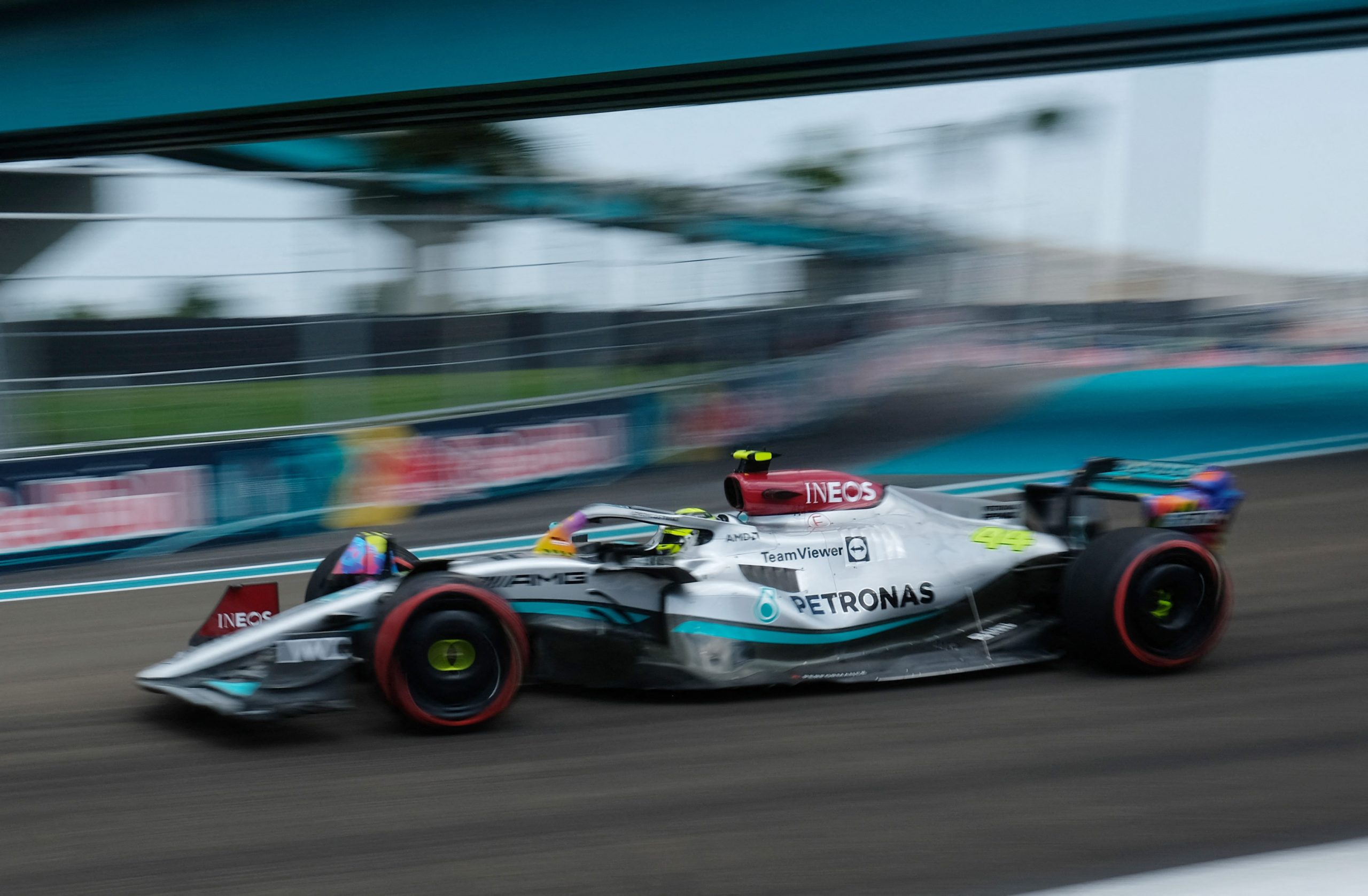 Mercedes‘ upgrades seem have paid off after the first day of action at the 2022 Miami Grand Prix, but Lewis Hamilton isn’t exactly sure where the W13 has improved.

The Silver Arrows were one of several teams to bring upgrades to the Miami International Autodrome, taking to the track with a new front wing, rear wing and beam wing. The changes look to have paid off, as George Russell finished FP2 with the fastest time, with Hamilton finishing fourth.

Despite the positive first day, Hamilton isn’t sure how much the upgrades have helped, as he says he’s still struggling with porpoising and the balance of the car.

“The car is similar to previous races, but we seem faster here,” said Hamilton. “The times say that there have been improvements, but I wouldn’t be able to tell you where.

“The car is still bouncing and we have problems with the balance, but we’ve certainly improved.

“The car feels similar to me but we seem to be quicker and we’ve obviously improved in places. We still have the bouncing so we haven’t cured it but bit by bit, we’re improving the car.”

Russell keeping feet on the ground

Despite finishing with the top time, teammate Russell wasn’t ready to say Mercedes are definitely back on track either.

“Honestly, I can’t explain why we’ve done so well,” said Russell. “It’s only Friday and we shouldn’t get ahead of ourselves.

“We worked on trying to get the most out of the car in FP2, but it was a positive day. Probably the best Friday of the year.

“We always knew that the warm conditions here in Miami would suit our car better, we’ve suffered with getting temperature in the tyres at previous races so that’s a big factor here.

“It’s probably been the most productive Friday we’ve had this season in terms of learning.

“We know that the porpoising will always be there but maybe it’s working at a lower range compared to where we were previously.”