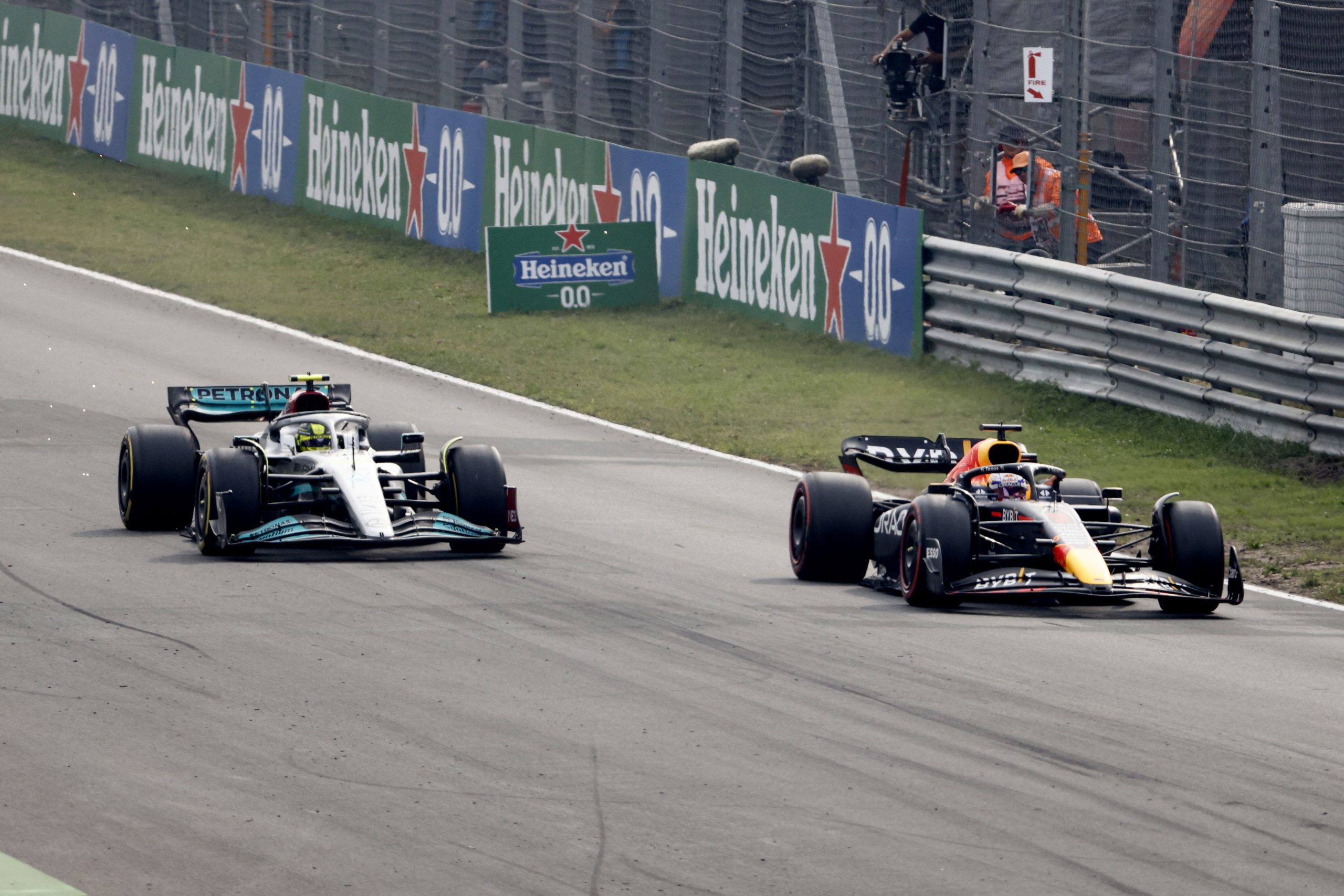 Lewis Hamilton has rowed back on his expletive-laden criticism of Mercedes’ pitstop decisions during the late safety car at the Dutch GP.

Hamilton was furious with his team on the radio after teammate George Russell pitted under the safety car caused by Valtteri Bottas’ engine failure in the closing stages of the race while the seven-time champion was leading the race.

Russell was running in second and his decision to pit for soft tyres alongside Red Bull’s Max Verstappen meant that the Dutchman leapfrogged him to run behind Hamilton, who stayed out on his used medium compound rubber.

That call ultimately meant that Verstappen breezed passed the Mercedes after the safety car restart, and Hamilton ultimately slipped back behind his teammate and the Ferrari of Charles Leclerc to finish the race in 4th.

At the time, Hamilton made is feelings clear over the radio, saying “you guys f***ed me”.

However, speaking to Sky Sports F1 after the race, the Brit apologised for the comments, and said that the team had made the best of the situation.

“Given the circumstances, we were just challenged with lots of things, with the VSCs and the safety cars. I think the strategy and the car had been so good up until that point, the pistops were fantastic, the best I think we’ve had all year, it just felt really great,” he said.

“I was like okay, the guys are really really on it today, we are all on it and I really was hopeful that we can get a one-two together as a team, especially after such an…up and down year – we’ve not had a win since Brazil.”

That win looked to be odds on at one point, but the safety car changed the whole dynamics of the race for Hamilton, and ultimately he wasn’t able to hold onto the podium at the chequered flag.

While he was highly critical over the radio on the track, the Mercedes driver said the team had done the best they could, and the emotions of losing out got the better of him but that he remained optimistic for the rest of the season.

“So it’s finally within our grasp, but then of course there’s the safety car which really didn’t help, and I was just on the edge of breaking point with the emotions,” he said.

“My apologies to the team because I didn’t remember what I said, it was like I just lost it for a second, but I think they know that it’s just so much passion. And I want to look at it as the glass half full.”