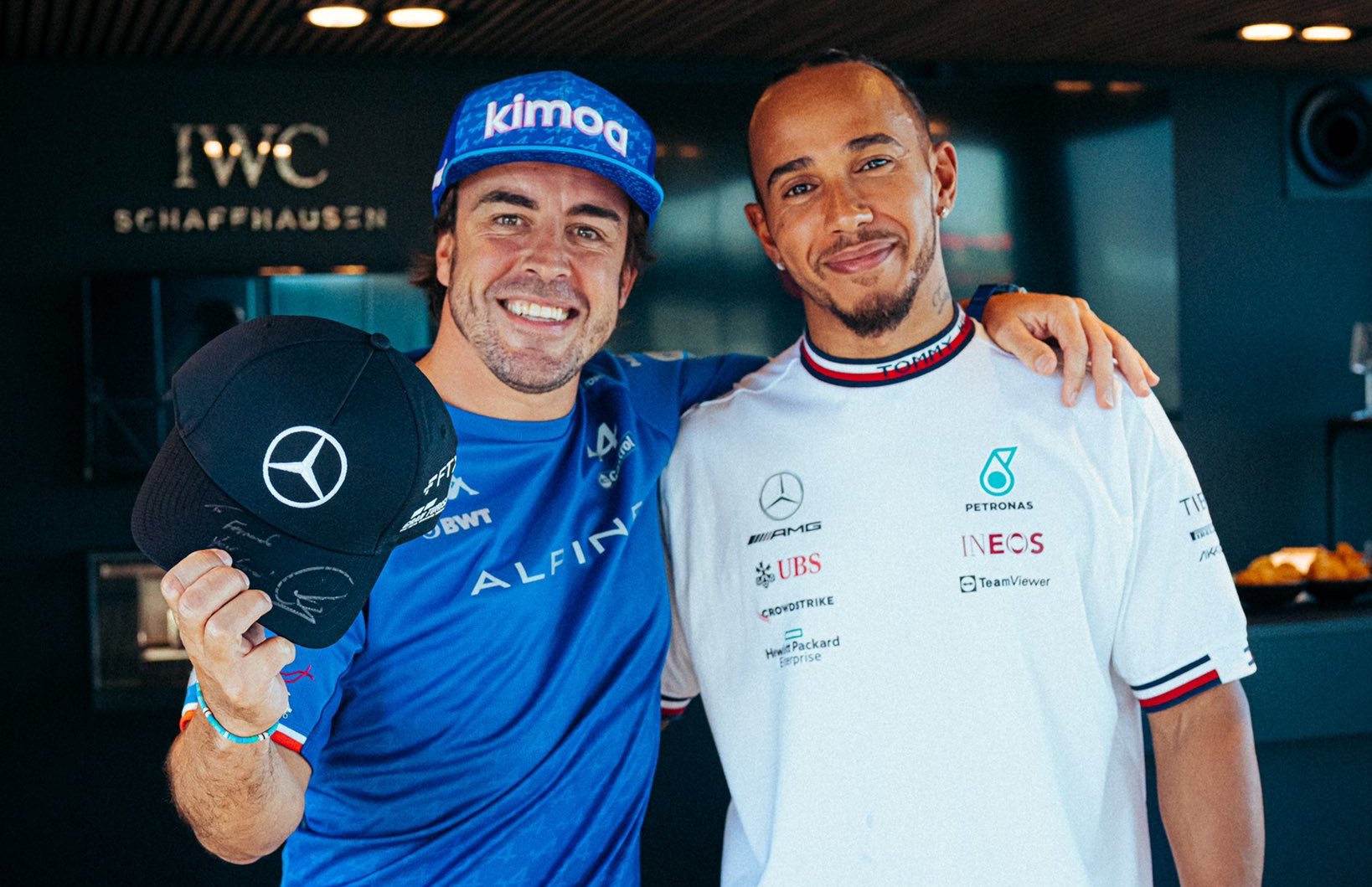 Lewis Hamilton and Fernando Alonso seem to have emphatically ended their mini-feud following their first-lap collision in the 2022 Belgian Grand Prix.

Racing into Les Combes, Hamilton chopped across the Spaniard and was briefly airborne being crashing back to earth and out of the race, whilst Alonso complained of damage and lost the top-three position he’d earned at the start.

He blasted Hamilton on team radio afterwards branding the seven-time world champion an ‘idiot’, but has since admitted he overstepped the mark.

“It’s not a thing for me, it doesn’t change anything, it doesn’t affect me in the slightest,” Hamilton told the media ahead of the 2022 Dutch Grand Prix.

Following the crash Alonso said Hamilton ‘only knows how to drive and start in first’, whilst Hamilton took responsibility for the shunt but added it was ‘it’s nice to know how he feels about me.’

However, those feelings seem to have dissipated from both sides heading into the next race.

Hamilton cheekily posted a signed cap marked ‘for Fernando’ on Instagram in the week between grand prix, and Alonso accepted the offering at Zandvoort.

“With the cap it was just a little fun thing, it’s good to have fun sometimes with these things,” Hamilton added.

Meanwhile, speaking to Sky Sports, Alonso apologised for his comments in the heat of the moment and insisted the Mercedes driver is a legend.

Both were rivals in Hamilton‘s fractious debut season in F1, which culminated in Alonso leaving McLaren after just one year, feeling betrayed by the team and breaking the details of Spygate to the media in return.