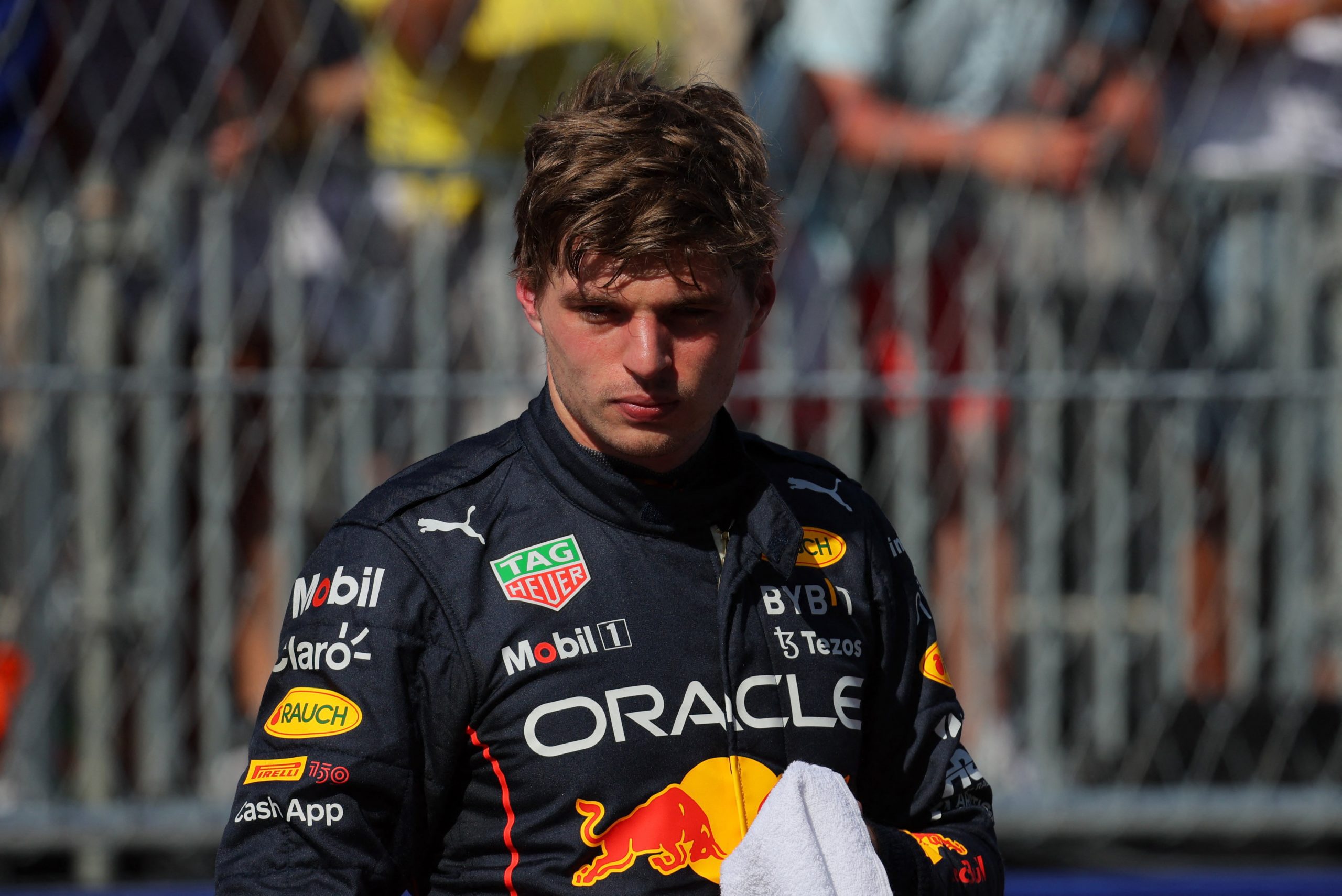 Max Verstappen cut a frustrated figure after Qualifying for the 2022 Miami GP, branding the weekend so far messy, and feels Red Bull can do a lot better.

Both Ferrari cars start ahead of Verstappen, with F1 title rival Charles Leclerc on pole, with Carlos Sainz locking out the front row for the Scuderia. Verstappen starts third.

“I’ve never even done a start so I don’t know how that’s going to go,” Verstappen told the press, when asked about starting third on the grid.

“That just sums up my weekend, it’s just been incredibly messy. We just make it super difficult for ourselves, you know, basically know what, four or five laps yesterday.

“You start today still learning the track, trying to find a setup because yesterday, you have no clue what worked or not really, not a lot of data to look at.

“Of course I am still pleased to be in third position and to actually be very close to the guys next to me, but I think we can do so much better. Just actually operate a bit cleaner and smoother.”

Despite his limited track time in the practice sessions for the Miami GP, Verstappen was relatively happy with his car’s set up and feels the Red Bull will be competitive in Sunday’s Grand Prix.

“The car was fine with the limited information we could gather,” Verstappen continued. “In Qualifying, up to a certain point it was fine, but then to actually really go to the limit and try to find a bit more time.

“For me in Q3, I was still figuring figuring out a lot of things in terms of braking and brake shapes and all these kinds of things to try and be faster.

“But I think overall the car is competitive. We have good top speed again, I hope that is something which can help us.”