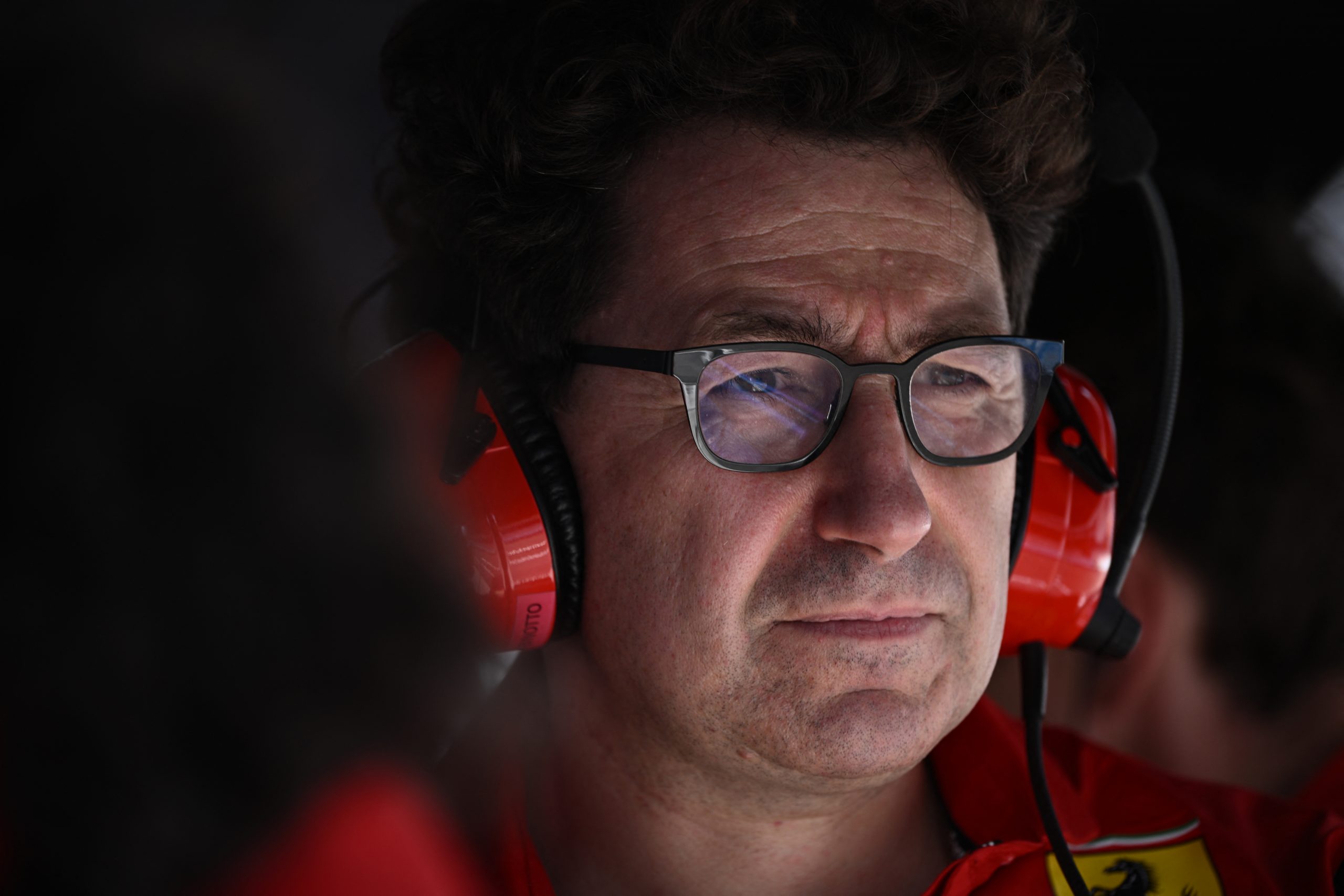 Ferrari team principal Mattia Binotto says the Scuderia aren’t satisfied with finishing behind Red Bull at the 2022 Miami Grand Prix, adding that the team will look to fight back with an upgrade package at the upcoming race in Spain.

Despite locking out the front row, Charles Leclerc and Carlos Sainz were unable to stop Max Verstappen from claiming his third win of the season.

Binotto admits Ferrari simply had no answer for Red Bull‘s pace, much like at Imola, though he promised the Scuderia will look to respond when F1 lands in Spain in two weeks.

“I’m not satisfied because we want to win,” Binotto said following the race. “We must continue to work and develop the car because Red Bull have shown they have a few tenths on us at the last two races.

“Both our drivers were great: Charles had a great race, and Carlos bounced back after Friday to keep Perez at bay.

“After five races we’re ahead in both championships, and in Spain we’ll have some updates for the car.”

A late Safety Car brought Leclerc within striking distance of Verstappen, however the Monegasque never really put the reigning World Champion under pressure.

That’s because Red Bull were believed to have a 10km/h straight line speed advantage over Ferrari, though Binotto says they were also very quick around the corners.

“Being fast on the straights is important when it comes to attacking and defending, but they were also fast in the corners,” said Binotto. “Now it’s up to us to catch them.

With Miami done and Spain next on the docket, Binotto revealed that Ferrari‘s upgrade package is one the team have been working on since the start of the season.

“Barcelona is a track that calls for a lot of downforce,” said Binotto. “We’ll have a wing just for that and we’ll see who comes out on top, because we’re also expecting some updates from Red Bull.

“We’ll bring a package we’ve worked on since the beginning of the season. We’ll see if it works, because there are always some doubts and hopes from the engineering side.”