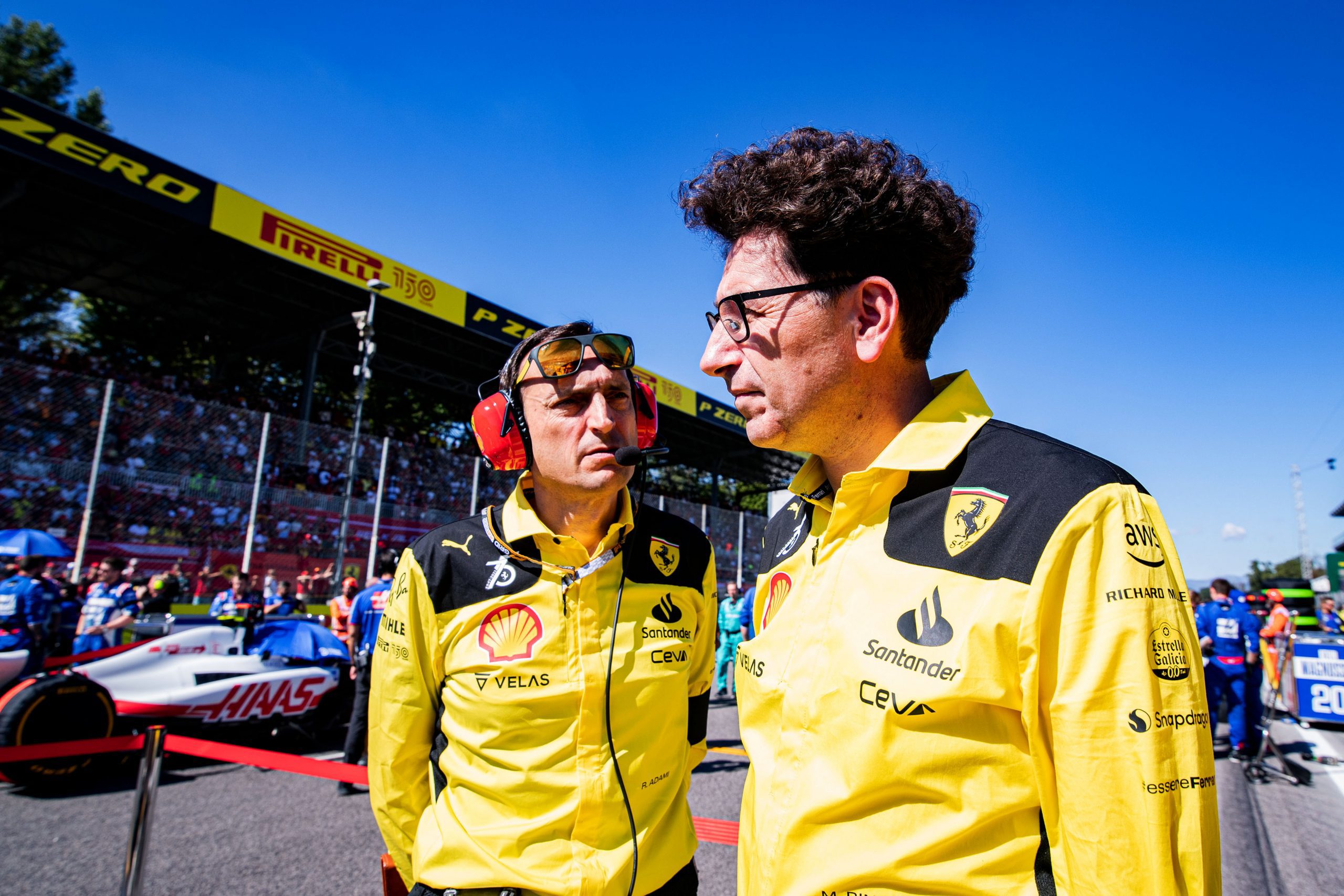 Ferrari team principal Mattia Binotto hit out at the FIA after the 2022 Italian Grand Prix came to an anticlimactic conclusion behind the safety car, insisting there was enough time to restart the race.

The safety car was deployed on Lap 47 of 53 when Daniel Ricciardo‘s McLaren broke down between the two Lesmos and led Max Verstappen across the line at a canter and to a chorus of boos from the impassioned Tifosi fanbase at Monza.

Race directors followed the rules as they are written but Binotto was critical that an alternative approach wasn’t taken to set up a grandstand finish for the good of the sport.

“A bit disappointed for the ending because I think we could have finished differently the race,” Binotto told Sky Sports F1.

“Finishing behind the safety car is never great, not for us, not for F1, [or] for the show.

“I think there was plenty of time for the FIA to act differently today. I think they still need more experience and need to do a better job because F1 deserves a better job in that respect.”

The situation that arose at the Temple of Speed was eerily similar to the controversial ending to last year’s Abu Dhabi title decider, when Michael Masi incorrectly restarted the race with one lap to go after Nicolas Latifi‘s late crash.

That decision enabled Verstappen to pass Lewis Hamilton and snatch the world championship crown, but the fallout transcended the paddock and led to an in-depth investigation that resulted in Masi being removed from his post.

Two new race directors – Niels Wittich and Eduardo Freitas – were appointed to replace Masi for the 2022 season, but Binotto added that lessons have still to be learnt.

“To wait so much it’s simply wrong and it’s not great for the sport. After Abu Dhabi last year, we had long discussions about how to improve because the final objective is to try and restart the race as soon as you can in a safe manner and I think today it could have happened.

“The safety car came out in front of George [Russell], [but] even if it was ahead of George I think there was no reason not to release the cars between the safety car and the leader.

“If they are simply waiting for safety we know now there is a minimum lap time for cars who are released so it’s fully safe to run on the track at that time.”

The Monegasque was switched onto a two-stop strategy when Sebastian Vettel retired on Lap 12 and brought out the virtual safety car, but Binotto admitted the team had no answer to the Red Bull, which seems to be in a league of its own as Verstappen closes in on a second consecutive world championship.

“We tried whatever we could,” Binotto said. “Max had a fantastic race, he has been very fast today once again, less tyre degradation to us and I think he deserved the win at the end.

“Max simply was faster today but at the time we were leading the race, we saw we had a bit more tyre degradation to Max, and our strategy was to one-stop.

“When the virtual safety car was there we decided simply to go on a different strategy of two stops. Not being on the same strategy as Max because he would have been faster so we came in.

“Max and Red Bull was ready for the pit stop as well so probably they would have decided opposite to Charles. We came in they stayed out, we were on two stop they were on one and Max was simply faster.”