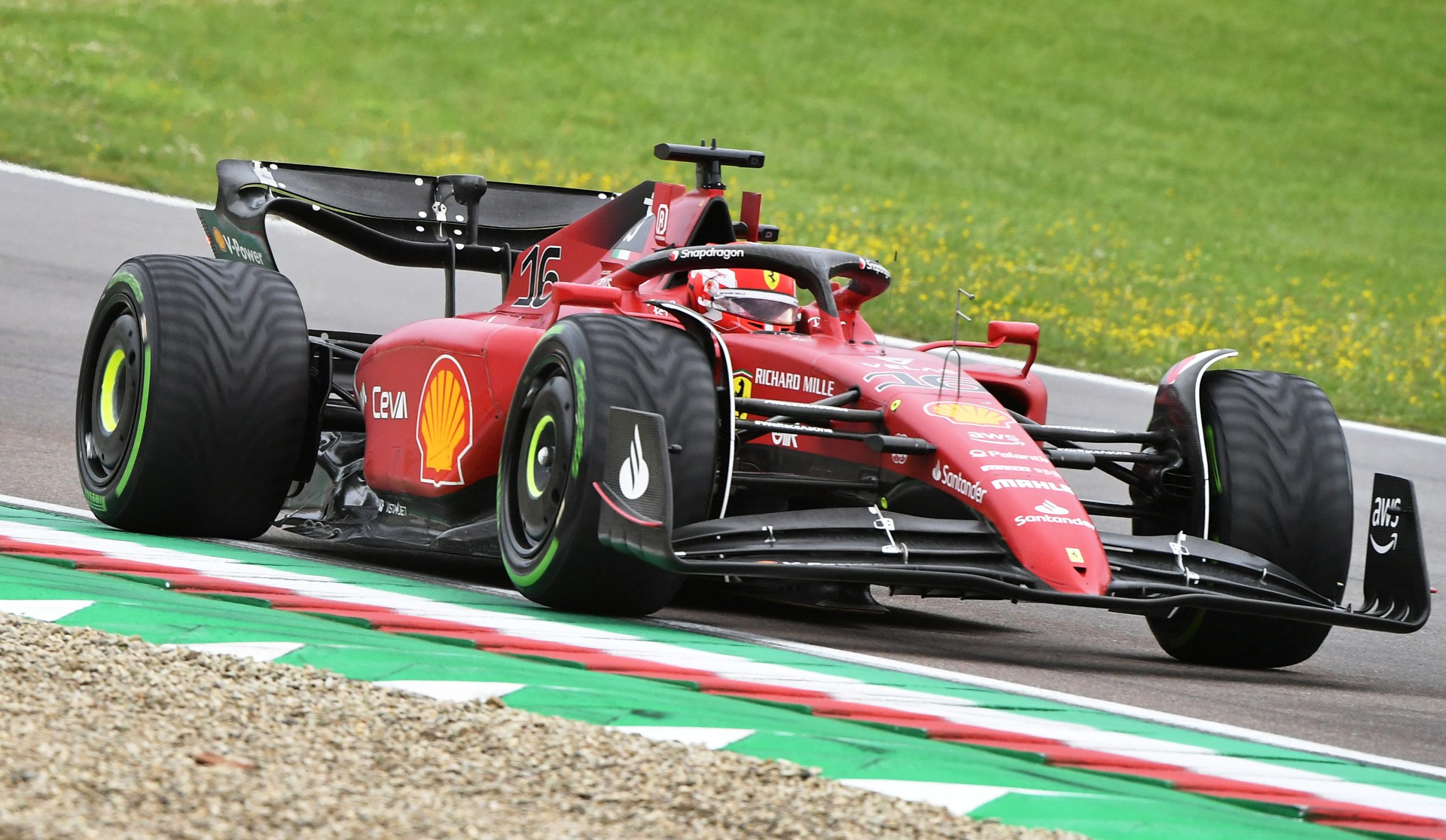 Ferrari arrive at the 2022 Spanish Grand Prix brimming with anticipation as they bring the biggest package of aerodynamic improvements to their car, and the first major change since the season opener in Bahrain.

The objective of the update is clear… get back ahead of Red Bull in terms of race pace on Sunday’s given the Ferrari seems to have kept the slight qualifying advantage over their rival.

Now, a number of changes to the cat will be introduced including a modified floor, and diffuser, a new spoiler, as well as changes aimed at reducing the weight of the car in a bid to get close to the FIA’s miniumum weight 798kg.

As yet, only the Alfa Romeo has managed to get it’s weight down to the minimum requirement.

We could also see a new front wing package on the Ferrari as it looks to improve drag and increase its top speed, and at a recent filming day they tested the elements at Monza and believe they have found around 0.2 seconds a lap.

The buzz word in the F1 paddock over the 2022 season has been ‘porpoising’ with all teams experiencing the phenomenon, though each to varying degrees.

It’s an issue that can be solved by raising the car’s ground clearance, though that comes with a loss in performance, an issue Mercedes have had and to an extent Ferrari as well. Both teams have tended to sacrifice driver comfort rather than car efficiency.

Now, Ferrari hope to give Charles Leclerc and Carlos Sainz a car that is more precise under braking and less demanding on the neck, which would also work well with the new floor and diffuser, thus giving the drivers, and in particular Sainz, more confidence in the car.

Ferrari’s 2022 rival Red Bull have won the last two races – the Emilia Romagna GP and Miami GP – with Max Verstappen’s car being considerably easier on its tyres, as the Scuderia suffered with graining issues at Imola and Miami.

A lighter floor and better weight distribution are intended to combat that phenomenon at the Spanish GP. And there have also been suggestions that a new lighter paint will be used by Ferrari, it will also be a slightly different shade and could save the car 0.7kg.

Ferrari have also developed a new medium-load rear wing from data gathered back in February at the Circuit de Barcelona-Catalunya during the first test of the season, with the aim of staying dominant at Montmelo.

Given Barcelona is something of a reference for other circuits on the calendar, especially Sector 3 which would be the Ferrari’s strongest area, the Scuderia are hoping the improvements will see them to victory on Sunday, and se them up for a double next weekend in Monaco.

The Red Bull is rapid in a straight line, as we saw at the Miami GP, and even more so when they have DRS and that superiority of top speed is something Ferrari are looking to curtail.

Engine modifications are allowed by the FIA, but only to improve reliability, and Ferrari did make changes to Sainz’s engine at Imola and Leclerc’s in Miami, so nothing new is expected this weekend.

For Ferrari, the 2022 Spanish GP is being seen as something of a turning point as they look to stop the Red Bull resurgence, and regain the superiority they had in Australia. If not, then we could see the Red Bull running away with things this season.