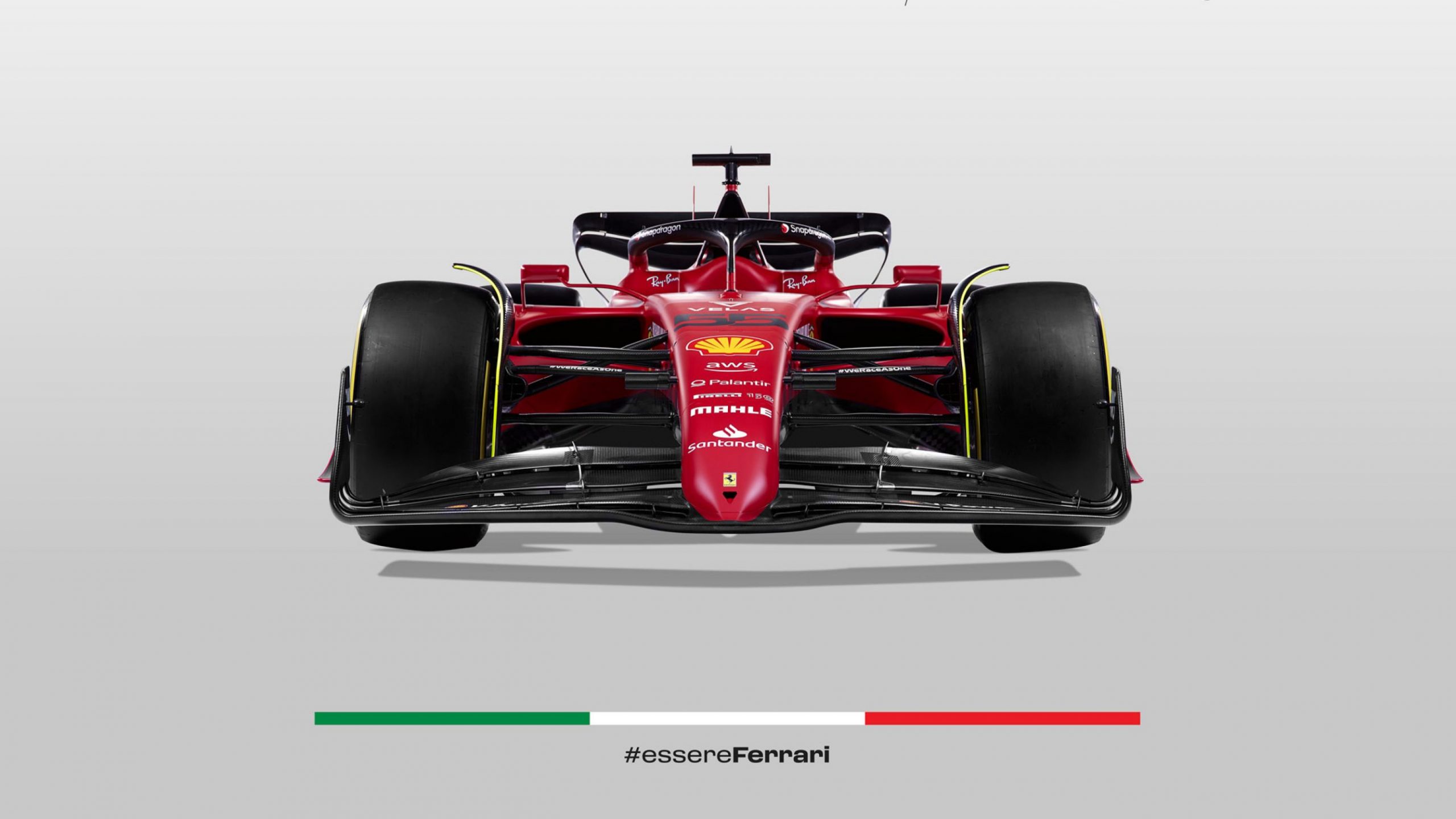 Having last tasted glory back in 2008, Ferrari are hoping the unique design of the F1-75 will finally result in the kind of F1 success the Italian outfit is so keen to reclaim.

The team’s disastrous performance in 2020, in which the Scuderia failed to register a victory while finishing sixth in the Constructors Standings, is now in the rear view mirror.

Although Ferrari failed to end their winless run – which dates back to 2019 Singapore Grand Prix – last season, the team bounced back thanks to the blossoming partnership of Charles Leclerc and Carlos Sainz.

A strong end to the campaign helped the Italian outfit beat McLaren to third in the standings, raising expectations heading into the great unknown that is the 2022 season.

With F1 introducing new technical regulations, Ferrari have pinned their hopes on the innovative F1-75. Featuring a brand new shade of red developed by the Ferrari Style Centre, the name celebrates the 75th anniversary of its founding this year.

“The F1-75 is the expression of the talent, commitment and passion of each and every one of us,” said Team Principal and Managing Director Mattia Binotto.

“It is the end result of the work of a team that, like never before, has tackled the task with a new spirit and approach, pushing to the maximum in terms of innovation of every component, every detail, every solution.

“Striving to be innovative gave us an incredible boost in our daily work, on the way to producing this car.”

Ferrari‘s efforts began eight races before the end of the 2021 season, when the team introduced a hybrid system that was initially pencilled in for 2022.

Power unit development will be frozen until at least the end of 2025, which in turn pushed the Scuderia to introduce their aggressive new engine design ahead of schedule.

The results were promising, as Ferrari moved clear of rivals McLaren, which should bode well for the team’s fortunes this season.

“Because we know that the power unit will be frozen for the next four seasons starting from race one we tried to put a lot of effort in its design,” said Binotto. “We have a new fuel with 10 percent ethanol, which again may be an opportunity reviewing the combustion itself.

Whether it be the four-element front wing, the unique approach to the side-pods’ design, or the unusual configuration for the waste gate and exhaust pipework, Ferrari are hoping their creative approach will deliver where it matters most: on track.

“With no reference points available from previous sessions, what makes the difference is the creativity and talent of each designer, the excellence of our analysis tools, the lucidity and courage to choose the most promising solution, even if it’s not the most conventional,” said Head of chassis project engineering, Fabio Montecchi.

Having failing to achieve the kind of success the Tifosi crave during the 2010s, the team will be hoping Leclerc and Sainz change that in 2022.

Both drivers are back after showing glimpses last season that Ferrari may finally be ready to once again challenge at the front of the grid.

Leclerc‘s two pole positions and Sainz‘s four podium finishes, which helped him to a career-best fifth place finish in the standings, is proof the duo are on an upward trajectory.

Sainz‘s form looks to have convinced Ferrari he’s the right man moving forward with reports indicating a new long-term deal is in the works. It’s a sign of stability that hasn’t been a hallmark of the Scuderia in the past.

Next up is the first pre-season testing set for Barcelona between February 23 and February 25. How the F1-75 stacks up against the likes of Mercedes, Red Bull and McLaren remains to be seen.

However, if the confidence that’s sweeping through the team is anything to go by, then maybe, just maybe, the Prancing Horse may finally be ready to deliver on it’s lofty ambitions.