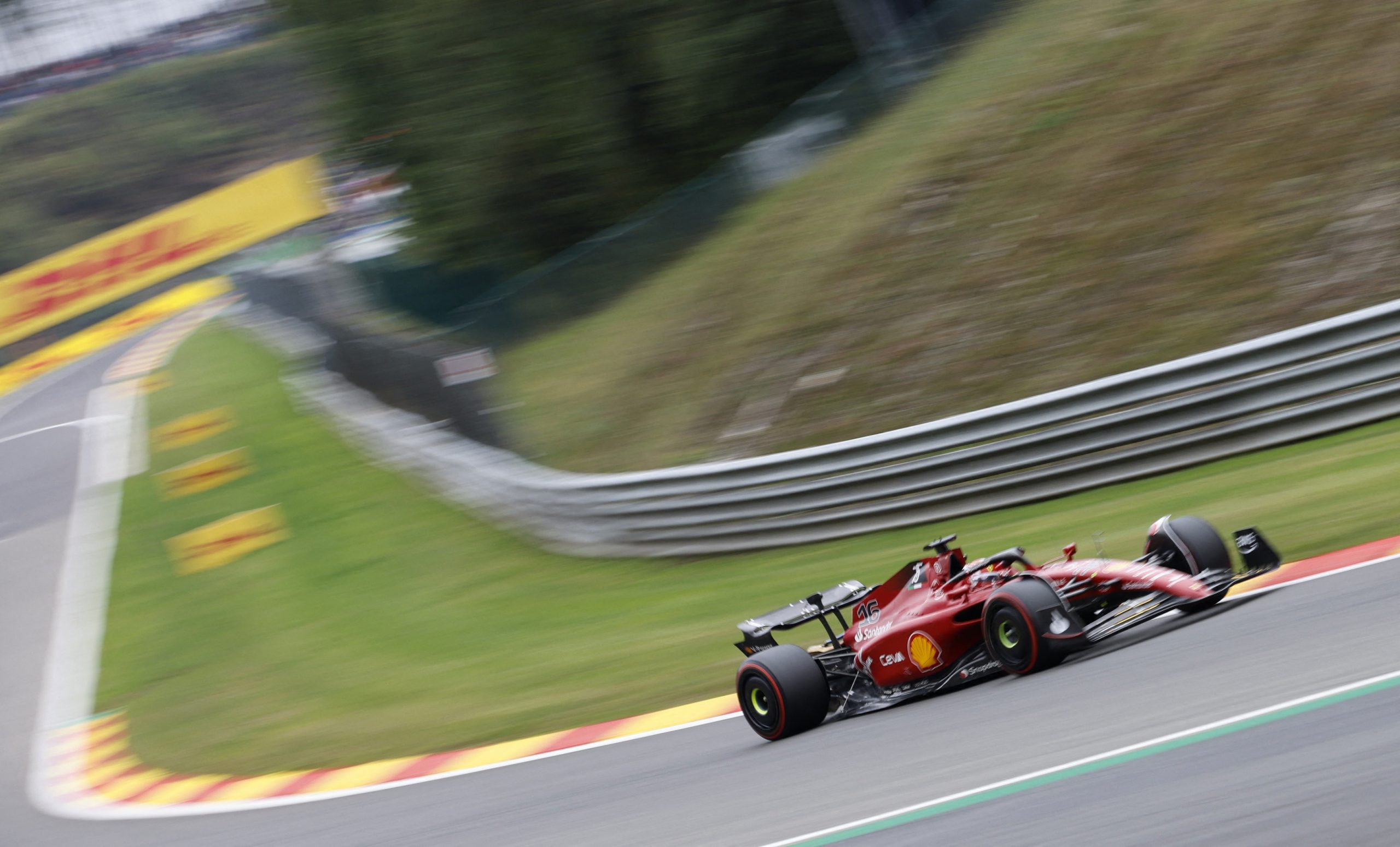 Ferrari think it was Max Verstappen‘s tear-off that caught in Charles Leclerc‘s brake duct and forced him into an early pit stop, and contributed to his post-race penalty.

The pair lined up together on the grid in 14th and 15th after both taking engine penalties and initially advanced through the field together, but Leclerc had to pit to the back on lap four, whilst Verstappen was into the podium positions by Lap 8.

That tear-off came back to haunt them later in the race too, as it contributed to Leclerc earning a five-second penalty for speeding in the pitlane.

“It was borderline, I think it was by 0.1kph in the average speed in the pitlane,” Binotto said to the media regarding the penalty.

“We were not using our normal sensors to measure the speed because they failed in the overheating of the front right due to Max’s tear-off.

“Our recovery system was not such accurate so I think overall it’s an unlucky situation.”

If Ferrari are correct, it’d be an ironic twist of fate given the Belgian Grand Prix delivered another hammer-blow to Leclerc’s title chances.

The 24-year-old now trails Verstappen by nearly 100 points in the drivers’ championship, and slipped a further 18 points back at Spa.

He had hoped to limit the damage with that late pit stop in a push to take the fastest lap point off Verstappen but ended up dropping another two points when a speeding penalty put him behind Fernando Alonso to sixth place.

But Binotto said he was optimistic Ferrari could turn their form around even before this current triple-header is out.

The F1 circus heads to Zandvoort and then Monza over the next fortnight, but since the European leg of the season started at Imola in April, Leclerc‘s only beaten Verstappen twice.