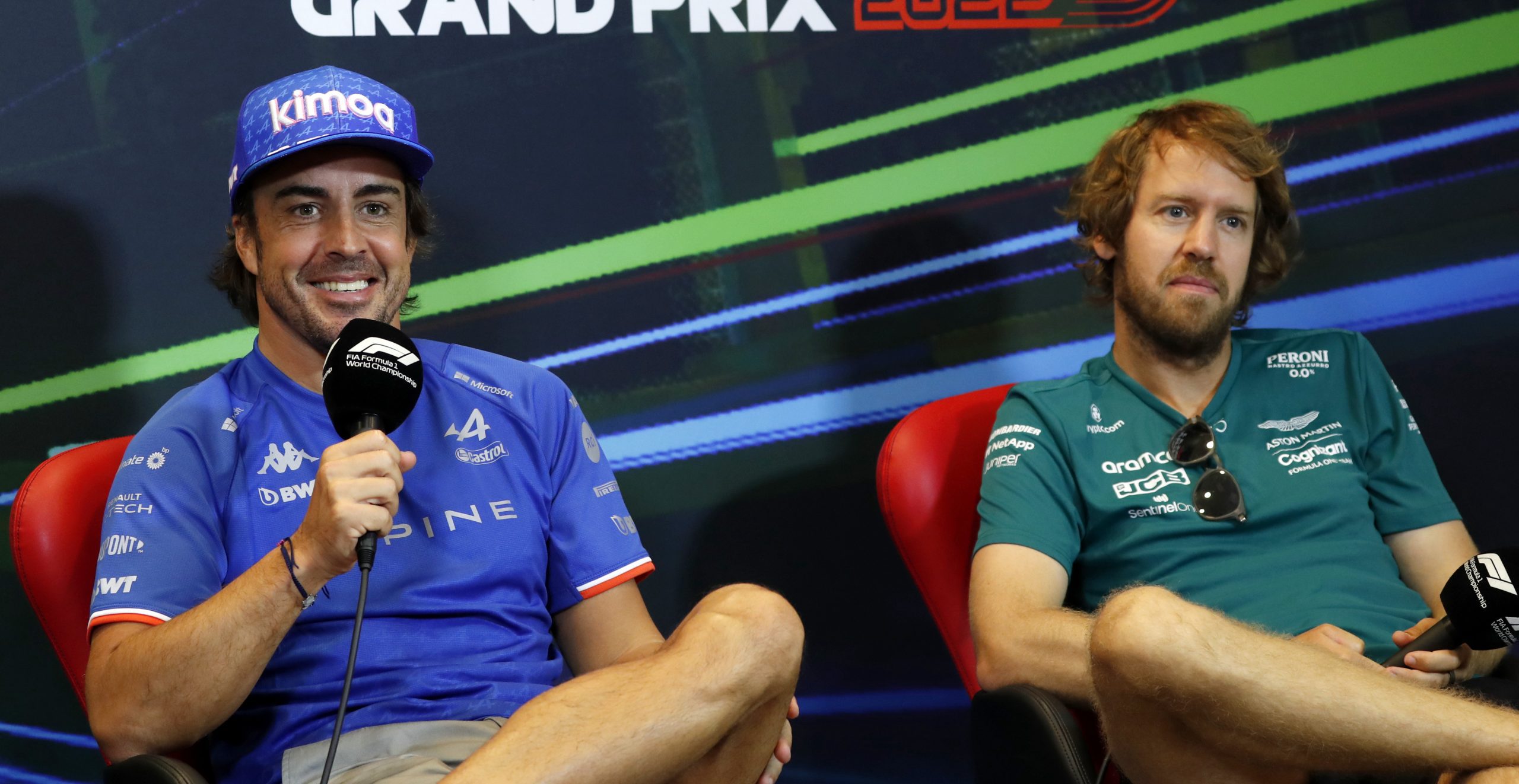 ‘Expect the unexpected’ is a cliche, but there’s no better way to sum up Fernando Alonso‘s racing career.

Across his 21-year Formula 1 career the Spaniard has been everything except predictable, but he’s managed to shock the motorsport world yet again with Aston Martin‘s announcement that he’ll be switching to the Silverstone outfit for 2023.

A no-brainer for Aston, the move is more of a headscratcher from Alonso‘s position.

On paper it looks like a step backwards, with Alpine fighting to establish themselves as the fourth-best team on the grid while Aston Martin languish near the foot of the constructors’ championship, ahead of just lowly Williams.

It’s been rumoured that the out-of-contract Alonso was looking for a two-year extension at Alpine but the Enstone team were unwilling to play ball with the prodigious Oscar Piastri waiting in the wings and their French star Esteban Ocon under contract until the end of 2024.

With the sides at an impasse, Alonso seized the initiative presented by Sebastian Vettel‘s surprise retirement and the deal was done.

Why it makes sense

Aston Martin‘s announcement itself offers an insight into the thought behind the move.

“No one in Formula One today is demonstrating a greater vision and absolute commitment to winning, and that makes it a really exciting opportunity for me.”

Alonso‘s in his second season at Alpine and also spent a large part of the 2020 campaign around the team, so if anyone’s going to have an idea of their limitations, it’ll be him.

Assuming Alonso made the decision to leave and wasn’t pushed out, it seems he’s decided the French team aren’t on the right track to get closer to the front, or at least quickly enough for the 41-year old to take advantage of.

He’s the second big-name, race-winning driver to pitch up at Enstone hoping to be part of a transformation that’ll catapult the team into contention at the front of races, but unless something wildly unexpected happens he’ll leave as empty-handed as Daniel Ricciardo did before him.

Alonso thrives on the unexpected but that seems a step too far even for him.

Aston Martin offers the umpteenth fresh start of his career, and there are reasons for optimism.

He spoke of how the team has “systematically attracted great people with winning pedigrees”, whilst they’re also working on a new Silverstone factory set to open in 2023 featuring a brand new wind tunnel.

If they do finish ninth they’ll get 30 perccent more wind-tunnel time than the 2022 Constructors’ Champions, and so there’s plenty of potential to move forward especially with their crack team in place.

Meanwhile, Alpine have a long-term plan that doesn’t include him whilst you’d imagine he’ll be the undisputed leader at his new team.

The case against Aston Martin

That’s all a great theory, but how will it work on paper… or tarmac?

These are similar arguments put forward when Sebastian Vettel switched to racing green for 2021, a move that’s certainly not gone to plan.

Aston Martin have gone backwards since taking over the victorious Racing Point for 2020, and their best engineering features have been copied from the likes of Mercedes and Red Bull.

From finishing with the third-quickest car that season, in 2021 Aston Martin slipped to the back of the midfield and have followed that up by uncoupling themselves completely from that battle this season, boasting just two top-eight finishes.

Whilst Lawrence Stroll effectively has a blank cheque to throw at turning the team into frontrunners, the budget cap means he can’t bring all of that to bear the way he could’ve last decade.

Alonso doesn’t have the best track-record with evaluating the long-term competitiveness of rivals either – his move to McLaren for the 2015 season backfired spectacularly, and seemingly extinguished any hope Alonso had of adding to his two world championships.

Meanwhile, Alpine are still improving. Their reliability hasn’t been up to scratch so far this season but they’ve been one of the most aggressive upgraders on the grid this year and that’s paid dividends with five top-six finishes in the last six races.

It’s been a surprise whenever they’ve qualified outside Q3 and they too have the ambition to reach the top… again.

If they take another step forward next season and Aston Martin don’t then things could turn ugly quickly down at Silverstone.

The verdict – better the devil you know?

It feels like it’ll take a miracle for Aston Martin to be competing at the front any time soon, but a miracle also feels like it’s Alonso‘s best shot of making that feat too.

He knows Alpine, and he didn’t return to F1 to lead the midfield and battle for sixth place on a good day. We’ll find out if that’s the peak for the French outfit, but if Alonso‘s made that assessment and is correct then why not twist and hope for something better.

In a career of backfired gambles for Alonso, his bet on the devil he doesn’t know could be the one that finally pays off.