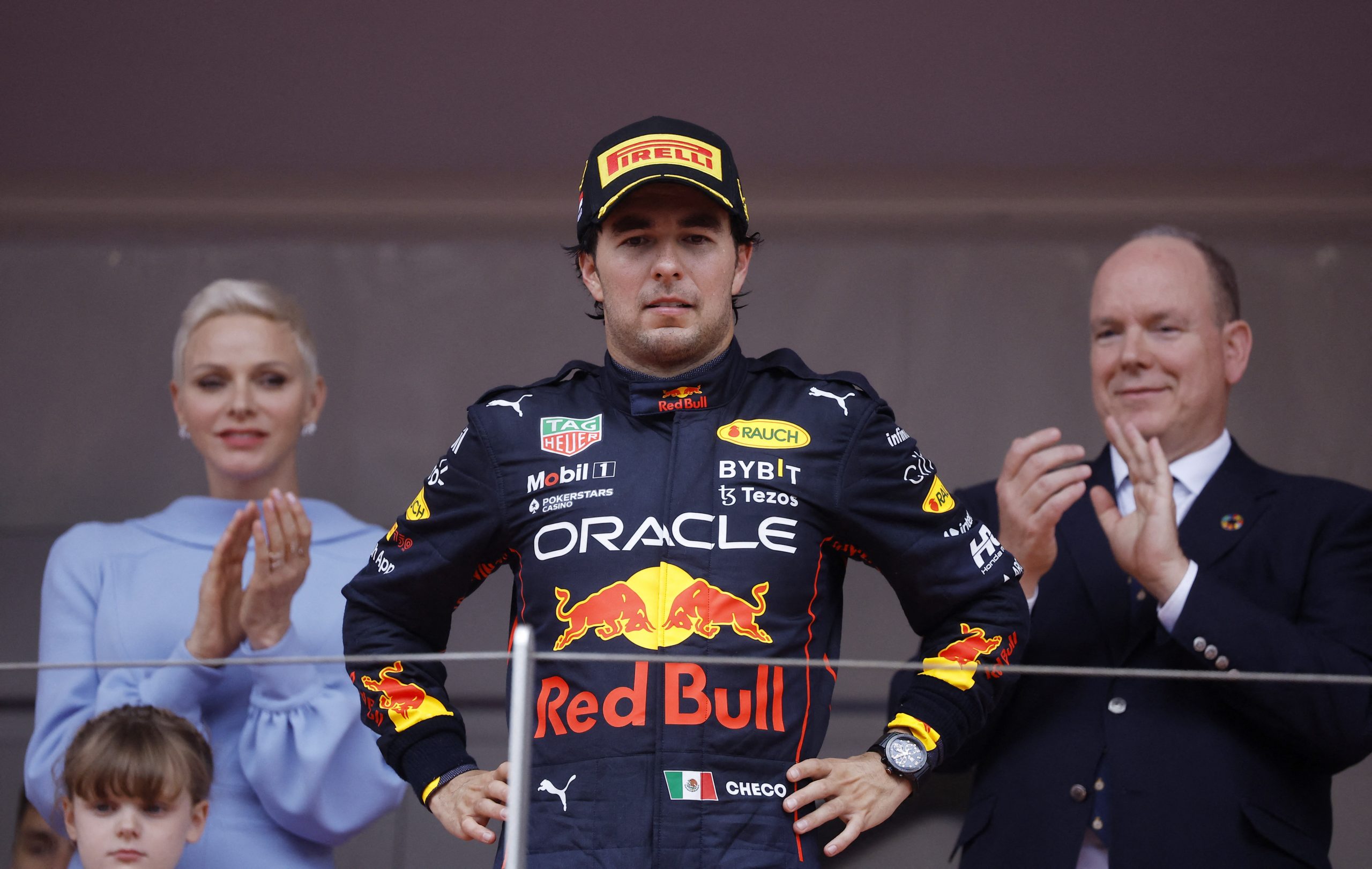 Red Bull’s Sergio Perez, who took a sublime win at the 2022 Monaco Grand Prix was voted Formula 1’s Driver of the Day.

With a storm hitting the Monaco circuit, a delayed start saw all 20 drivers start behind the Safety Car. The opening part of the race saw Ferrari pair Charles Leclerc and Carlos Sainz lead the pack in wet conditions. Perez was able to leapfrog the pair during the first round of pit stops, with Red Bull timing their strategy to perfection.

Once in the lead, the Mexican put in a stellar stint on the intermediate tires, building a gap to Sainz and ensuring the gap to the Ferrari driver was large enough to pit for slicks and maintain a healthy gap to Sainz.

The race was interrupted when Mick Schumacher crashed into the barrier facilitating the need for a Red Flag. Given the variable conditions, a rolling start got the drivers underway and Perez was able to get away nicely.

While Perez did make the odd mistake by locking up, the tight nature of the Monaco street circuit meant he was never really in danger of being overtaken by Sainz, meaning that the Mexican was able to claim his third victory in the sport.

Perez is currently third in the 2022 F1 Drivers’ Championship, 18 points behind his teammate and championship leader Max Verstappen.