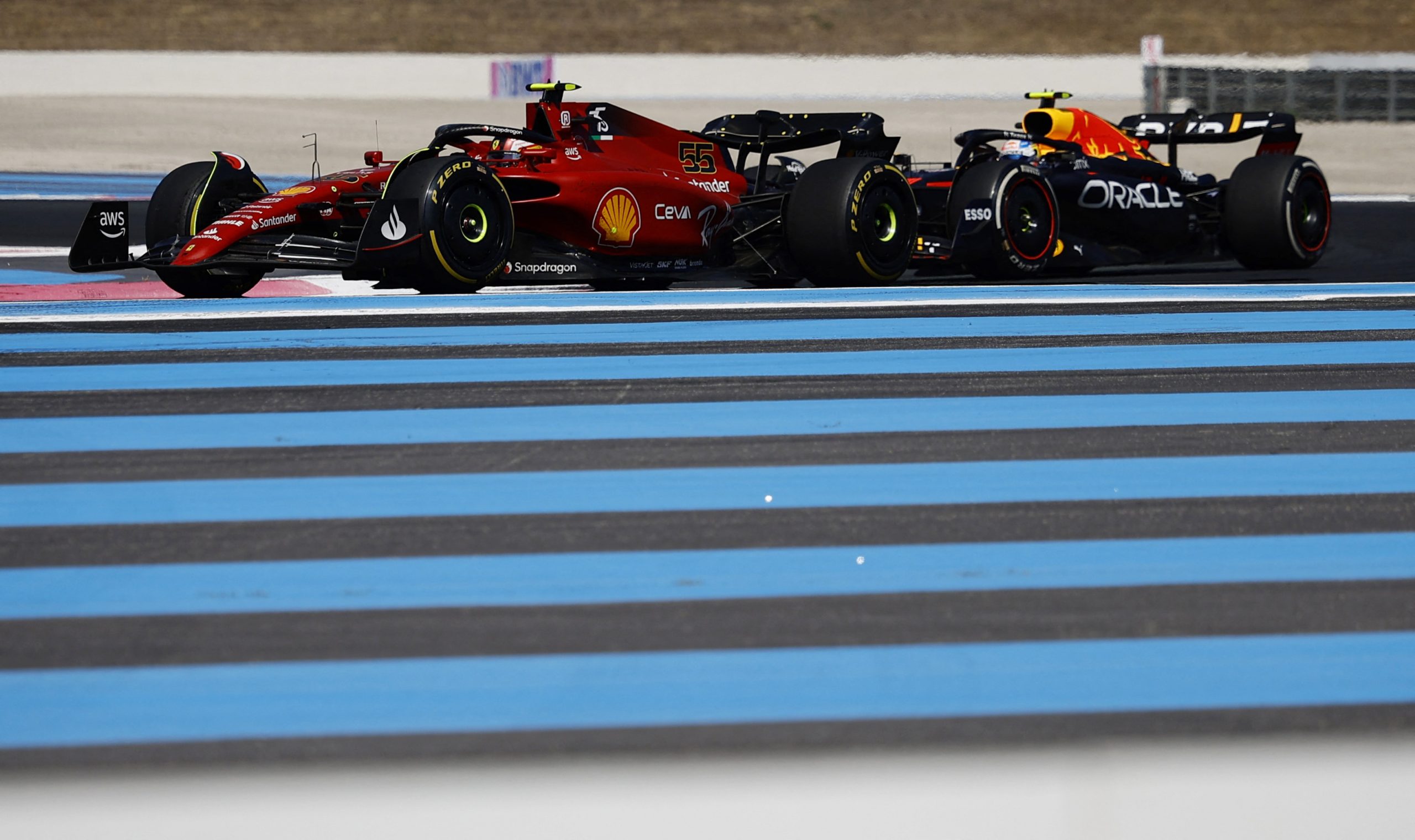 Max Verstappen might have claimed his seventh win of the 2022 Formula 1 season, but Carlos Sainz won Driver of the Day for the French Grand Prix after storming through the field to finish fifth.

The French Grand Prix was an actioned packed affair with Ferrari’s Charles Leclerc crashing out while leading the race. This opened the door for Verstappen who took a relatively comfortable win ahead of Mercedes’ Lewis Hamilton and George Russell, in what was the team’s first double podium finish of the year.

Sergio Perez claimed fourth with the Mexican being pipped by Russell during the race’s closing stages. Russell got the better of Perez at the end of a Virtual Safety Car period with the British driver pulling off a shrewd overtake.

Sainz scythes through the field

While Leclerc failed to finish the race, Sainz made full use of his new power unit coming from 19th on the grid to finish fifth. The Spanish driver also set the fastest lap of the race after his strategy was compromised ironically by Leclerc’s crash with the Safety Car forcing him to employ a two-stop pit strategy.

Sainz would run as high as third before being forced to make his second pit stop of the race with the Spaniard also serving a five-second stop-and-go penalty for an unsafe release.

Sainz then proceeded to overtake a host of cars with his fresher tyres helping him get the better of Alpine duo Esteban Ocon and Fernando Alonso as well as McLaren pair Daniel Ricciardo and Lando Norris.

Ultimately though Sainz would have to settle for fifth with Ferrari’s strategy choices once again being called into question.