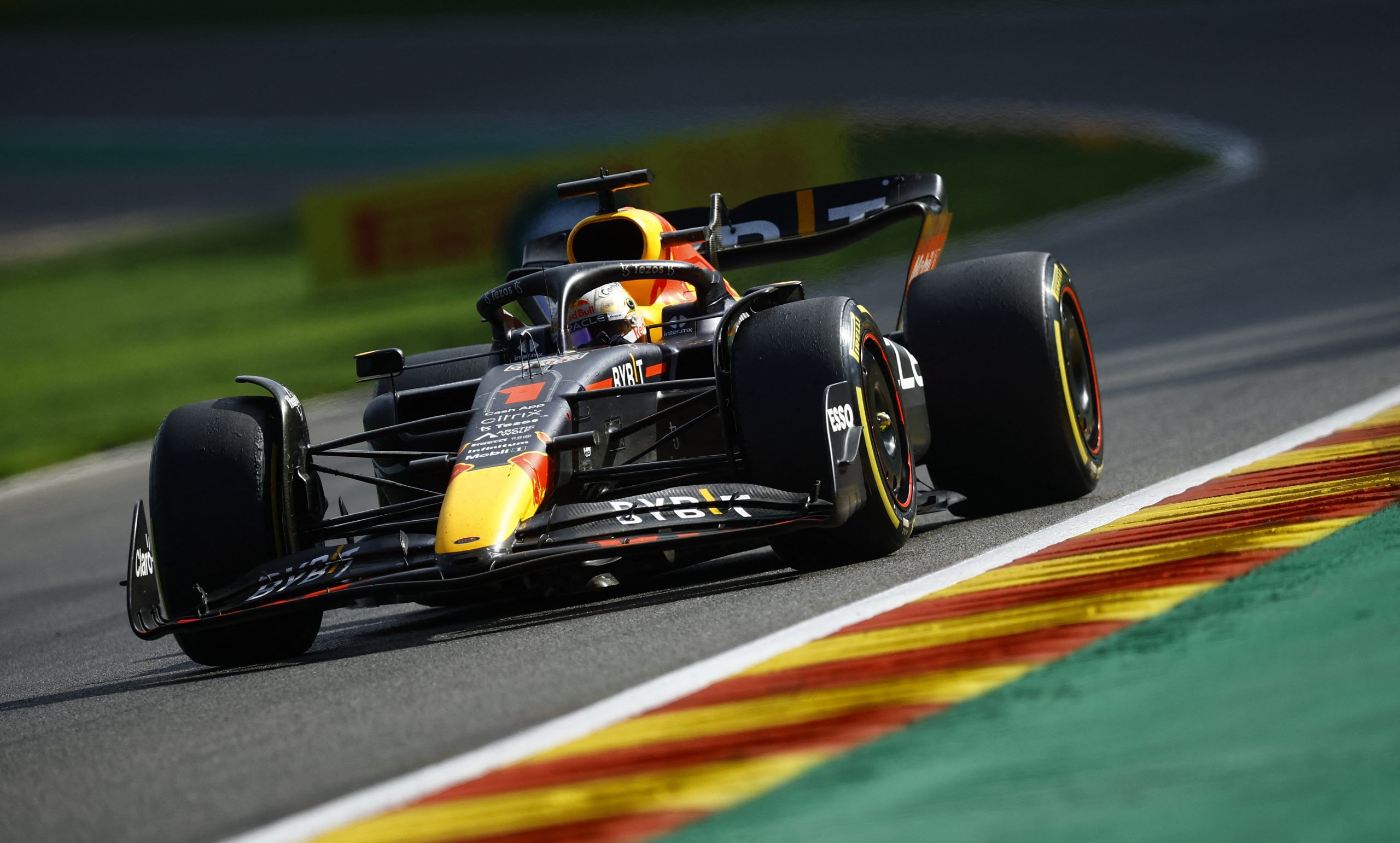 Red Bull’s Max Verstappen’s dominant display at the 2022 Belgian Grand Prix earned him Formula 1’s Driver of the Day accolade, with the Dutchman storming through the field after starting 14th to win the race.

This year’s Belgian Grand Prix turned into a bit of a procession with Verstappen winning the race by close to 18 seconds from his teammate Sergio Perez. Ferrari’s Carlos Sainz who started from pole led the opening stages of the race with Perez holding station in second.

Verstappen who was forced to start the race from 14th after receiving a penalty for an engine change stormed his way through the field with the Dutchman benefitting slightly from the intervention of a safety car during the first lap of the race.

Verstappen would take the lead from Sainz on lap 14 following the first round of pit stops and the Dutchman would drive off into the distance from that point onwards. The Red Bull driver set a series of fastest laps and extended his lead to close to 20 seconds.

Behind him, Perez would leapfrog Sainz with the second Red Bull settling into a distant second. Sainz would come under pressure from Mercedes’ George Russell towards the end of the race but would bring the car home to record a consolation podium place for Ferrari on a weekend when they were trounced by Red Bull.

Verstappen’s ninth win of the season means that the Dutchman is now close to four race wins ahead of Ferrari’s Charles Leclerc in the Drivers’ Championship, with the Monegasque driver enduring another frustrating weekend, finishing sixth.