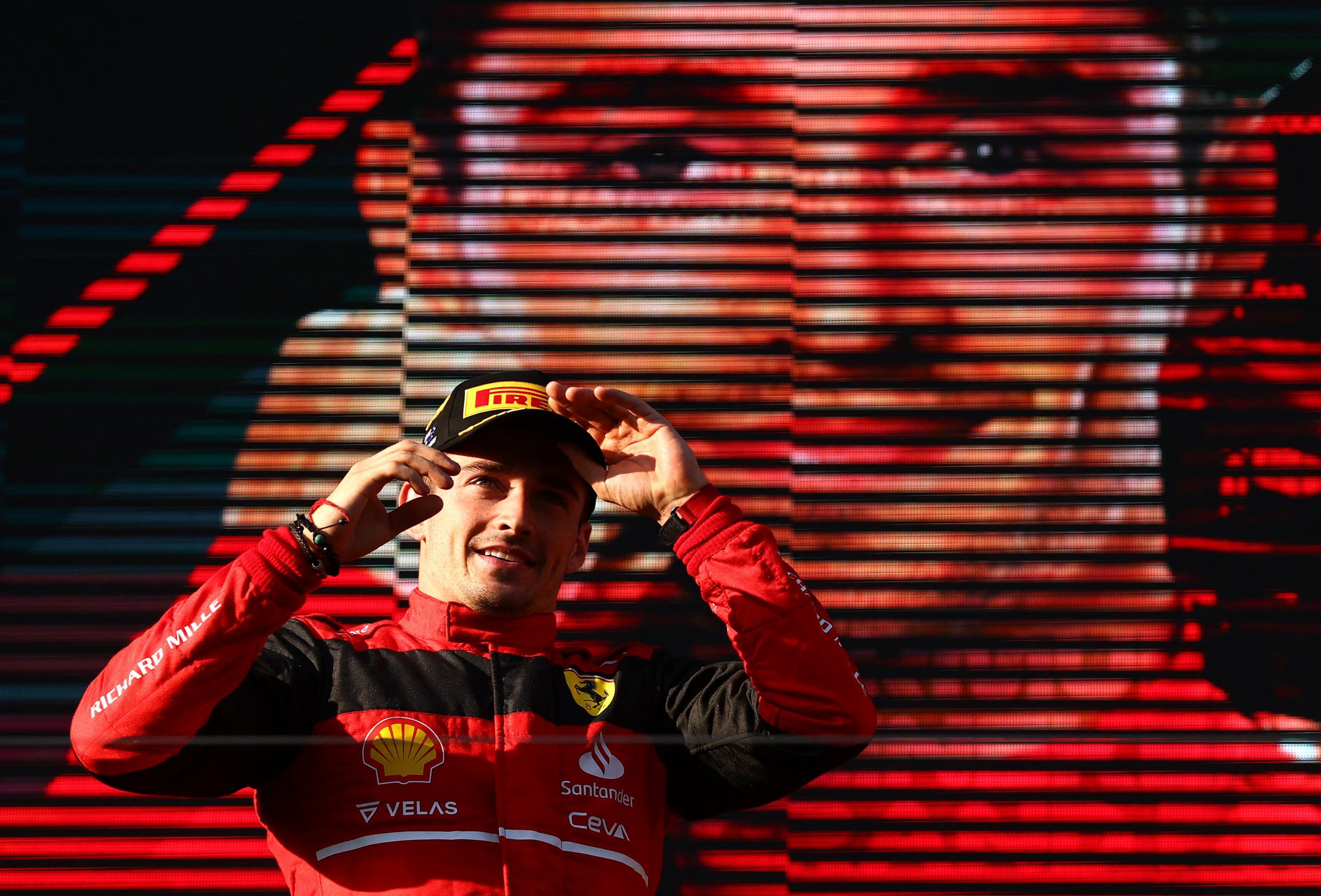 Charles Leclerc continued his impressive start to the Formula 1 2022 season by taking the chequered flag, and the F1 Driver of the Day, at the 2022 Australian Grand Prix.

To say the Ferrari driver dominated proceedings at the Albert Park Circuit would be putting it lightly.

After starting on pole, Leclerc led from start to finish, while also registering the fastest lap of the race, to claim the Scuderia’s first Grand Slam since Fernando Alonso did so at the 2010 Singapore Grand Prix.

Red Bull were expected to challenge Ferrari for top spot after qualifying second and third, but they never really posed a threat, with Max Verstappen suffering another DNF, while Sergio Perez finished over 20 seconds back in second.

Leclerc said things just clicked from the moment the race began, as his Ferrari was simply on another level.

“Honestly, what a car today! Of course, I did a good job all weekend, but it wasn’t possible without the car,” said Leclerc post-race.

“Especially in the race, we were extremely strong. The tyres felt great from the first to the last lap, we managed the them extremely well. I’m just so happy!”

The only real pressure the Monegasque driver faced came after the Safety Car restart, when Verstappen attempted to pass him into Turn 1.

“It was very difficult, especially the Safety Car restart,” Leclerc added. “I had a huge understeer into the last corner, and I thought ‘it’s going to be difficult to keep the first position’.

“Then we managed to do so, and after the first three corners, I regained the grip and the pace was back.”

Leclerc‘s dominant performance at the Albert Park Circuit means he now holds a34 point atop the Drivers’ Championship.

George Russell sits second after claiming the second podium finish of his career in third, while Leclerc‘s Ferrari teammate Carlos Sainz is third after failing to finish in Australia.