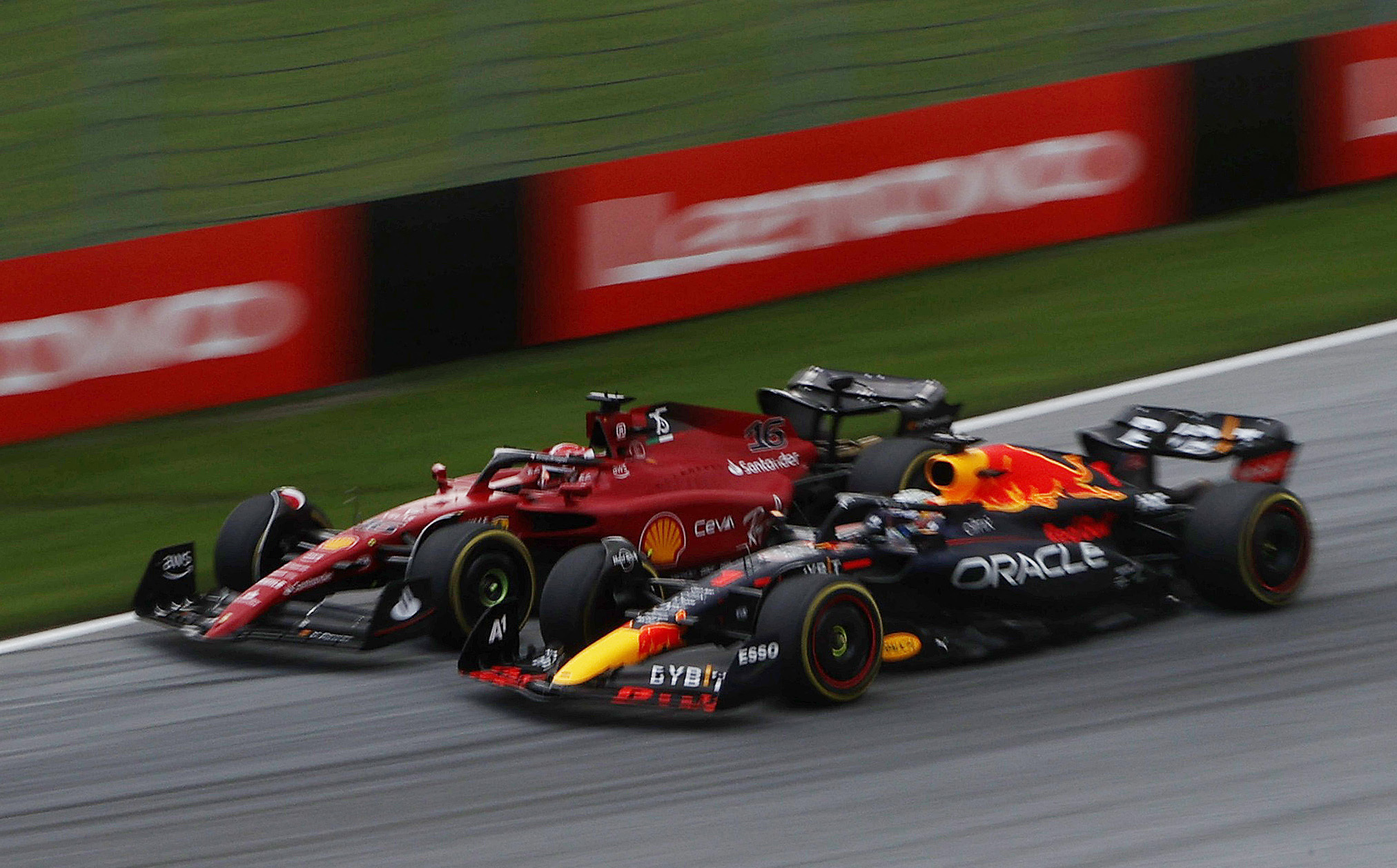 Ferrari are missing a battle-hardened edge compared to Red Bull in the 2022 Formula 1 championship battle according to Damon Hill, after Charles Leclerc lost another seemingly nailed-on win at the 2022 French Grand Prix.

Leclerc crashed out from the race lead due to his own mistake, leaving the Ferrari driver 63 points behind Max Verstappen in the Driver Standings, with the summer break coming up.

“It’s just sheer practice of being at the front,” Hill said on Sky Sports F1. “I think they’ve been a little bit out of it, last year they weren’t terribly competitive and they maybe got a bit lackadaisical in their race mindset.

“Obviously all these teams are incredibly professional but it just seems to me that Red Bull seem to be able to think quickly and take opportunities.

“They’ve been used to fighting from the back and now they don’t have so much of that problem but they still are a race team that’s effective in the field.”

Ferrari must look at themselves

The 2022 French Grand Prix is the latest in a series of blunders this season from Ferrari, and Leclerc could have as many as eight wins were it not for errors from team and driver.

The nadir was a three-race stretch where Leclerc took just 12 points despite leading in all three Grand Prix.

He was forced to retire from the Spanish and Azerbaijan Grand Prix due to power unit problems whilst botched strategies have cost him wins at Monaco and Silverstone, alongside the disastrous crash at Paul Ricard.

Meanwhile, Red Bull and Verstappen have put together a near-flawless campaign so far. Despite the two cars being seemingly even on pace, Verstappen‘s built a commanding lead over his rival.

“Ferrari do definitely need to take a look at themselves and say ‘what are we doing wrong? We’ve got the car to do it, the drivers to do it – provided they don’t throw it off the road under pressure’,” Hill continued.

“‘But we need to give them back-up and we need to clarify our team instructions when it comes to drivers talking to the pitwall and to the strategists, how they communicate with the drivers and what the order of command is.

“You can’t have different people making different decisions and then changing their minds at the last minute which is no good.”