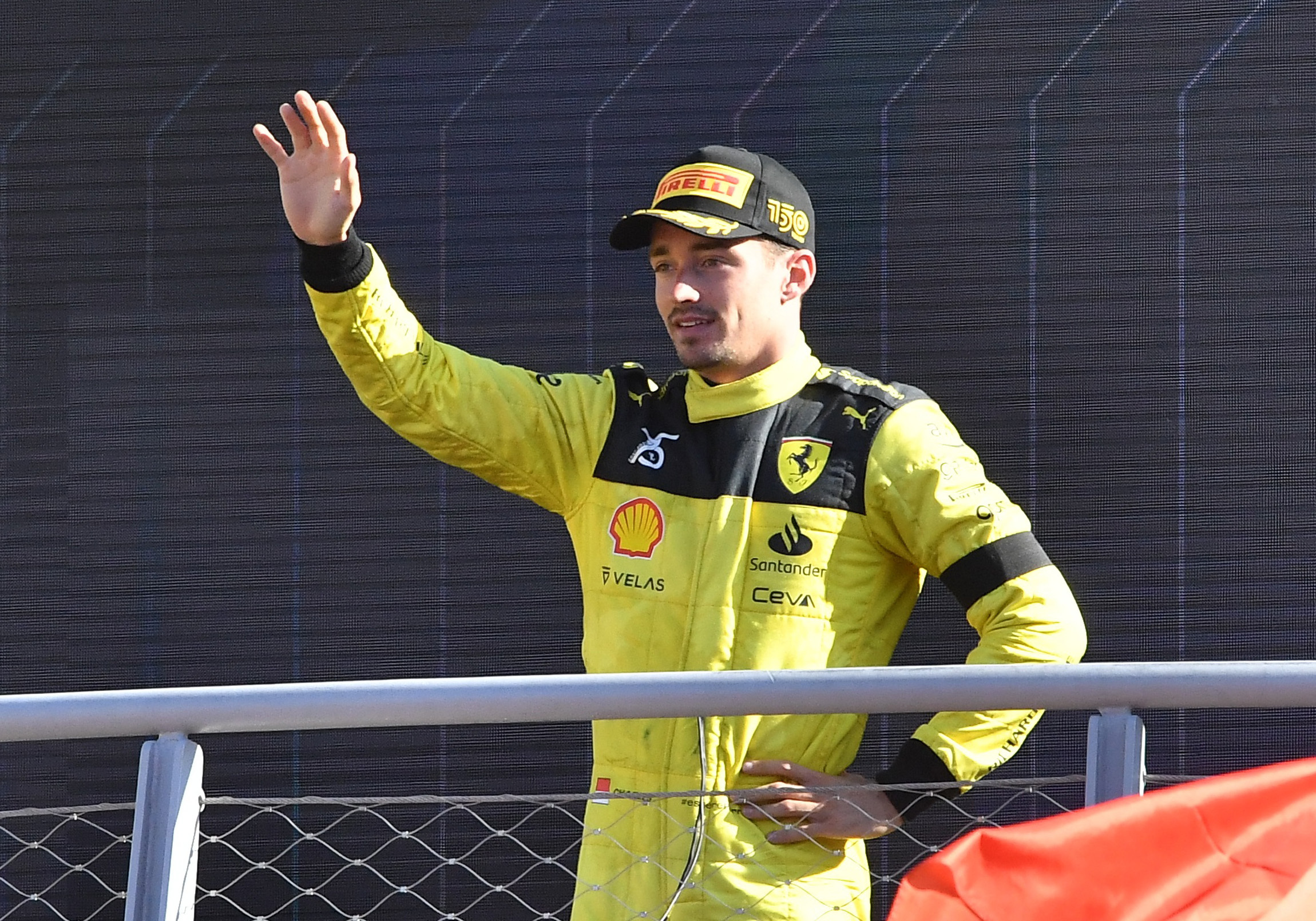 Another Sunday, another Max Verstappen victory – his fifth in a row as he won the Italian Grand Prix to the disappointment of the Tifosi at Monza, who made their feelings known.

Charles Leclerc made it back-to-back podiums, although he desperately wanted to stand on the top step and gave it everything to win for Ferrari.

There was controversy with the race ending behind the safety car which several drivers and team bosses have hit out at. However, the FIA have defended their decisions following criticism.

Ignoring that for a moment though, could Leclerc have won the Italian GP or was the Red Bull simply too fast?

Did Ferrari make the right call under the virtual safety car?

On Lap 12, Sebastian Vettel pulled off in his Aston Martin to the side after the second Lesmo which brought out a virtual safety car.

Leclerc was leading Verstappen by 1.5 seconds at this moment and they both had a decision to make.

Ferrari, after asking Leclerc if they should pit for ‘Plan A’, pitted their driver to go onto the mediums.

He gained an advantage by pitting under virtual safety car conditions, but it ended whilst he was trundling towards the pit exit so he didn’t get the full benefit. However, Leclerc still made up some time and came out 18 seconds behind his rival.

It was a small surprise that Ferrari didn’t use the hard tyres, perhaps they weren’t as comfortable on that compound and didn’t trust it.

Other drivers did use the hard C2 tyre though, including George Russell, Zhou Guanyu, Esteban Ocon, Nicholas Latifi, Kevin Magnussen and Sergio Perez, who made it work wonderfully by undercutting several drivers with an early pit stop.

On paper, the hard tyres last longer so would have made a one-stop more likely for Leclerc rather than going for a two-stop which was never going to work.

Monza has very low tyre degradation so pitting more than once was almost certainly going to backfire, which it did.

“I think we all had the doubt,” said Leclerc about his first pit stop. “I think if I wouldn’t have done it, Max would have done it.

“It was a bit unfortunate, because in the middle of the pit lane, we had the virtual safety car ending, so we didn’t get all the benefits of stopping at that moment. From that moment onward, we were a little bit on the back foot – but yeah, it’s like this.”

Should Leclerc have stayed out?

This was probably the strategy to give Leclerc to give best opportunity of winning, staying out when the virtual safety car was called.

It’s not clear what Red Bull would have done with Verstappen, as they may have pitted the Dutchman to do the counter strategy, but let’s say both drivers stayed out on track, what would have happened.

At some point, Verstappen, who started from seventh due to a grid penalty for a new engine, would have had to overtake Leclerc in an equal straight-forward fight.

Whether that was in the first stint, or the second stint, it wouldn’t have been easy for the championship leader to win and Ferrari‘s two-stop strategy was a gift for Red Bull.

There would have been an undercut and overcut game between Ferrari and Red Bull which we missed out on, in a similar fashion to the French GP before Leclerc crashed out, so we were robbed of some excitement around the pit stop phase.

That said, Verstappen admits Red Bull had better tyre wear than Ferrari which likely would have been enough for him to overhaul Leclerc in a head-to-head, green flag racing, fight.

“The first lap I had to be careful but we had a good start and were clean through the first chicane and for me that was the most important thing, to stay out of trouble,” said Verstappen. “Then we were very quickly back up to P3 and even into P2.

“Then I could set my sights on Charles and I could see we had better tyre degradation. Overall if you look at the pace of our car this weekend, especially today, I think we were strong.

“The pace was good on every tyre and we were comfortably the quickest on the track. You have to try and be as perfect as you can be and on most occasions this season, we have been pretty good.”

Ferrari team principal Mattia Binotto added: “Max was simply faster today. We had more tyre degradation than Max. We agreed it was the right choice to go on a different strategy to Max.”

Was a second pit stop necessary for Leclerc?

Once Leclerc did pit during the virtual safety car, perhaps he should have gone all-in to try and stay out until the end.

It would have been a huge ask but it’s much better to do out fighting and at least force Verstappen to catch and pass, rather than pitting again.

Leclerc feels the second pit stop was the right call to make as it would have been too difficult to keep Verstappen at bay.

“Max was quicker so he would have closed the gap quickly,” added Leclerc. “We could have maybe done only one stop if the VSC hadn’t ended when we were still in the pitlane.

“But he was too close and he would have probably overtaken us pretty quickly.”

Leclerc alludes to there that he didn’t get the full advantage from pitting under the VSC, but the reality is he only lost 2-3 seconds with the caution ending early.

Verstappen was always going to win, but it should have been a lot more difficult had Ferrari gone for a one-stop no matter if they pitted during the VSC or not.