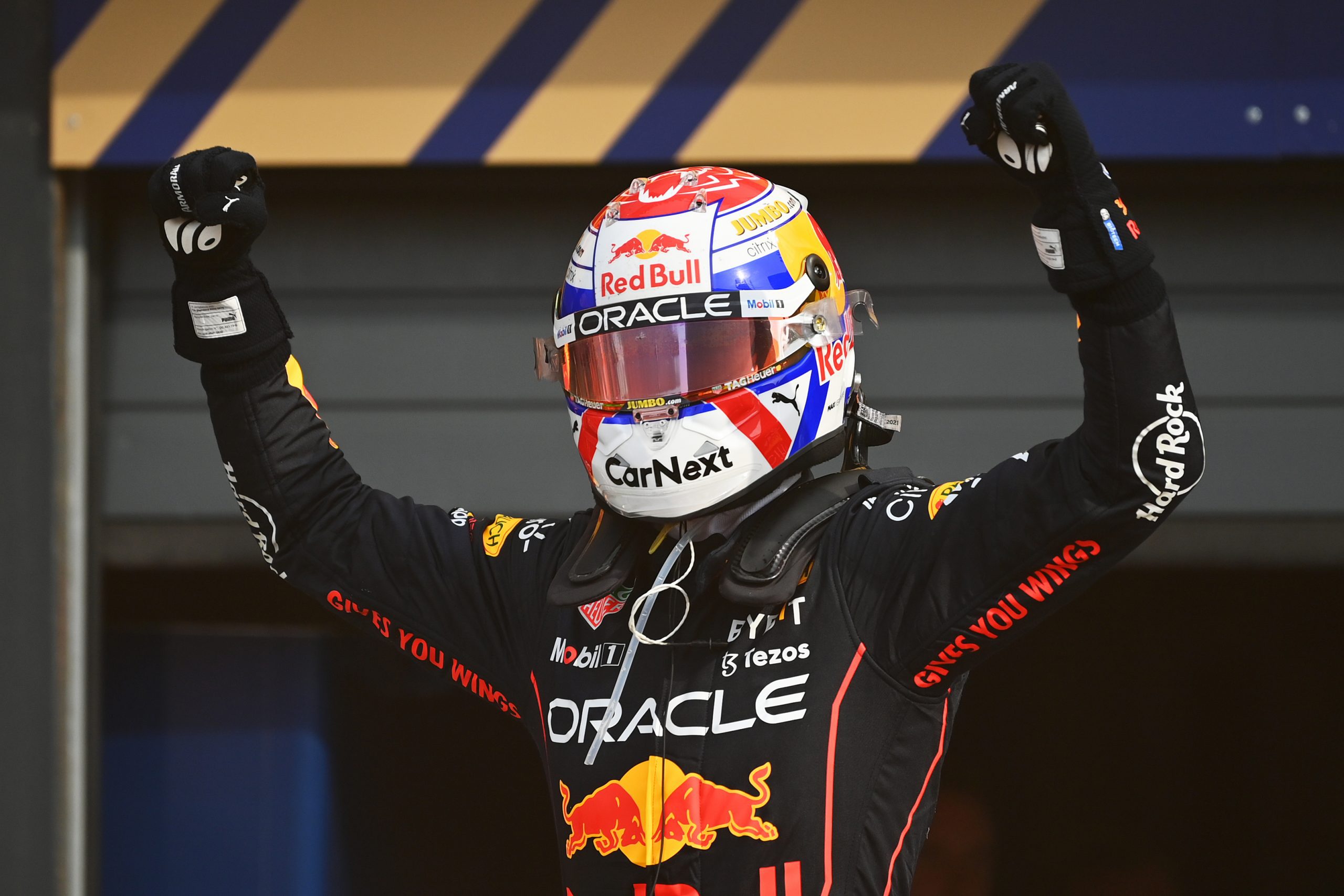 Another race, another victory for Max Verstappen. That’s four in a row for the Dutchman and 10 in total for the 2022 Formula 1 season as he closes in on a second consecutive world championship title. But he wasn’t without some good fortune in Zandvoort.

In qualifying, a mistake from his underperforming teammate meant the rejuvenated Mercs had to abandon their final flying laps, thus securing him de facto pole position, while in Sunday’s race, a virtual safety car then a full safety car played beautifully into his hands, once again to thwart the Silver Arrows.

However, that aside, there is no denying the efficiency with which Red Bull and their lead henchman are performing. Man and machine once again combined to devastating effect to the delight of the Orange Army as he took the chequered flag at the 2022 Dutch Grand Prix.

After the absolute domination at Spa last week, Verstappen and Red Bull were made to work a little harder for the win in Zandvoort.

The Dutchman nailed the start to fend off Charles Leclerc before establishing a gap big enough to ensure he could cover off any strategy of his once title rival. But it quickly became apparent the real threat lay elsewhere.

Toto Wolff was adamant Sergio Perez‘s qualifying blunder cost Lewis Hamilton pole position, so there was optimism Mercedes could join the fight for victory come race day. And so it was, as the reigning world champions opted for an alternative strategy in pursuit of a first win since Brazil last season.

However, the late VSC and then safety car delivered a chaotic final 25 laps, and once again it was Red Bull who nailed the big decisions. Sacrificing track position to Hamilton and George Russell was criticised by Sky F1’s commentary team as it happened, but it proved astute.

When Russell followed suit, Hamilton was a sitting duck and Verstappen used the soft tyres to breeze past his rival on the restart and saunter to the finish.

It would have been easy to leave their driver out on the hardest of the three compounds and hope he could hang on, but that’s not the Red Bull way.

It’s hard to remember the last time the pitwall team steered the Dutchman wrong, and such a track record is soon to be rewarded with a first championship double since 2013.

If he didn’t have bad luck he’d have no luck at all. That might not be entirely true, but you wouldn’t be surprised if that’s how Hamilton felt as he saw his hopes of a brilliant victory slip away.

The Brit did well to hold station off the line on the mediums and made his only planned stop on Lap 29 in a bid to make the medium-hard tyre strategy work.

He trailed by around 12 seconds with 25 laps to go and with Verstappen still to pit, meaning the Dutchman would have had to pass his rival if he wanted to win his home race. It was set up for a grandstand finish… until it wasn’t.

The AlphaTauri of Yuki Tsunoda bizarrely brought out the VSC and allowed Verstappen a cheap stop that all but put paid to Hamilton‘s hopes of standing on the top step of the podium.

To make matters worse, when Valtteri Bottas broke down on the main straight, Mercedes opted to gamble, leaving Hamilton out on 12-lap old medium tyres while those around him strapped on softs and flew past.

In the end, he had to settle for fourth as Russell and Leclerc rounded out the top three, and he made no secret of his assessment of Mercedes’ strategy decisions during the final part of what was otherwise a fairly processional affair.

He was more measured out of the car, adding: “My apologies to the team because I don’t even remember what I said. It was like I just lost it for a second, but I think they know it’s just so much passion.

“Especially after – we’ve had not a great year, an up and down year, we’ve not had a win since Brazil. And it’s finally there within our grasp but the safety car really didn’t help. I was just on the edge of breaking point with emotions.”

Where has Ferrari’s pace gone?

It was another disappointing weekend for Ferrari. On a track that should have suited their corner-friendly car, both Leclerc and Carlos Sainz failed to mount a serious challenge.

Were it not for Hamilton‘s misfortune, Leclerc wouldn’t have finished on the podium, while Sainz was hindered not just by his underperforming F1-75, but also by two pitstop gaffes that dropped him to eighth.

When the Spaniard pitted on Lap 14, there were only three tyres ready and waiting, resulting in a 12.7 second stop that gave him no chance of competing for a podium. To compound the misery, later on, he was given a five-second penalty for an unsafe release.

Team principal Mattia Binotto called the situation “a mess,” before adding: “It was a too late call so we had no time to react. I’m pretty sure we can improve in the future. I’m less concerned of that than the pace of the car.”

Whether it’s the new technical directive that has sparked this downturn in performance remains to be seen, but it’ll be a serious concern for bosses at Maranello HQ, especially with Monza up next.

It isn’t long ago there was talk of Perez being in this year’s title fight. After winning in Monaco, the Mexican was just 15 points behind his teammate; now, eight races later, the gap stands at an unassailable 109 points.

More alarming than that, however, is the drop off in performances. He was beaten by nearly 20 seconds in Belgium last week despite starting 12 places higher on the grid, and was more than seven tenths off the pace in qualifying at Zandvoort.

Come Sunday, he finished fifth and failed to make any impact on the race other than a spirited defence against Hamilton into Turn 1. He’s fortunate to be signed up for next year, not that that means as much as it used to in F1…

Fernando Alonso‘s fine form continued at the Dutch GP. The ageless double world champion took sixth after being promoted thanks to Sainz‘s penalty and has set up a tasty battle for team supremacy with Esteban Ocon.

He trails the Frenchman by just seven points now, so it’ll be interesting to see if any favouritism plays a part with Alonso off to rivals Aston Martin next year.