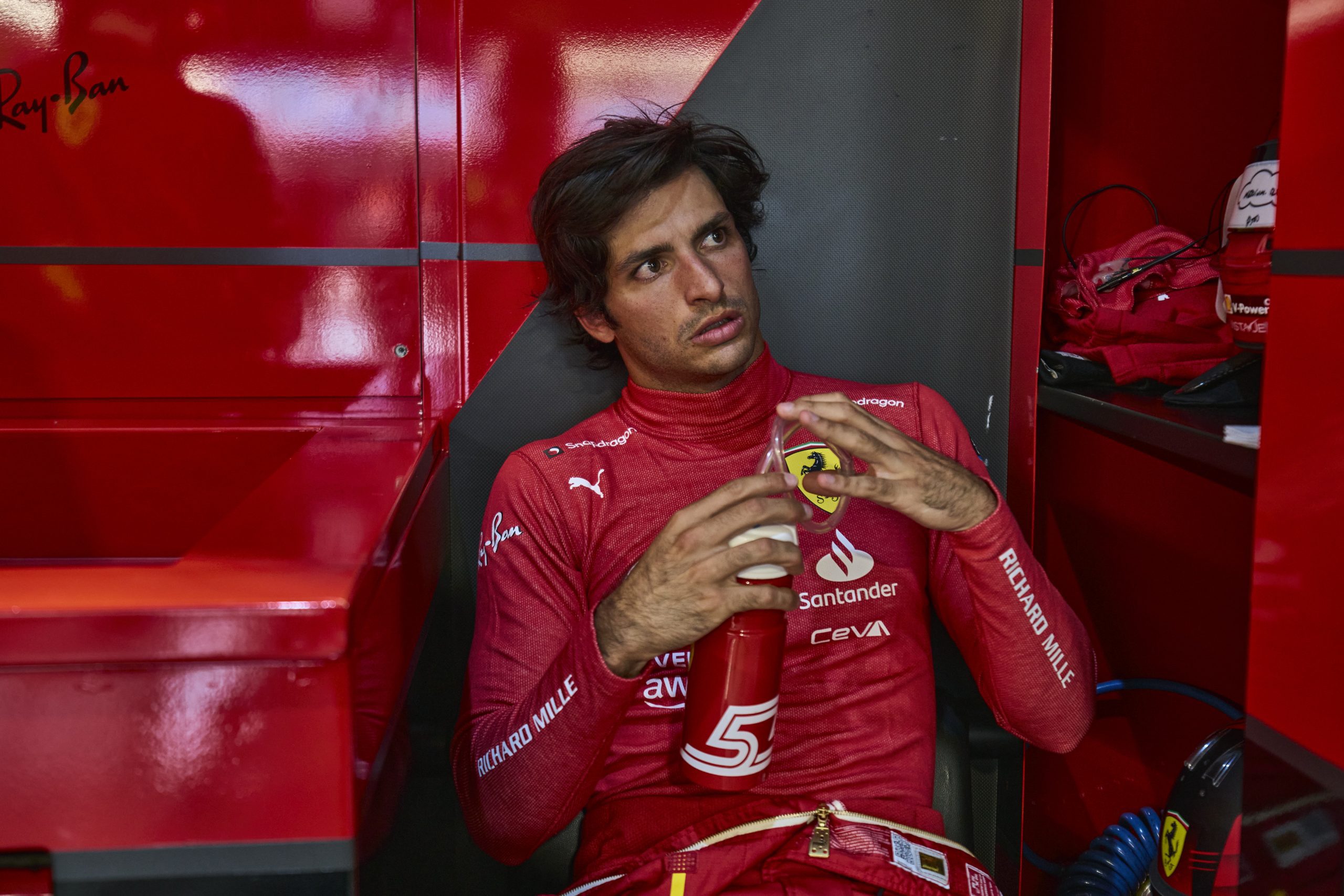 Come the end of the season, the Ferrari Formula 1 team might rue the failure that ended Charles Leclerc’s race with the Monegasque driver suffering his first retirement of the season on lap 28 of the 2022 Spanish Grand Prix.

Leclerc’s retirement ultimately handed the advantage to Red Bull and Max Verstappen, with the Dutchman cruising to claim his third win in a row and his fourth of the season. The result means both Leclerc and Ferrari have been displaced at the top of the standings for the first time in 2022, with the advantage now firmly with the Red Bull camp.

To rub salt into Ferrari’s wounds, Red Bull managed to secure their second one-two finish of the season with Sergio Perez making up three places in the race to finish second. Ferrari’s other driver, Carlos Sainz, meanwhile slipped back to fourth, with the Spaniard fortunate to finish just outside the podium places after Mercedes’ Lewis Hamilton was forced to back off during the closing stages of the race due to overheating issues with his power unit.

When the season began many expected Sainz to be in the championship mix, with the Spanish driver outscoring Leclerc over the course of the 2021 season. Things however seem to have fallen apart for the former McLaren driver with Sainz struggling with consistency both during qualifying and the races themselves.

Despite securing three podium finishes, Sainz has by and large been outperformed by Leclerc with the Monegasque driver firmly establishing himself as the team’s lead driver after the first six races of the 2022 Formula 1 season. Despite showing flashes of pace, Sainz has failed to deliver when it matters and his slightly unfortunate spin in Barcelona didn’t help his current situation.

With Verstappen looking ominous and Leclerc now second in the standings, the Maranello-based team might be inclined to use Sainz as a number two driver much the same way as Red Bull use Perez to aide Verstappen’s title quest.

When Sainz was first announced as Sebastian Vettel’s replacement in 2020, both fans and experts heralded the dawn of a new age at Ferrari, with the team having an infamous history when it came to designating driver roles in the past.

While the 2021 season lived up to this promise, Sainz may have left the team with little choice but to revert back to the formula that brought them success in the years gone by.

Having secured four poles and two wins during the season, the momentum within the team is clearly with Leclerc and if Ferrari are to break their drought in the Drivers’ Championship, one that stretches back to 2007, then based on current evidence it might make sense for the Italian team to throw their full support behind Leclerc’s championship bid.

The rise of Mercedes

As highlighted before Sainz was fortunate to finish fourth. After struggling with porpoising issues during the first five races of the season, Mercedes seem to have taken a large step forward in Spain, with George Russell and Hamilton putting in arguably their best performances of the season.

Faced with the prospect of a rapidly improving Mercedes, Ferrari not only have to claw back their early-season advantage over Red Bull, but they now also need to watch out for the team from Brackley.

Hamilton has never gone an entire season in Formula 1 without winning a race, and you can rest assured that both he and Mercedes will play a role in determining the outcome of the championship battle.

It will be crucial for Ferrari that both Russell and Hamilton stay behind Leclerc and the team will have to face the prospect of compromising Sainz’s race strategy at some point between now and the end of the season.

As things stand the dynamic at Ferrari is likely to evolve over the coming races. The team that many believed to be the class of the field in Bahrain, are now second in the pecking order, and with one driver clearly performing better than the other, perhaps a look to the past might be the best way forwards for F1’s oldest team.