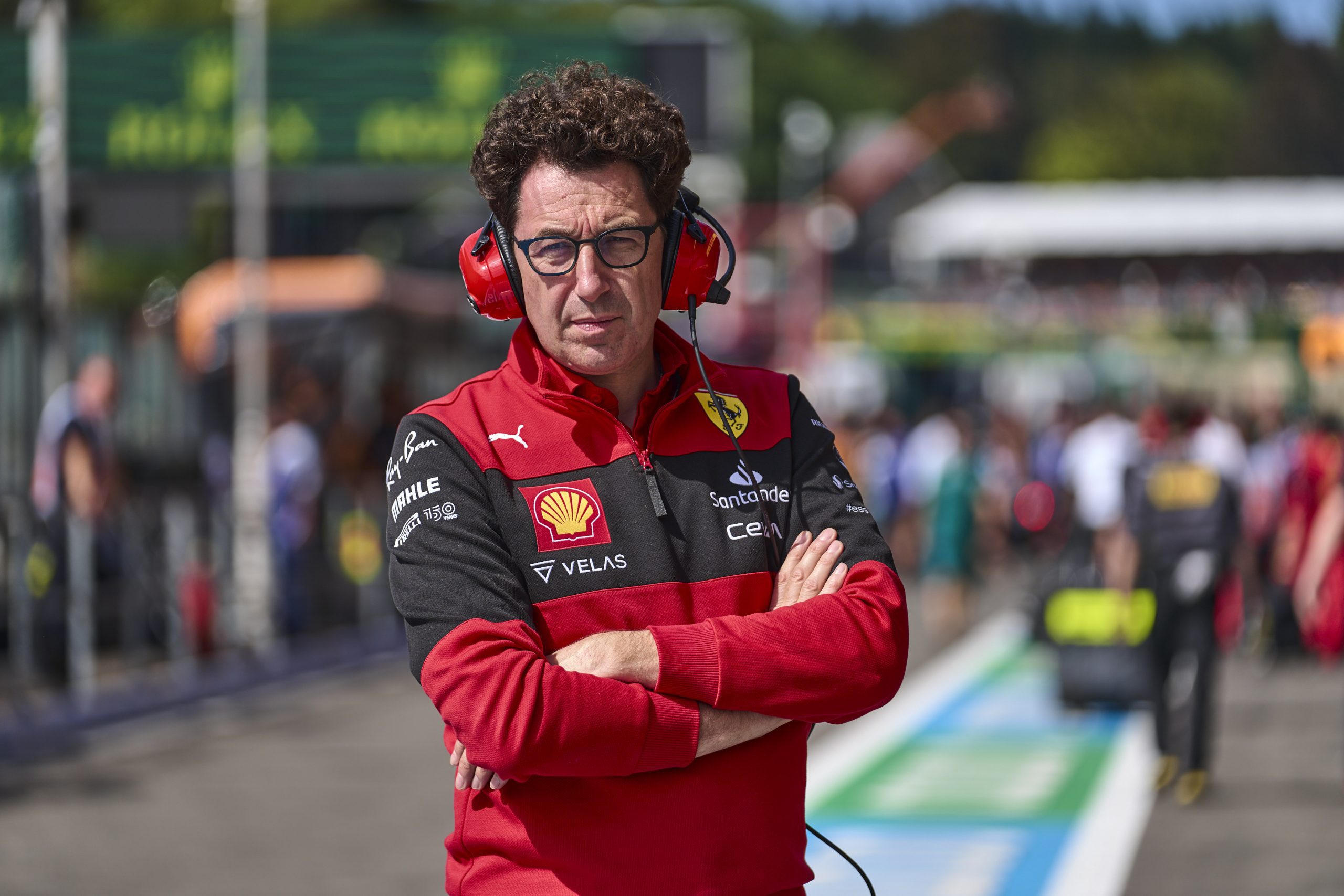 The late pit stop call that cost Charles Leclerc fifth place at the 2022 Belgian Grand Prix, and two points in the championship, was the right decision, according to Ferrari team principal Mattia Binotto.

Leclerc pitted with two laps to go at Spa hoping to get the fastest lap, but dropped behind the Alpine of Fernando Alonso so wasn’t able to bag the quickest time, and was then given a five-second penalty for speeding in the pitlane.

“The call to stop him was the right call, you need to be brave in F1,” Binotto told the media.

“There was the opportunity to get the fastest lap and there was the margin to Fernando to stop so I think it was the right decision.”

Through Leclerc swooped back past Alonso he still couldn’t beat Max Verstappen‘s fastest lap and his penalty pushed him back behind the Spaniard.

It could’ve been even worse for Ferrari, Esteban Ocon was only seven-tenths away from also getting ahead of Leclerc after the Monegasque had been penalised, but as it is he still ceded another 18 points to title rival Verstappen.

“Once again, I think it was the right decision,” Binotto added. “Then we oversped in the pitlane.

“I think it was by 0.1kph in the average pitlane speed in the pitlane, we were not using our normal sensors to measure the speed because they failed so I think overall it’s an unlucky situation.

“It’s not because of the stop and being brave, and going for a fast lap when conditions were there to go for it.”

No need to rethink strategy decisions

It’s far from the first time a call on the Ferrari pitwall has backfired on the team this season.

Botched strategy in Monaco cost Leclerc a chance at a first home win, and further gaffes at Silverstone and the Hungaroring have contributed to the 98-point gap now stretching between the 24-year-old and championship leader Verstappen.

However, when asked if Ferrari need to rethink their strategy decisions, Binotto‘s response was a resounding no.

“No, I think there’s no need at all,” Binotto said.

“There’s always a need to improve and there are lessons learned which we’re looking at and reflecting but if I look back on the season there’s a lot of perception from outside compared to the truth and reality.”

He also added that their race strategy had initially been compromised by a tear-off blocking Leclerc‘s brake duct, meaning he had to pit early and removing any possibility that Leclerc could fight through the field with Verstappen.