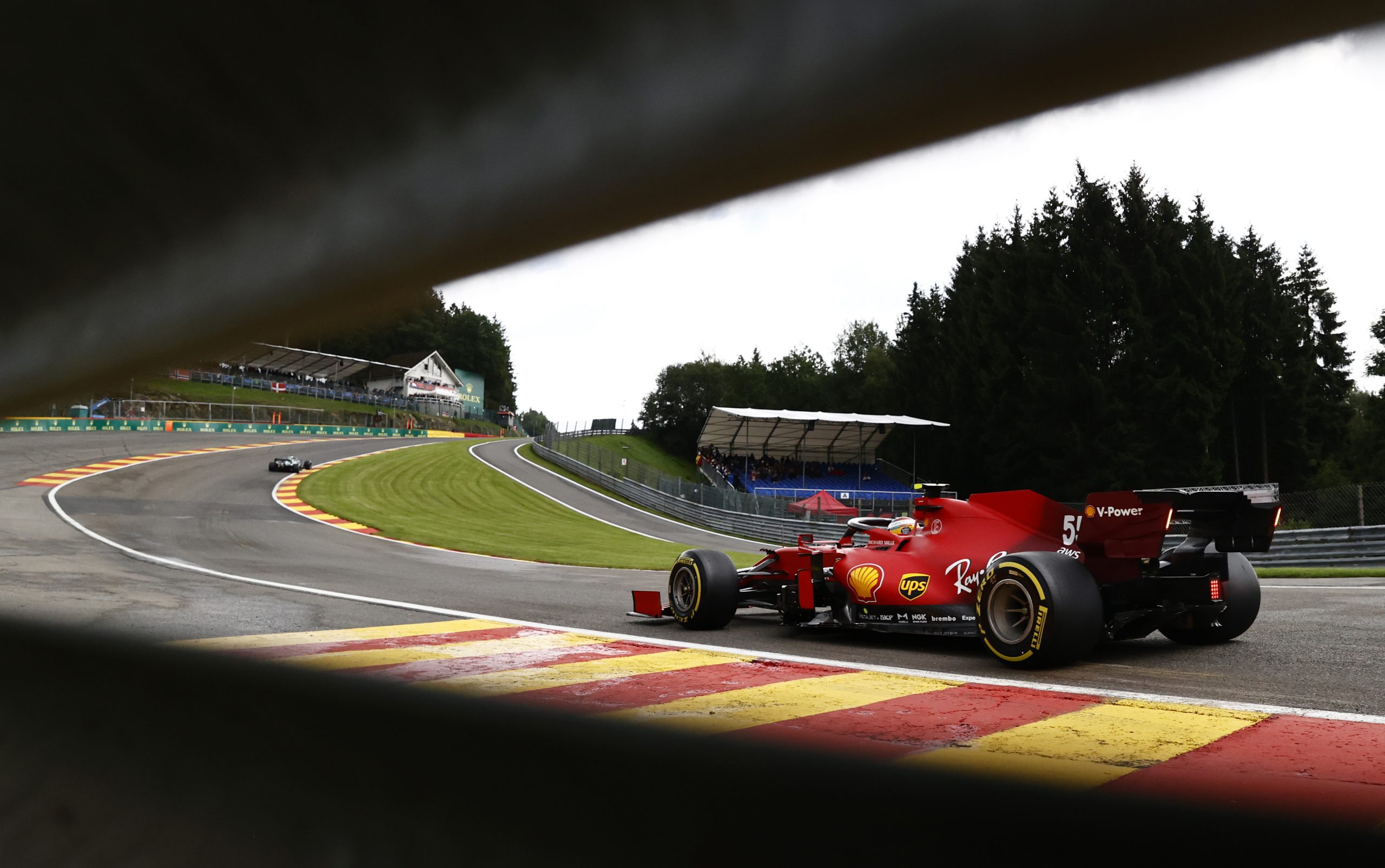 There is no more margin for error if you are Charles Leclerc in the 2022 Formula 1 title race as he looks to bridge a big 80-point deficit to Max Verstappen, starting at the Belgian Grand Prix.

However, it may already be a tough weekend for Leclerc because he is set to take on another new power unit, which will feature an updated battery.

But, hope is not all lost because several drivers including Verstappen are on the long list of potential grid penalty victims at Spa-Francorchamps.

It’s already set to be a chaotic event and the drivers haven’t even turned a wheel.

In 2021, amongst all of the chaos and drama, just four drivers avoided a grid penalty for excessive use of power unit elements.

It was inevitable that a similar situation would happen this year and we may well see at least half a dozen drivers taking a grid penalty.

One of those drivers will almost certainly be Leclerc who already started at the back of the grid at the Canadian GP, following power unit issues in Spain and Azerbaijan.

Verstappen had no power during qualifying in Q3 leading Red Bull to change his and Sergio Perez‘s engine, so they may decide to get another power unit in the pool for the final part of the season.

Nobody will want to take a grid penalty at Zandvoort, because it’s very difficult to overtake, leaving Monza in two weeks time or Spa as the logical choices to take an extra engine.

The Alpine, AlphaTauri, Alfa Romeo and Haas drivers are also on the cusp of going over the power unit elements usage limit.

If Verstappen doesn’t take a grid penalty, he will be the big favourite to win with the support of a Dutch crowd that have flocked the border into Belgium, the country where the 24-year-old was born.

Should the championship leader start towards the back, all attention will turn to Carlos Sainz.

Amid the Ferrari strategy blunders in Budapest, Sainz was well off the pace compared to Leclerc in the race although he had been in great form prior to the Hungarian GP.

He got the monkey off his back by winning his maiden F1 race at the British GP and should have the car to win if the top two in the championship are not starting at the front.

Then there is Perez, a driver who has faded away as the season has gone on, potentially due to Verstappen understanding the RB18 and getting to grips with it better.

“It has been a good break and I have really recharged for the second half of the season and I am ready for it,” said Perez.

“There are great races coming up, especially Belgium on a track that I always enjoy and the fans are always amazing there.

“I cannot wait to get back to work and see my team. I think it’s nice to start after the break with a triple header, where we can really get into our rhythm.”

We shouldn’t rule out Mercedes too, especially since George Russell took a stunning pole position last time out at the Hungaroring.

Russell took his first F1 podium at Spa 12 months ago, albeit it wasn’t a proper one, but it all came thanks to a simply outstanding qualifying lap in wet conditions.

Wet weather is forecast on Saturday at Spa so keep an eye on Russell to pull another sublime lap out of the bag.

If it’s wet, there’s no reason why Lewis Hamilton can’t be up there too. He’s on a brilliant run of five podiums in a row and admits, that allusive win is getting closer.

Asked if his first win of the year is close, Hamilton told the press: “I do, definitely, I think. Of course we’ve been improving, we’ve had this consistency that’s come up of the recent races and great progress that the team was just making, everyone pulling together, continuing to push.

“The car is becoming more of a racing car which is not particularly what it was the beginning of the year, more like a normal racing car in the sense of its characteristics so that’s positive.

“The last race was obviously the best showing that we’ve had so far. For us, that was a huge boost of just that we can close that gap.

“So it’s naturally going to continue to be tough, we will keep our heads down. The other guys are doing an amazing job but I do believe that we can close the gap.”

Mercedes‘ biggest problem will be that straight line speed remains a weakness for them so they could be too far off in Sectors 1 and 3 where a competitive car heavily relies on aerodynamics and the power unit.

It may also be difficult for Hamilton and Russell to overtake, or they could be sitting ducks in the Grand Prix.

Finding that compromise between a low drag rear wing that helps top speed, but hinders you in the corners, and a bigger rear wing for more downforce and less speed on the straights, is particularly tricky at Spa-Francorchamps.

The teams have to play to their strengths and consider whether they have enough straight line speed to not go backwards in the race if there is a train of cars within a second of each to get DRS.

Following several quite frankly scary and worrying accidents at Spa-Francorchamps in many motorsport categories in recent years, not least Anthoine Hubert‘s fatal accident in Formula 2 in 2019, track organisers have added some safety features.

La Source (Turn 1) now has gravel on the exit with many other corners seeing gravel return including Les Combes (Turns 7, 8 and 9) and Blanchimont (Turn 17).

The famous Eau Rouge and Raidillon section is slightly tighter with more run-off to the left-hand side in a bid to stop cars hitting the barrier and coming back onto the racing line.

It’s a welcome change and it’s actually made the 7.004km track become more challenging like it used to be over a decade ago.

All of the drivers have liked what they have seen so far on their track walks, including AlphaTauri‘s Pierre Gasly.

“I like it a lot more to have the gravel, like the straight after the curves, because I do think if you do a mistake and go off track, at least you pay a real price for it, rather than having a big piece of tarmac where you can re-join the track,” Gasly told the press.

“I think just a new approach of racing, you know, also for the race start, coming into Turn 1, 20 cars coming there, it just changes slightly, your approach and the stuff you can try.

“I walked the track this morning. Turn 1, Turn 9, Turn 12 as well. We may see more safety cars. I don’t know, maybe we’ll see a bit more actions or a bit more yellow flags.

“I don’t know but at least it really forces you to be more disciplined and have a slightly different approach compared to the past. So I’m in favour of that.”

Will the technical directive change the pecking order?

And the last major talking point has to be the technical directive that is being introduced from this weekend which will basically see some more stringent tests to see how much the cars are porpoising and if any teams have flexi-floors, which is not allowed in F1.

Red Bull and Ferrari are said to be the target of this but both teams have made it clear the technical directive will have very little effect on their performance.

They are probably right. Will everyone else gain half a second or so because of the new tests? Highly doubtful.

There were technical directives implemented throughout last year, including a test on flexible wings, and it didn’t stop Mercedes and Red Bull from going toe to toe at nearly every event.

It’s likely this will be a non-talking point, at least for now, since there is a big debate regarding the 2023 regulations which were announced in mid-August which will see the cars’ diffuser and ride height raised. We can save that for another day though and let the track action do the talking.