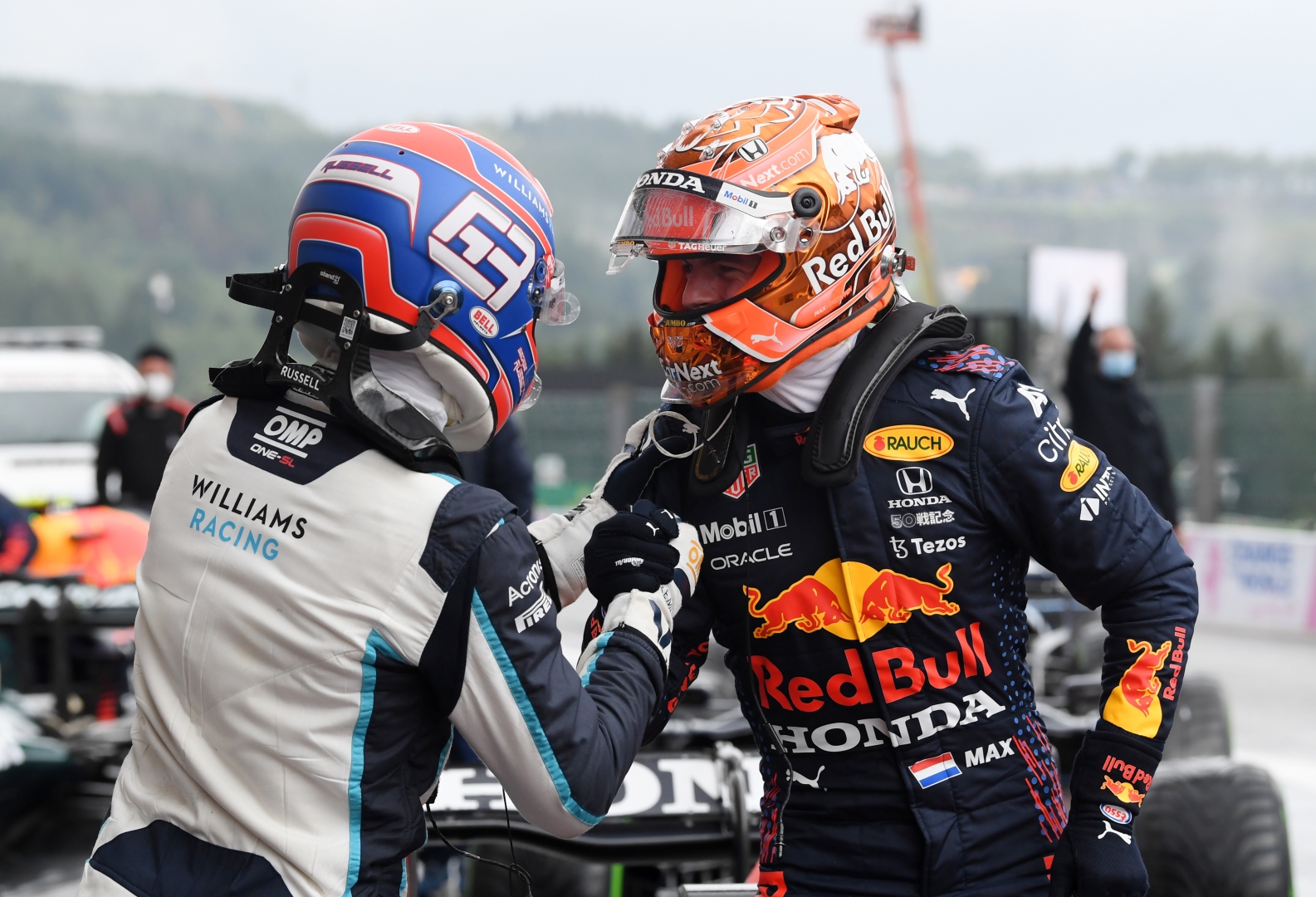 The starting grid for the F1 2021 Belgian GP doesn’t look like it should after a brilliant performance from George Russell saw the Brit put his Williams on the front row of the grid behind the Red Bull of Max Verstappen.

So good was Russell’s lap that even Mercedes’ Lewis Hamilton was unable to better it and thus he will start behind the Williams in third position.

Further down the Belgium GP starting grid, we see Daniel Ricciardo get his McLaren into fourth, just ahead of Sebastian Vettel’s Aston Martin.

Meanwhile, both Ferrari drivers – Charles Leclerc and Carlos Sainz – qualified outside the top 10, in ninth and 11th place respectively, but thanks to Valtteri Bottas and Lando Norris receiving five place grid penalties, they will move two places up the starting grid.