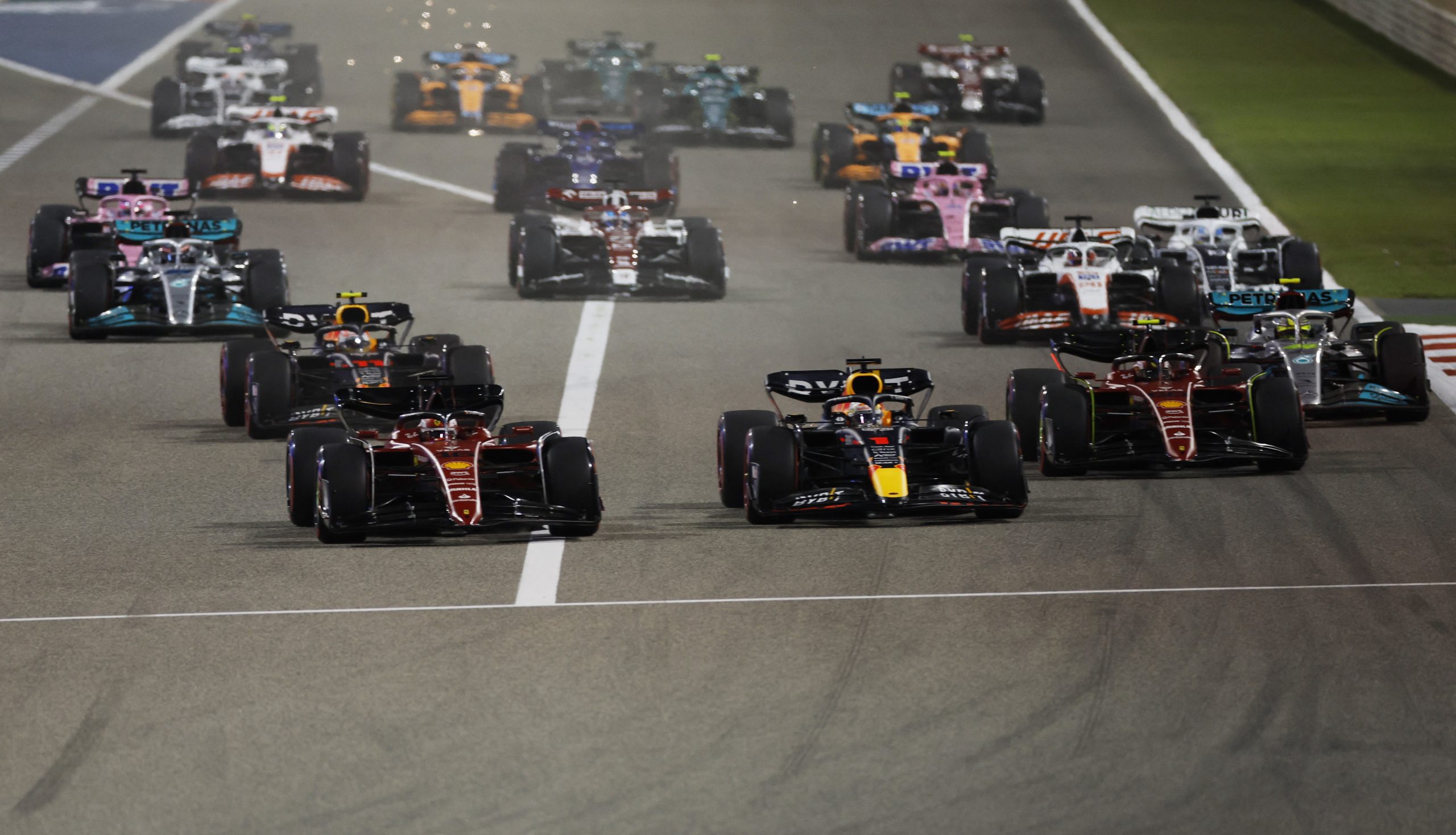 Pole sitter Leclerc got off the line well and kept first place until the first round of pit stops, when Verstappen, who stopped the lap before the Ferrari man, came back at him and pair swapped the lead on three consecutive laps before Leclerc eventually won out.

Then after a late safety car, Verstappen had a problem with his car and eventually had to retire his car, as Sergio Perez lost it into Turn 2 after a late charge from Mercedes‘ Lewis Hamilton, meaning the seven-time champion took third.