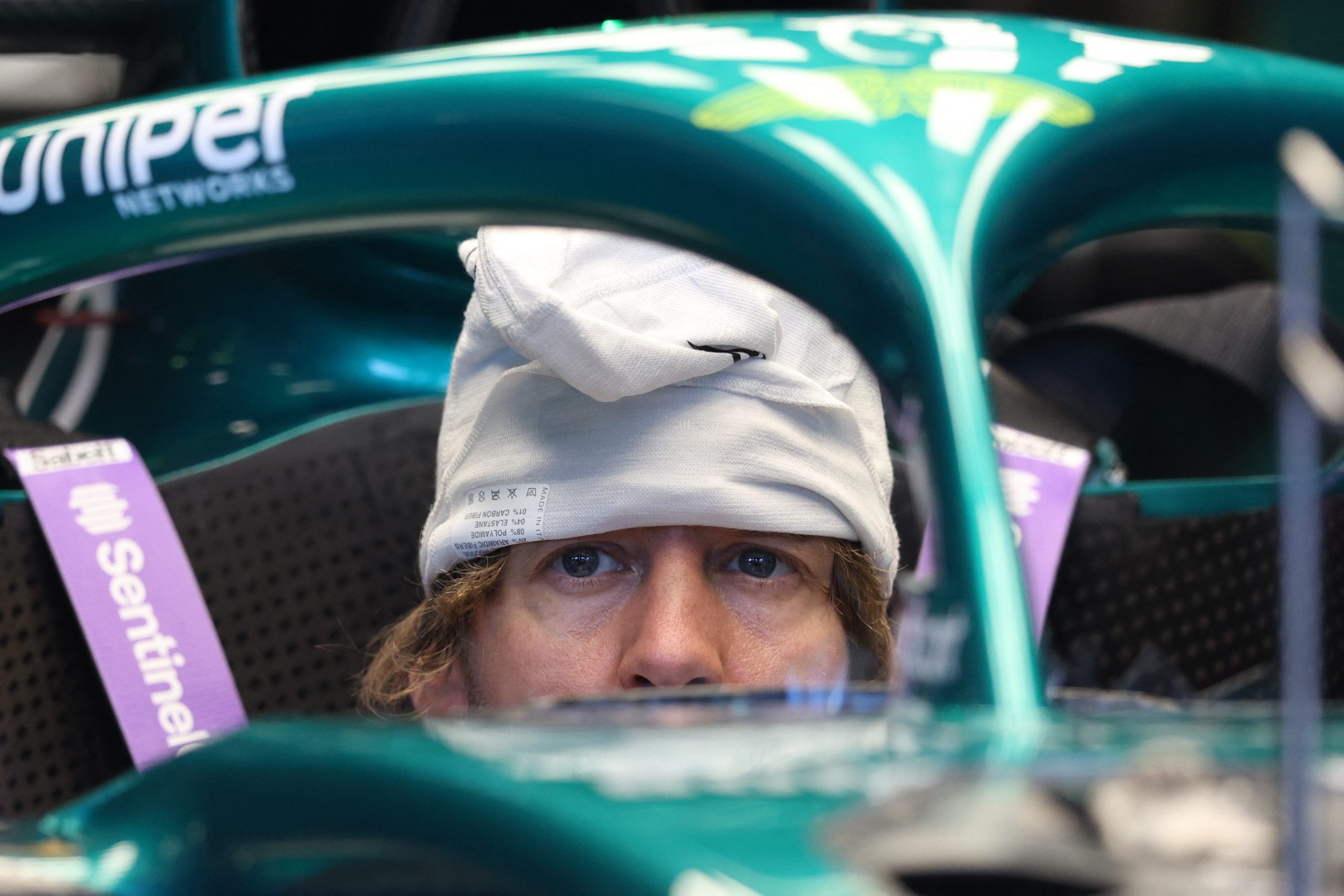 There is no exaggeration when saying Aston Martin had a 2022 Australian Grand Prix weekend which the team wish they could wipe from their memories. Crashes, incidents and fines were the story of Sebastian Vettel‘s and Lance Stroll‘s three days in Melbourne, a series of events which cannot be repeated.

Aston Martin are the only team yet to score points after three rounds, but their problems are bigger than that, and the events at Albert Park underlined an inherent issue at Lawrence Stroll‘s team.

This must be the low point for Aston Martin because they were borderline embarrassing at the Australian GP, and they will know that deep down.

Vettel was returning from coronavirus in Melbourne, so expectations were low for the four-time F1 world champion. Nobody could have predicted he would struggle as much as he did though.

An engine issue in the opening practice session meant Vettel came to a halt and ended up riding a scooter back to the pit lane. He was given a €5,000 fine for doing so and missed FP2 due to the engine problem.

A crash at the high-speed Turn 9/10 chicane damaged most of his car in FP3 and he was lucky to compete in qualifying. Ironically, Stroll‘s bizarre collision with Nicholas Latifi enabled Vettel to qualify 18th, although he picked up a €600 fine for speeding in the pit lane.

In the race, Vettel had a minor off at Turn 11 where he just avoided the barriers but his race came to an early end when he spun and hit the wall at Turn 4.

“My lack of race experience with this car did not help today,” said Vettel. “I was pushing a little too hard and I lost the car on the kerbs at Turn 4 and could not prevent the impact, which is very frustrating.

“Every lap in race conditions counts because this was my first time racing this car, so it is a shame not to have completed the race. We know that the car is challenging, but we are continuing to search for solutions to add more performance.”

It’s hard to think of many worse performances than Vettel‘s from the weekend. Perhaps Antonio Giovinazzi at the 2017 Chinese GP, when he had two big crashes on the main straight in qualifying and the race.

Or maybe Yuji Ide‘s final straw incident at the 2006 San Marino GP when he hit Christijan Albers and sent the Dutchman into a barrel roll, subsequently leading to his super licence being taken away. Who would have thought we’d be comparing Vettel with Ide?

Not much better for Stroll

Some of Stroll‘s criticism during his F1 career has been unfair, but any backlash he received for his performance in Melbourne is difficult to defend.

As strange as it was that Latifi let him by during the first part of qualifying at Turn 4, only to try and immediately try and get back past, the collision was completely Stroll‘s fault.

Stroll admitted he was looking in his mirrors, yet still turned into the oncoming Latifi. When speaking to the media, Stroll tried to use the narrowness of the track as an excuse and appeared to struggle to defend his actions. The stewards handed him a three-grid place penalty.

“It was a messy day, unfortunately,” said Stroll More than anything, I want to say thank you to the team for their incredible hard work today. It was not easy to get the car ready for qualifying, but they managed it.

“It was a shame to have such an awkward incident with Nicholas in Q1, though. It happened at a narrow point of the track and I was following the curve of it to the right. As I went to the inside, he accelerated at the last second and made contact.”

On Sunday, Stroll actually showed glimpses of strong pace and could have scored points. However, he received a five-second time penalty for weaving and was fortunate to get away with a further penalty when pushing Valtteri Bottas wide at Turn 3.

The Canadian just struggles with his racecraft and that’s a big problem when you’re racing in the midfield most of the time. A clash with Alex Albon on the penultimate lap of the Saudi Arabian GP also saw Stroll escape a penalty, with the stewards instead putting the blame on the Williams driver, which was very surprising.

For all of Stroll‘s spectacular laps such as Monza 2017 or his incredible pole position at the 2020 Turkish GP in the wet, he is far too inconsistent and can get found out when battling other cars.

How much trouble are Aston Martin in?

It’s hard to judge where Aston Martin are in the pecking order because Nico Hulkenberg stepped in for Vettel at the first two races and Stroll‘s performances have been all over the place.

The AMR22 is not the slowest car on the grid, but it does look like a handful, at least in the hands of Vettel and Stroll. Similarly to Mercedes, porpoising is stopping the team from unlocking the potential of the car and the aerodynamics of their 2022 machine is a big weakness.

Aston Martin will score points at some point this year, but their short-term concern will be crashes and spare parts.

You have to feel sorry for the crew, as frustrated as they would have been, who repeatedly repaired Vettel‘s and Stroll‘s cars in Melbourne. They are some of the unsung heroes of F1 and deserve huge credit for picking themselves up to simply get the cars out on track.

There will be big worries at Aston Martin and 1997 world champion Jacques Villeneuve believes the situation is dire.

“Stroll‘s incident with Latifi in qualifying was just embarrassing, and I think Vettel would rather be at home,” Villeneuve told Formule 1.

“He also made mistakes at Ferrari, but his mistakes this weekend were something else. They were not big hits, and sponsors don’t like that. It also costs money because of the lost points let alone the damage.

“The question now is what is Lawrence Stroll doing? If he treats his drivers the way he does business, those are not nice conversations.

“Even in the long run this not an easy situation to solve. They have build a car comparable to Williams or a Haas, but those teams did it with less budget.”

The budget cap will make it difficult for Aston Martin to improve the stability of the car and if there are fundamental problems, they may have to consider writing off 2022.

Confidence must be at an all-time low and the team badly need a leader to gather everyone together to get back on track, whether that’s team principal Mike Krack, CEO Martin Whitmarsh or Lawrence Stroll himself.

This is a real test for Aston Martin and they must ensure that a weekend like Australia 2022 never happens again.