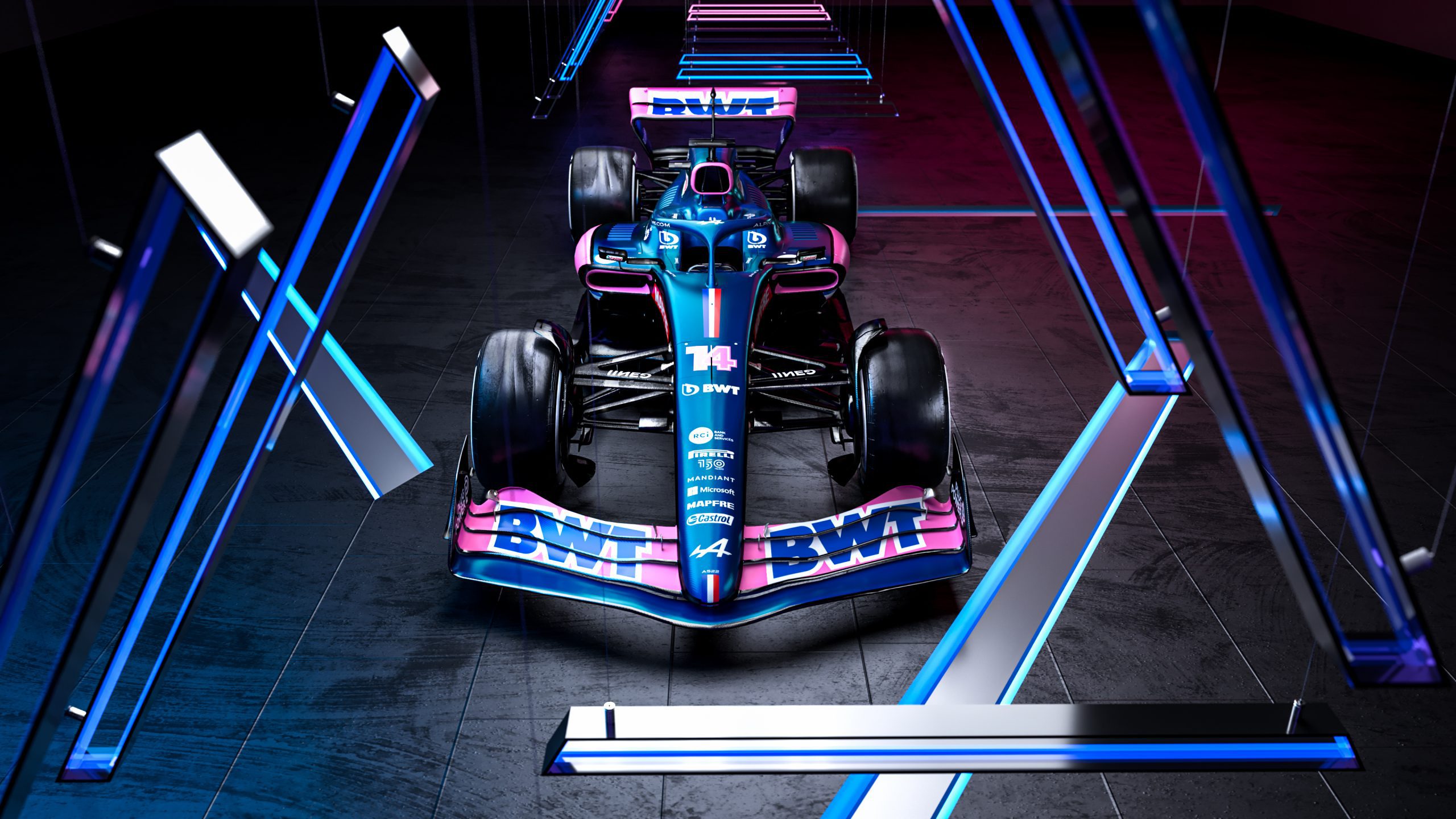 Alpine have had their eyes set on 2022 for three seasons, with Fernando Alonso stating the new regulations were the reason for his return to Formula 1.

In an interview after qualifying for the Turkish Grand Prix, Alonso first used the term El Plan which led to the phrase trending on social media.

“El Plan, you have to wait a few more months to find out,” Alonso told DAZN. “For now, above all, you have to believe in El Plan.”

That time has now finally arrived and anything less than a car which can challenge for podiums would be a disappointment.

Since 2019, Alpine have been gearing all of their efforts towards the new regulations.

They used the same engine, chassis and gearbox for three seasons, sacrificing their 2021 as other teams came up with new designs.

An underwhelming 2019 led to Alpine asking themselves, produce a new car for 2020, or go all-in for the new regulations, which were originally set to be introduced in 2021.

The coronavirus pandemic pushed the new regulations back by 12 months, so Alpine were forced to endure some pain last year although they still managed to finish fifth in the Constructors’ Championship and Ocon won his maiden race at the Hungarian GP.

Huge emphasis on the power unit

Alpine’s Renault power unit was behind on power compared to Mercedes, Honda and Ferrari in 2021 so their new engine needs a significant improvement if Alonso and Ocon want to challenge for the championship.

The team’s CEO Laurent Rossi has described the new split-turbo design as a gamechanger and is confident the new engine will be reliable during pre-season testing which begins this week on February 25-25.

F1’s engine freeze from the start of this season until 2025 means every team have thrown everything at this year’s power units as upgrades will not be allowed after the season-opening Bahrain GP.

Mercedes and Ferrari have also been developing their engines over the winter, so Alpine will need to make a big step forward in this department.

A straight line speed deficit will affect how the team can set up the car, with wing levels being trimmed to compensate the top speed deficiency. It’s a situation Alpine cannot afford to find themselves in.

There have been some major changes to the structure of Alpine‘s F1 team, with Otmar Szafnauer becoming team principal, having left Aston Martin.

Experienced duo Pat Fry and Mark Harman will lead the technical side of the team, so they will have played a key role in the design of the A522.

Marcin Budkowski has been replaced by Bruno Famin, who led Peugeot to victories at the Dakar Rally and the Le Mans 24 Hours. He also masterminded Sebastien Loeb‘s record Pikes Peak run in 2013.

The reshuffle indicates all is not well at Alpine, as stability is key in any F1 team. However, it doesn’t mean the car will perform badly.

In 2014, Luca di Montezemolo, Stefano Domenicali and Marco Mattiacci left Ferrari but a year later Ferrari bounced back to be Mercedes’ closest challengers.

Renault themselves in 2010 built a much-improved car, 12 months on from the departures of Flavio Briatore and Pat Symonds.

One last dance for Alonso?

Alonso demonstrated he’s still one of the best drivers on the grid during his return to F1 in 2021.

Over the season, he had the upper hand on Esteban Ocon, who had some excellent performances himself as he won his maiden Grand Prix with a brilliant drive in Budapest.

Ocon and Alonso pushed each other hard, as they made the difference to beat AlphaTauri in arguably an inferior car.

Alonso has been waiting for a third World Championship for 16 years, and realistically 2022 will be his last chance to land another historic title.

With Formula 2 champion Oscar Piastri on the sidelines as Alpine‘s reserve driver this year, Ocon will be under pressure to deliver in order to keep his seat.

Alpine are the team with the biggest question marks over them because they haven’t shown any clear indications of progress, yet putting all of their resources into 2022 at an early stage could make them a threat.

There are no excuses and everything has been building towards El Plan, which may cause one of the biggest surprises in recent F1 history.