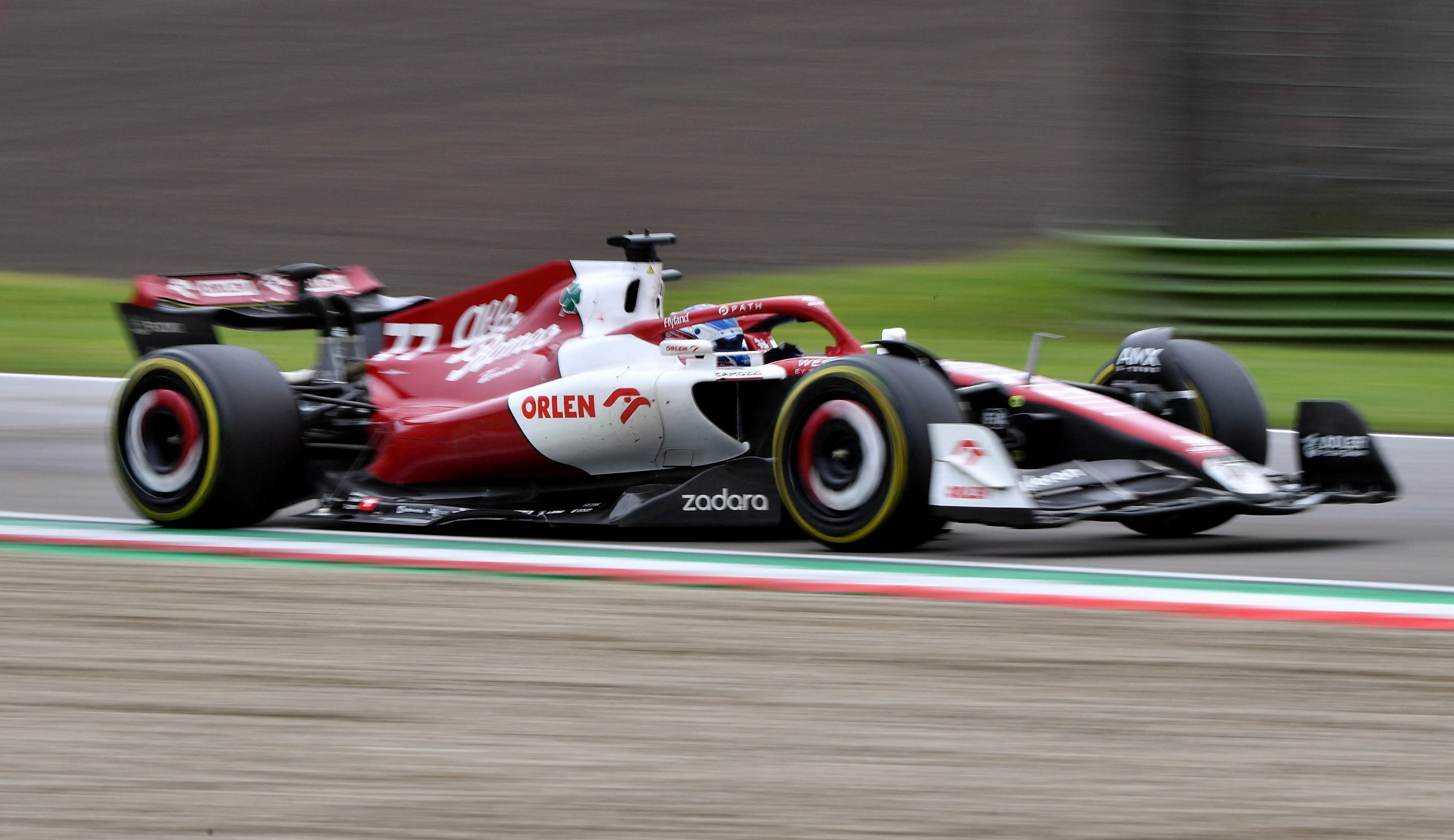 While all eyes will be on the battle between Ferrari and Red Bull at the inaugural 2022 Miami Grand Prix, Damon Hill believes Alfa Romeo will be feeling optimistic heading into the fifth race of the 2022 F1 season.

After finishing the 2020 and 2021 campaigns with a combined 21 points, the team that is operated by Sauber Motorsport AG have turned it around this year.

Rookie Zhou Guanyu has a point to his name after finishing 10th in his maiden race in Bahrain, while Valtteri Bottas has seamlessly slotted in with his new team after joining from Mercedes.

The Finn’s efforts are a big reason why Alfa Romeo currently sit fifth in the Constructors’ Championship on 25 points after four races, and Hill wouldn’t be surprised if that good form continued at the Miami International Autodrome.

“Alfa Romeo,” Hill said on the F1 Nation podcast when asked who will head to Miami full of optimism. “They’ve got a good team.

“Zhou Guangyu is actually doing a very good job as a new driver, and Valtteri is absolutely happy as can be there.

“He knows he’s valuable to the team and they’ve provided him with the equipment, he’s been in the mix. I think they’re going to go there feeling very positive and optimistic.

“I think they will be looking forward to going to the next race.”

Ferrari on the back foot?

As for the front of the grid, Red Bull head to Miami off the back of a 1-2 finish at the Emilia Romagna Grand Prix that saw Max Verstappen cut into championship leader Charles Leclerc‘s lead.

The Monegasque driver could only salvage a sixth-place finish, while teammate Carlos Sainz retired on the opening lap, and Hill can’t help but wonder if the Scuderia feel momentum has swung Red Bull‘s way.

“I think Ferrari, unless they’ve got a big upgrade package, might be thinking the tide has turned a little bit,” Hill said.

“I think Red Bull will be the most optimistic, they’ve got a spring in their step back. They’ve survived the transition from the old spec to the new spec.

“They brought the challenge relentlessly to Mercedes all last year, and they are clearly not unhappy with the car they’ve got at the moment.”

Ferrari lead the Constructors’ Championship with 124 points, with Red Bull just 11 points back in second.