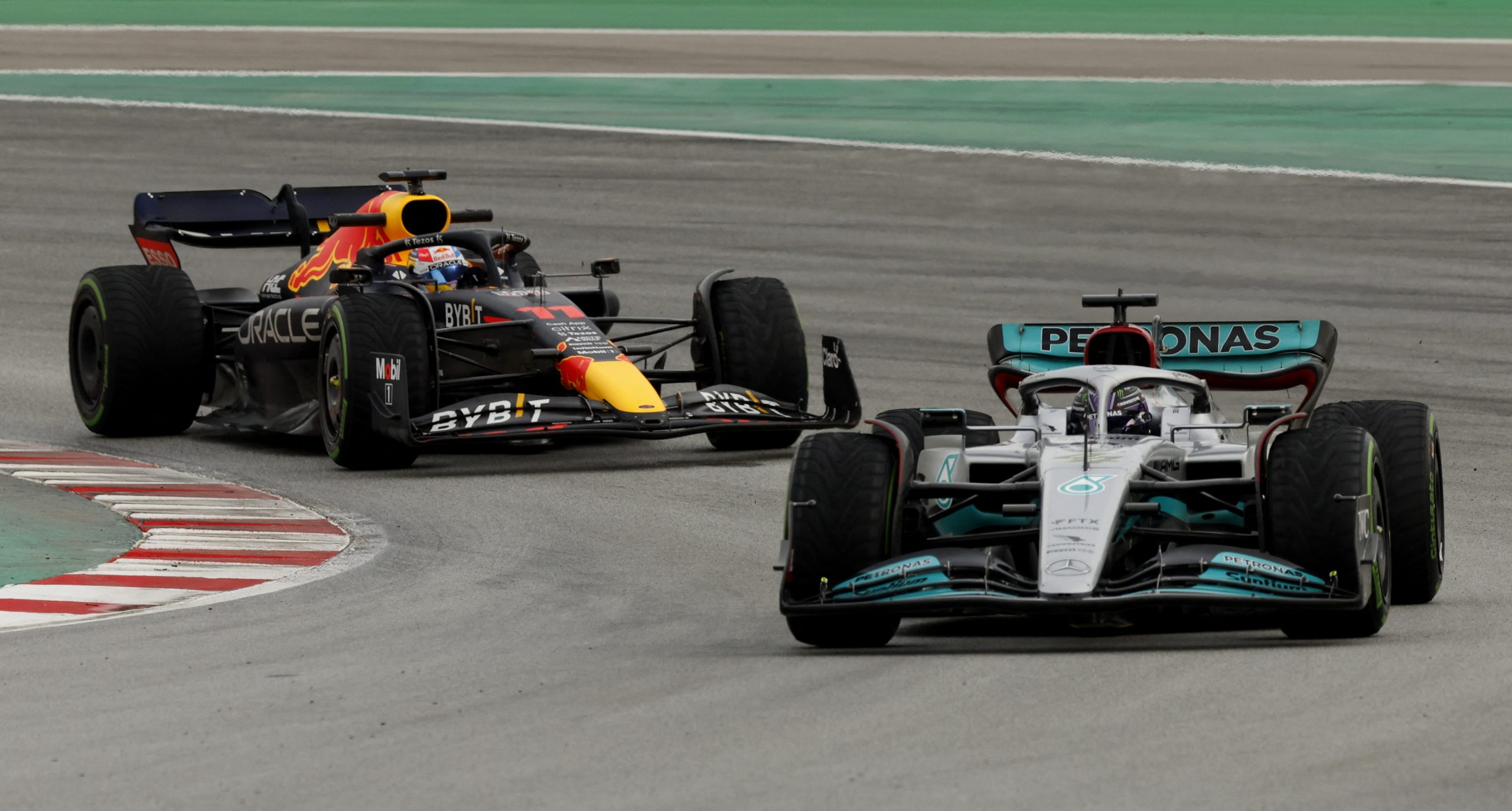 The start of Formula 1‘s new era is just days away, but first there is the important matter of a final pre-season test in Bahrain, where the first round will take place. Three more days of testing will give us a good idea of who is set for silverware in 2022 and which teams face a long year ahead.

Lewis Hamilton finished the first test at the Circuit de Barcelona-Catalunya at the top of the timing sheets, as he led a Mercedes 1-2 from teammate George Russell.

It didn’t tell the full story though and three days of on-track action in Sakhir will set the tone for the highly-anticipated season.

Breaking down the front four teams

Nobody dominated the first test which suggests no team will replicate Brawn‘s stunning title-winning season in 2009, or Mercedes‘ dominant 2014 when the turbo-hybrid era began.

Just like 2021, Mercedes, Red Bull, Ferrari and McLaren appear to be the leading four teams, but the order was impossible to call.

The Bahrain test should give a clearer indication about the strengths and weaknesses of the front-running teams, as well as who was holding the most back in Barcelona.

One major factor that could break up the pecking order is the new developments that the top teams will bring to Bahrain.

It’s possible Mercedes and Red Bull will bring a B-spec car which is vastly different from the car that was run in the first test.

This could be a blow to the rest of the field because it suggests 2021’s top two teams have plenty up their sleeve going into the second test.

Upgrades and new parts are all well and good, but they have to work. Should they not then a team will be on the backfoot and it will put their test programme on hold.

All eyes will be on the floors, sidepods and the diffuser to see what further innovations the teams have come up with.

Long runs to tell the story

Apart from the final day of testing, one lap pace means very little because it’s impossible to know what fuel loads and engine modes a driver used on their best lap.

However, when the drivers conduct race simulations, it will give a much clearer picture about the pecking order.

You might ask, why is this the case? If we see a driver complete around 57 laps without being wheeled back into the garage, it means they have conducted a race simulation and started their run on a full tank like it’s the start of a Grand Prix.

There will be little difference in the fuel levels between drivers so we can make a comparison to see who is looking strong. Of course, the conditions and engine levels can make a difference, but it’s as good of a like for like comparison that we will be able to analyse.

The drivers will be pushing reasonably hard too, like it’s the practice session of a Grand Prix weekend.

There’s no reason not to test the limits of the car over a race distance and to see what the bigger 18-inch tyres are capable of.

Will porpoising still be a problem?

Porpoising became everyone’s favourite word in the first test as the return of ground effect caused most cars to bounce severely at high speed on the straights.

The Bahrain International Circuit has more long straights than the Barcelona track so it will provide a firm test to see which teams are still struggling with a jumpy car.

Alfa Romeo had major problems with porpoising in Spain, whilst McLaren appeared to be one of the teams who fared better with it.

Racking up the miles will still be the most important job for the teams, especially for those which had reliability woes in Barcelona.

Aston Martin, AlphaTauri, Alpine and Haas all lost at least half a day’s running after they suffered various issues and crashes on Day 3 of the first test.

Alpine, in particular, will be eager to test the reliability of their new power unit, whilst Haas cannot afford to finish bottom of the mileage charts again.

In 2021, the final hour of the last day of testing saw some teams push for headline times and it ended with Max Verstappen on top.

Fast forward to the season-opener and it was Verstappen who took pole position by nearly four tenths of a second. If there’s any time to look at the best lap times, it’s this Saturday.

How to watch the second F1 test in Bahrain?

Unlike the first pre-season test, there will be live coverage of testing from Bahrain on Sky Sports F1 in the United Kingdom and Ireland and F1 TV in various countries across the world.

We will have plenty of analysis from the test each day, right here on Total-Motorsport, so you can get an idea of which teams will be at the front and back of the pack when F1 in 2022 finally begins on March 20.