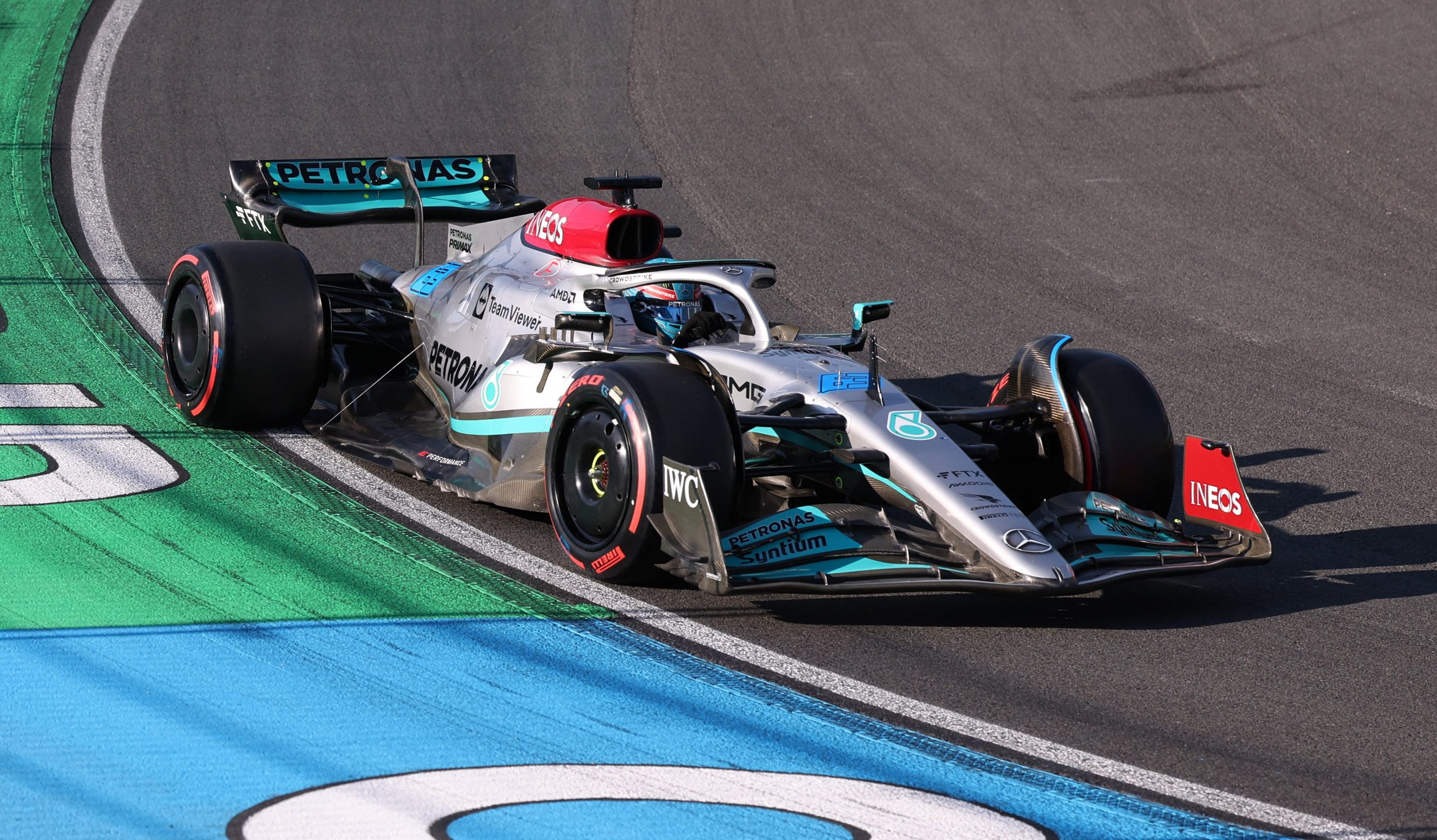 Former Formula 1 world champion Jacques Villeneuve thinks that the power dynamic at the Mercedes team is shifting following the events of the 2022 Dutch Grand Prix, where George Russell pipped Lewis Hamilton to a podium finish after a shrewd strategy call.

Following his horror show in Belgium, Hamilton had a much better outing in Zandvoort with the seven-time world champion challenging for his first win of the 2022 season. While Hamilton and Mercedes had the pace to challenge Max Verstappen, an untimely Safety Car period cost the British driver a shot at the win after he failed to pit for soft tyres.

His teammate Russell on the other hand, made the decision to pit, meaning he was able to overtake Hamilton en route to a second-place finish. Villeneuve believes examples such as this indicate a shift in the power dynamic between the two Mercedes drivers.

“I see a tilt within Mercedes, George Russell is quickly developing into the leader of the team,” Villeneuve wrote in his column for Formule1.nl.

“He took the decision himself to go for that soft tire, Hamilton could have done the same with all his experience and championships. They (Hamilton and Mercedes) decided to go for the win this way and it turned out not to be the right decision.

“For years their advantage was so big that they didn’t have to make very difficult decisions strategically. They were winning anyway. Now that they are less fast, it is harder to make the right call. Then Hamilton also messed up his restart, that’s where he ended up losing his podium as well.”

The ensuing drama led to an expletive-laden radio message from Hamilton to his team, with the British clearly frustrated with the situation. Hamilton has since apologized for the message, though Villeneuve wasn’t impressed.

“I was amazed by Lewis Hamilton’s outburst in the race and especially the way he did it,” Villeneuve continued.

“He was aggressive, insulting almost. It’s good that he apologized, but this doesn’t suit a champion. After everything the team has meant to him, you shouldn’t address them like that.”